The Unwisdom Of Solomon 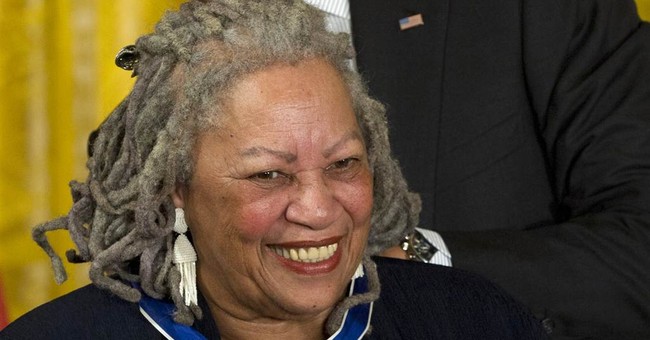 Tee-hee; snicker-snicker. Look at those right-wing clodhoppers scrambling for cover. Yes, sir, Highland Park High School, in Dallas, having "reassessed" seven maligned literary classics -- among them, the never-to-be-forgotten "The Art of Racing in the Rain" and "The Absolute True Diary of a Part-Time Indian" -- restored them to its approved reading list, local bigots and prudes notwithstanding. (A local bigot is someone who suspects John Milton may be a greater writer than Stephen King.)

What a field day for those, um, intellectuals who specialize in ridiculing parents rude enough to question the grounding of high school students' literary tastes in -- as the Associated Press summed it up -- "sex scenes and references to rape, abuse, and abortion." Highland Park High -- one of the best, most successful high schools in the country, by the way -- suspended the use of seven titles protested by parents.

The expected furor developed. Furors always develop when the bien-pensants of the left catch the peasants of the right insisting on the priority of literature over contemporary politics and sociology. Hands fly up in mock horror. "Oh, save us from the book-banners!" goes the by-now mechanical cry. The targets of this well-practiced rhetoric usually retreat in confusion. Back onto the shelf -- as at Highland Park High -- go the titles.

We never quite get to the real point, which, it occurs to me, is how come students are asked -- or required -- to spend their valuable time with Garth Stein, say, in preference, say, to Nathaniel Hawthorne or, if you want to get modern, Walker Percy. What confers on abortion and homelessness -- real as these horrors may be -- greater relevance than the topics with which the Greeks wrestled: pride, fate, honor, the conflicts that can arise between passions of very different origins and character.

I mean, look -- if you want to read "The Art of Racing in the Rain," a dog's-eye view of racing and (somehow) reincarnation, fine, that's what free speech is for. But don't stick it in front of a kid in preference to "The Iliad," or "Othello," or "Moby Dick," or "King Lear," or "The Grapes of Wrath," or "The Prince" -- all of which deservedly decorate the Highland Park High School reading list. First things first -- isn't that the ancient formula?

Among the seven books that earned temporary suspension from the reading list is Toni Morrison's "Song of Solomon," which Wikipedia tells us is Barack Obama's favorite book (save for his own books, I infer). Wikipedia tells readers to prepare for hearing about a mother obsessed by her husband's dead body, a female Christ, six unsuccessful attempts by one character on the life or another, and an ancestor who escaped slavery by flying back to Africa. Yes. Well.

An earlier "Song of Solomon" might be worthy of at least as much attention: containing as it does some very fine poetry: e.g., "My beloved spake, and said unto me, Rise up, my love, my fair one, and come away ... the time of the singing of birds is come, and the voice of the turtle is heard in the land." The semi-erotic imagery that ensues -- "Thy lips are like a thread of scarlet," etc. -- wouldn't embarrass a student habituated to Ms. Morrison and the other authors on the list. Though the authorship might. The Bible? Goodness! In this day and age?! Highland Park, to its credit, has on the approved reading list "excerpts" from the King James Version, on which the best in English style is founded. The time might be at hand to switch Solomons.

What a conundrum, even so -- the duty that falls upon serious schools like Highland Park (from which my two sons graduated without assistance from Ms. Morrison) in an age serious mostly about self-affirmation. No more generous service can be rendered today's students than teaching them the by-gosh, no-kidding greatest works and ideas of our tradition rather than patronizing them with fashionable junk. They see all the better at Highland Park today just how hard that worthy job can get.