The Gospel of the Terrorists: Beat it or Die 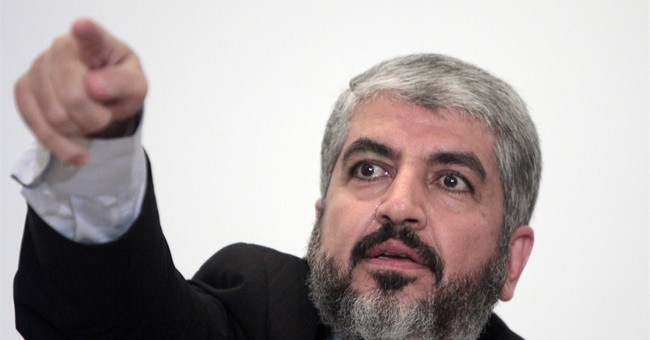 Against the backdrop of attempts to exterminate -- not just subdue, not just conquer; exterminate Christianity in the Middle East, Secretary of State John Kerry's frantic appeals for an Israeli stand-down in the war with Hamas look more absurd by the second. The firers of rockets from Gaza into Israel are of the same kidney as the ISIS terrorists. If you're not one of them, they want you gone or dead.

It does put you in mind of their predecessors: Attila, Tamerlane, Hitler, Lenin, Stalin and Mao, to cite some of the more obvious names. ISIS types are an enduring feature of the human pageant. They do seem to come around more frequently than of old: due in part to the pleasure the current West takes in hearing them out. Two sides to a question -- the coinage of Western liberalism -- is to the ISIS types an idea that chiefly deserves mocking laughter. The Hamas terrorists recruit from the ISIS ranks, among other pestilential folds. If positioned to do so, they would instruct the Jews as their brothers in Iraq have spoken to the Christians: Get out or die.

Among the ironies of our time, which knows more about more different things than any other era ever has, is that those the media call Islamic militants know hardly anything anymore -- and don't care in the slightest. The one big thing they do know is the trashiness of everybody but themselves. Only those desiring to reconstruct the world as Mohammed's political successors knew it centuries ago -- narrow, one-dimensional, built on servitude -- deserve any measure of respect. The rest are, at best, hewers of wood and drawers of water for the master class.

CARTOONS | AF Branco
View Cartoon
The reason Christians and Jews draw instinctively nearer each other in this perplexed and perplexing age is common origin, as well as common faith in the same God, however differently understood by both religious parties. If 21st-century Jews are preponderantly secular, they have competition in that department from those 21st-century Christians whose personal viewpoints (see: abortion, marriage, salvation, etc.) override creeds and dogmas

Nevertheless, Christians and Jews embrace in their respective civic homes a live-and-let-liveness wholly at odds with the Islamic radicals' plan to impose their unique vision on everyone within earshot of a muezzin. Israelis understand the nature and magnitude of the radicals' strategy by virtue of having to shoot down, on a regular basis these days, their explosive efforts at conversion. When John Kerry tries to convince Benjamin Netanyahu of the two-sidedness of the Palestinian question, he speaks an incomprehensible language, based on his own peacenik experiences with the war in Vietnam

Netanyahu hears in the whine of the rockets what Kerry can never hear -- the sound of approaching extinction.

Where is Kerry getting this stuff? That is surely Netanyahu's question. He thinks Hamas wants to negotiate? Maybe with pistols in all its pockets; on no other basis, for sure, than the expectation of its enemy's total collapse, according to the ISIS formula for Iraqi Christians: convert, leave or die.

The Obama administration as a whole -- this would start at the top, naturally -- seems unable to get its mind around the intractability of the enemy: its stubbornness and unyielding nature; its unwillingness to see virtue or kindness or any human attributes at all in those whom it opposes.

The whole culture of the West is under assault in a way the leaders of the West decline to acknowledge. Leaders? That's possibly the worst joke of the 21st century. Followers is what the democracies now mostly install in positions of power: goers-with-the-flow, wherever it flows; insatiable absorbers of insults; Kerry-like victims of positive thinking and high-minded intentions. These followers don't understand people who say to the Jews, as to the Christians of Iraq: Beat it; or prepare to meet your notion of God.