Let's Hear it for Free Speech 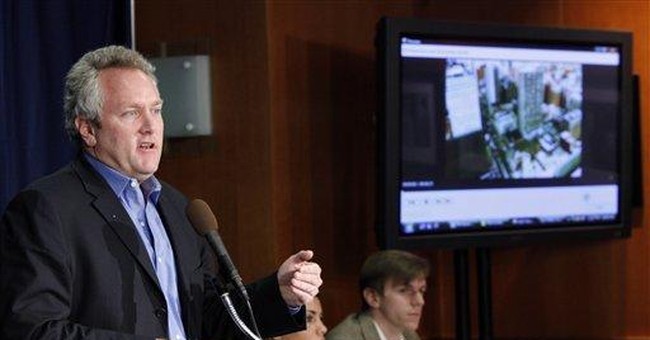 The media chitchat these days is of the media itself, and of, Lordy, how'd things ever get this way! You know what way I mean -- the way it is now, with right-wing extremists (centered on Fox News and the Breitbart blogs) injecting lies and fables into the national bloodstream and the mainstream guys going tamely along with it.

Forgive me for not recounting the whole bloody tale in this constricted space, which one could hardly have missed these last few days: The edited tape of the non-racist "racist" remark by an Agriculture Department official, the official's immediate dismissal, followed by her immediate re-engagement, etc.

Plus change ... the more it changes, the more it's the same. We've had this argument, or variations of it, about 10,124 times over the past 40 years. The names and circumstances change. The tantrums go on. And on. The basic narrative is that a lot of Americans dislike and distrust "the liberal media." Which doesn't at all like being disliked or distrusted and tends to splutter when attacked. The media -- disconcerted to see non-Harvard-educated bloggers giving their side of things -- has been oozing animosity in editorials and commentaries. The bloggers are oozing right back.

There's a certain amount of shtick to the performances on both sides, from "Gotcha" to "You got yourself, you nitwit." I don't expect things to change soon, due to 1) the mainstream media's slobbering embrace of Barack Obama two years ago, and, most of all, 2) the Internet deluge. I mean "deluge." No one can run fast enough to escape it. You can read anything you want to "out there." This means the mainstream media, which formerly specialized in picking the subject matter and interpreting it in generally monochromatic -- i.e., liberal fashion -- are no smarter, no wiser, no more well-informed than anyone else.

Is this better from the standpoint of Informing and Educating the Citizenry? Or is it worse? The questions lack resonance. For better or worse, here we are. There are media all over the place. It's hard to know what's important and what's not.

While we're contemplating these matters, I have a proposition to advance. It is that we the people have at our disposal the same corrective instrument we've always had -- the First Amendment: freedom of speech. All you have to do is use it.

Indeed, that's what writers like The Washington Post's E.J. Dionne are doing: slanging with the best, or worst, of them. He insists that the mainstream media and the administration "stop cowering before a right wing that has persistently forced its own propositions to be accepted as news ... " He says, stop "taking seriously whatever sludge the far right is pumping into the political waters."

What's the next step now? Say something back to him. With bulging eye and twisted lip? Not at all. Say something back about the sources of "right wing" anger, which lie in, among other places, the media's servile devotion to Obama in 2008. Let Dionne fire back. Let others chime in. Talk. Discuss. It's what the Founding Fathers had in mind when they elevated to constitutional principle the free speech rights that John Milton had glorified in the "Areopagitica."

I speak from dogmatic bias, owing to 46 years spent in the, I'm afraid, mainstream media. A few things I still need to learn; many more I have imbibed through simple participation in the rituals and routines of the news business. Here is one: Mistakes and errors aren't pretty or desirable, but they clean up one way or another. The victim has the Founding Fathers' permission to yell to high heaven for justice and retribution -- or just a simple correction.

If the process isn't always agreeable to watch, life in general has lots of disquieting elements. Nor does freedom always provide happy solutions. It affords opportunities, which is all that's called for, even as the bloggers and Foxy commentators saw their chance, took it, and ruined E.J. Dionne's day.