In Praise of Euphemism 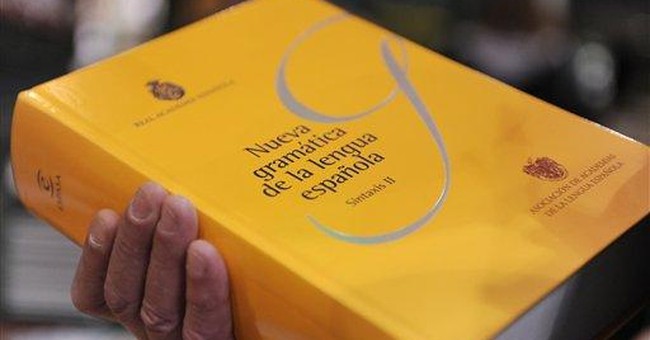 I got into it recently -- in cordial fashion -- with the editors of an editorial page for which I used to labor. One of their columnists had used a word … well, let's say we wouldn't have printed it in Ye Olden Tyme. The editors took exception to the exception I took to the word's appearance on their page. I riposted: whatever happened to euphemism?

What did happen to it? The substitution of inoffensive for offensive words long performed a double function. First, it preserved the notion of good taste in writing. Second, it sometimes brought an appreciative smile to the reader's face. It's also, today, countercultural, which strikes me as possibly the best reason of all for recovering our lost attachment to euphemism. Modern culture, to give it that name, is just a little too brash, a little too bad-mannered, for many who inhabit it.

We're always being told by self-anointed experts that, in talking or writing, candor trumps sweet, gossamer Victorianism. No, it doesn't. It exhibits bad manners. A writer who wants to do more than stir up isn't supposed to rub a Random Reader's nose in what formerly was called Bad Language -- the so-called "F" word, words that insult as opposed to criticize, words that describe human activities normally carried on in private. To use Bad Language was rude, crude, obnoxious.

Alas, it's a pretty rude, crude, obnoxious age. That doesn't of itself cancel out the value of euphemism, as I sought (unsuccessfully) to instruct the aforementioned editors. What's wrong with a little creativity in working around supposedly verboten phrases?

For some reason never clear to me, the British disdain the word "bloody," when used disparagingly. What, though, if you want to disparage something? I used to encounter in British writing the circumventional word "sanguinary," meaning "bloody," of course, but with an extra kick. The writer was engaging in a little mirth: substituting a sort of high-flying word for a ground-level one without disguising his meaning. Another substitute: "blooming." Still another: "ruddy."

Over on our side of the pond, writers nowadays use blunt, succinct language in speaking of the human rear. OK, the words they use are in the dictionary, but so is the "F" word, which still for most purposes of human discourse remains sheathed. There seems to me no reason for the writer not to get playful when faced with the necessity (when it is a necessity) of dealing with the topic. I myself suggested once that a particular congressman's constituents might want to kick him in the place generally reserved for sitting down. Takes longer to say it that way? So what? It's better writing.

Euphemism invites playfulness because the euphemist is dancing. He wants to say what he wants to say, only without blunt instruments. So he dances around "hell," which becomes "the place of eternal torment" or just "the hot place." The phrase stands out instead of fading into the rhetorical woodwork.

So with "damned," for which you can substitute "darned," "blasted," "dadburned," and the like: about which there's the faint odor of preciousness, so regularly in modern society do people say "damn." The main thing is the purposeful distancing of one's self from the Bad Word.

It's what, unfortunately, we don't like any more -- distance, space -- in writing or in living. We like to go up to Reality (or what we imagine as such) and hug it. Well, fine, if that's what 100 percent of readers want. But I don't think it is. We could use a little more distance and dignity both in the way we present thoughts and ideas for inspection.

You can think of euphemism as a veil, concealing, slightly, what lies behind it, the way pre-"R"-rated movies, before bombs and bedroom scenes, suggested there was more to be known and seen than what was actually shown, and wouldn't you like to know about it?

What the writer gets, by withholding through euphemism, by drawing back by a few millimeters, is just a teeny bit better engagement with the reader, a little bit better chance of towing him along a few more pages.