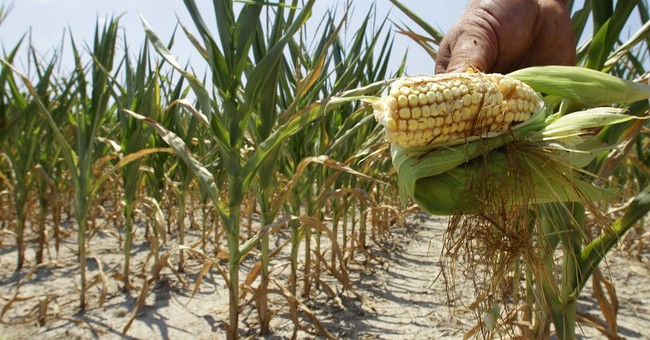 Chuck Norris doesn’t write columns. He stares at words until they arrange themselves into sentences.

That’s a “Chuck Norris Fact”—one you haven’t heard before because I just made it up. But perhaps you’re familiar with the style of joke: a satirical, exaggerated claim about the supposedly superhuman powers of actor and martial artist Chuck Norris. Entire books and websites are dedicated to this sub-genre of humor.

Unfortunately, there was nothing funny about Norris’s recent online column. It was a fact-free rant about modern agriculture. Norris warned his readers that the genetically modified food they eat everyday—the kind that I grow on my farm here in Iowa—is “killing you softly.”

This is sheer nonsense. It’s like somebody roundhouse-kicked the sense out of Norris’s head.

I’m disappointed in the column mostly because it’s wrong, but also because I admire Norris. He grew up under difficult circumstances and went on to achieve great success in his chosen professions. He’s a military veteran and a man of faith, just like me.

And I’ve met him: When Norris traveled to Iowa with presidential candidate Mike Huckabee a few years ago, I attended one of their events and shook Norris’s hand. You won’t be surprised to learn that he has a strong grip.

His grip on the facts of 21st-century agriculture, however, is weak.

In his column, Norris suggests that GM crops may cause cancer and Parkinson’s disease. This is pure hogwash—a pair of completely unfounded claims. Norris turns even more provocative when he writes of the possibility of “novel epidemics.”

That’s a novel distortion of reality. This idea of ordinary crops causing a plague might work as the half-baked premise of a B-list fantasy film, but it’s simply not sound science. The American Medical Association and the National Academy of Sciences are just two of the many mainstream groups that support the health and safety of GM foods.

It makes sense to trust the expert views of the men and women who belong to the AMA and the NAS, but you probably wouldn’t want to watch them star in a Chuck Norris movie. Or maybe you would, but only to laugh at their antics, the way so many people laughed their way through “Sharknado 2” on the SyFy channel last week.

I might have laughed my way through Norris’s column, too—except that I’m concerned that a few of his readers will take his allegations seriously.

Norris is especially feeble on a subject that I happen to know well: weed and pest control. I’m familiar with weeds and pests the way characters Norris plays are familiar with villains in black hats.

As a farmer, I battle weeds and pests all summer. Weeds rob moisture and soil nutrition from my crops. Pests attack what I’m trying to grow. Defeating both is a central task of successful farming, whether you grow corn and soybeans in Iowa or cotton in Burkina Faso.

Norris claims that GM crops require more chemical sprays than non-GM crops, but this is false. One of the reasons why farmers prefer GM crops is because they demand fewer applications of herbicide and pesticides than non-GM varieties.

Norris actually accuses farmers of dumping “a component of Agent Orange” on our fields. The specific product he mentions—the one that he hopes will conjure up horrific images of a controversial Vietnam-era defoliant—is the most widely accepted herbicide on the planet. As a Vietnam veteran, I am offended as he demonizes the basic ingredient in the weed-and-feed that homeowners spread on their lawns and gardeners sprinkle around their vegetable beds safely in the U.S. and around the world.

Rather than trying to become one of Hollywood’s self-appointed experts on toxicology and human health, Norris should stick to his day job as an entertainer. We look to him for daredevil stunts and clever one-liners, not wrongheaded opinions about things he fails to understand.

Let’s call these “Bill Horan Facts.” They may not be funny, but they’re the truth.