Betsy McCaughey
|
Posted: Mar 14, 2018 12:01 AM
Share   Tweet
The opinions expressed by columnists are their own and do not necessarily represent the views of Townhall.com. 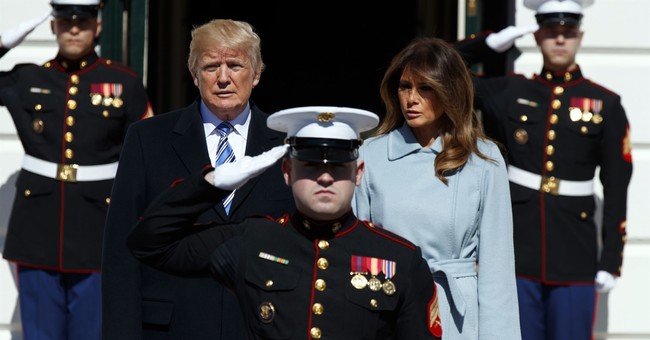 Naysayers argue tariffs will raise prices, spark a trade war and do nothing to bolster America's military preparedness -- the official rationale for the move.

But in wartime, aluminum and steel are essential to make tanks, planes and other weapons. The aluminum and steel industries are in dire straits, with many plants idle or operating far below capacity while cheaper metal flows in from other countries. McKinsey & Company explain that most producers "lack the cash for investments needed to remain viable in the long run." Their outdated plants and equipment prevent them from using newer, more cost-efficient production methods and adapting to world competition.

Tariff bashers claim that the U.S. could rely on these foreign suppliers in war. That's ridiculous. Uncle Sam can compel our manufacturers to make defense needs a priority -- but not foreign producers. The biggest suppliers targeted by the tariffs are Brazil, South Korea, Russia and Turkey. Should our nation's victory in war hinge on them?

Tariff opponents argue that U.S. military needs for steel and aluminum amount to only 3 percent of domestic production. That's now. But in a major military conflict, those needs would soar. In World War II, domestic steel producers had to increase production over 200 percent to meet military demands.

Critics claim tariffs will raise steel prices. That's questionable. The opposite is more likely to happen, industry experts suggest. Tariffs will shift demand to domestic steel, enabling plants here to operate closer to capacity. That will bring down the unit price of American-made steel -- not raise it. That's Econ 101.

Don't hold your breath for help from the World Trade Organization -- a conclave of 164 nations, mostly poor and anti-American, empowered to impose binding trade rules. The U.S. gets clobbered at the WTO, just like it does at the U.N.

Here are the facts overlooked in the tariff debate:

Because of imports, domestic metal producers have to run plants at just 74 percent of capacity, according to the St. Louis Fed. Making steel that way is like using the oven to bake a couple of cupcakes instead of a full batch. The unit production cost soars -- whether it's cupcakes or steel. Trump's Commerce Department proposes using tariffs to reduce imports, enabling domestic steel production to top 80 percent of capacity.

Do the math. While imported steel will cost more, imports will drop from one-third to one-fifth of all steel used here. The lion's share of steel used here will be made here, and prices will likely decline, as furnaces operate closer to full capacity.

The other bonus: jobs. U.S. Steel and Century Aluminum are already ramping up, bringing back hundreds of workers.

Critics call this small potatoes compared with jobs that could be lost in other manufacturing areas -- such as autos -- if steel prices rise. There's no concrete evidence that would happen. It's speculation.

What isn't speculation is how Trump's tariffs have brought countries to the negotiating table in only days. Mexico and Canada won exemptions -- for now -- by holding out the possibility of better NAFTA terms for the U.S. The European Union is also willing to talk, despite some harsh anti-Trump rhetoric.

Last week, the head of the WTO vilified Trump for putting the world at risk of a "trade war." This free trade rhetoric is disguised anti-Americanism. There is no free trade, but the U.S. imposes fewer tariffs than almost any other country -- half the average weighted tariffs imposed by China, one-third those imposed by Mexico and one-quarter what India imposes. You wouldn't know it, listening to the WTO. Americans are better off trusting Trump on trade.