Betsy McCaughey
|
Posted: Mar 22, 2017 12:01 AM
Share   Tweet
The opinions expressed by columnists are their own and do not necessarily represent the views of Townhall.com. 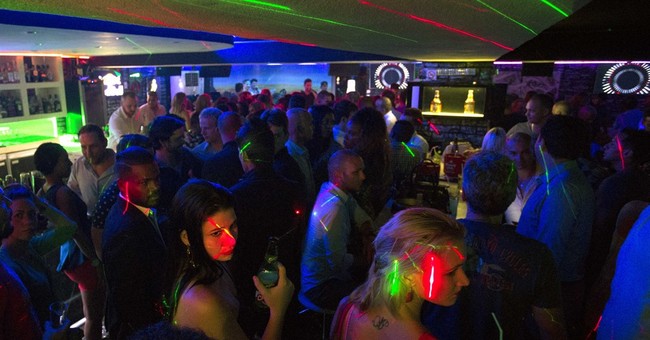 Globalists and Democrats shrieked last week when President Donald Trump proposed cutting American funding for the United Nations by 50 percent. The president dismisses the U.N. as a "waste of time and money." That's the least of it. U.S. taxpayers bankroll the U.N. with $10 billion a year. Our hard-earned money perpetuates an organization that validates some of the most savage human-rights abusers on the globe, regularly votes against the United States, and targets America's ally Israel for extinction.

Past American presidents have poured billions of our money into U.N. "peacekeeping" operations that prop up corrupt dictatorships and subject local populations to rape with stomach-turning frequency. Women and children often have more to fear from the U.N.'s blue-bereted soldiers than the ravages of war.

President Obama fancied himself a citizen of the world. Putting his naive globalism into practice, he elevated the U.N. above American institutions, sidestepping Congress to seek U.N. approval of the Iran nuclear deal and the Paris Agreement on climate change.

Count on Trump to reverse course and put America first. It's even worth asking whether the U.S. should withdraw from the organization entirely, as veteran journalist and U.N. watchdog Claudia Rosett urges in her new book "What To Do About the U.N."

The organization's most revolting failures are in peacekeeping. The U.N. Security Council has exclusive authority to approve these military missions. The U.S. has a veto in that body, but pathetically it has failed to use it, instead rubberstamping wasteful missions in some 50 hotspots around the world since 1990. U.N. forces can only go into a country with the consent of the prevailing regime, which means U.N. soldiers stay for years to sustain dictatorships that have little local support.

Even worse, U.N. forces have become notorious for raping women and children. So-called peacekeepers sent to the Central African Republic raped more than 100 girls in one community. Four of the girls were tied up and forced to have sex with a dog. Amnesty International is outraged by the frequency of these sexual crimes and their pervasiveness. Sexual assaults by U.N. personnel have been documented in Bosnia, Burundi, Cambodia, Congo, Guinea, Haiti, Kosovo Liberia, Sierra Leone, Ivory Coast, Mali and Sudan.

Many of these peacekeeping missions are also reckless gambles heavily underwritten by the U.S. with dim prospects for success. The latest gambit is to pour money into the Central African Republic, a nation that has been embroiled in civil war for decades. The distant hope is that employing locals to build roads will discourage them from taking up arms against their neighbors. Good luck with that.

In Lebanon, Rosett reports, U.N. peacekeeping forces regularly turn a blind eye as Hezbollah terrorists truck in weapons intended for use against Israel.

Trump's healthy skepticism of the U.N. is welcome news for Israel. When a U.N. affiliate released a report last week charging Israel with operating an "apartheid state" to victimize Palestinians, Trump's U.N. Ambassador Nikki Haley demanded its retraction and succeeded.

The Trump administration's unequivocal support for Israel in the U.N. is a stark improvement over President Obama's decision to sit on his hands last December, when the U.N. denounced Israel's West Bank settlements.

Before taking office, Trump dismissed the U.N. as "just a club for people to get together, talk and have a good time." In fact, it's much worse than that, and the president's budget shows he's ready to shake things up.

Our new president knows that "globalism" is code for exploiting American generosity and sacrificing American interests. He's having none of it.

Though we are the U.N.'s largest backer, the organization has ignored the real threats to American security. It has done nothing to halt Islamic terrorist groups like al-Qaida and ISIS, instead ginning up false claims against Israel.

Better to spend U.S. dollars fortifying our own defense capabilities rather than on U.N. peacekeeping boondoggles around the globe.