Bernard Goldberg
|
Posted: Jul 18, 2017 12:01 AM
Share   Tweet
The opinions expressed by columnists are their own and do not necessarily represent the views of Townhall.com. 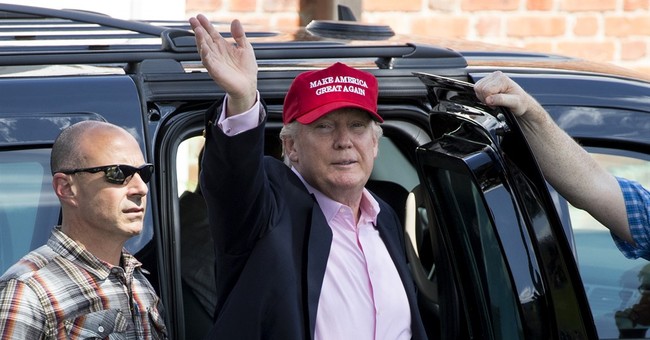 In case you haven't noticed, Republicans and Democrats don't agree on much these days. Donald Trump could call a news conference to declare that the sun rises in the east and Democrats would try to find a link to Vladimir Putin. And if Democrats somehow ever do find a real, nefarious, actionable connection between the president and the Kremlin, Trump supporters almost certainly will echo their messiah and call it "fake news."

So it's no surprise that a new poll by the Pew Research Center shows that the right and the left can't even agree on whether colleges are good or bad for America.

According to Pew, only 36 percent of Republicans view colleges in a positive light, compared to 72 percent of Democrats.

It doesn't take a Ph.D. to figure this one out. Progressives obviously aren't troubled by illiberal liberals on campus who worship at the altar of diversity but don't think intellectual diversity is that big a deal. Conservatives, on the other hand, are deeply troubled by this kind of thing, mainly because they're on the wrong end of it.

Republicans may be split over what they'd like to see replace Obamacare or what they think tax reform should look like, but when it comes to colleges, they know exactly what and whom they don't like.

Shakespeare is a dead white male. So are Hemingway and Faulkner and Steinbeck. So are Newton and Einstein. Rembrandt and Monet are dead white males. So are Beethoven and Bach.

And it's mainly Republicans who have figured out that the education a lot of kids are getting on campus these days isn't worth its cost. There's a joke going around that asks, "What does a liberal arts major say after he or she graduates from college?" The answer: "You want fries with that?"

Liberals who ignore conservative concerns about academia do so at their own risk. Let's not forget that the left also ignored criticism of the media, dismissing it as a conservative delusion, the result of right-wing paranoia. This was a big mistake.

"By refusing to own up to their own bias and weaknesses, the media didn't make their critics disappear; they only angered and empowered them, making themselves more vulnerable to attack," as Kaufman puts it in National Review.

And the same thing may very well happen with academia. By refusing to own up to their biases, the progressives who run America's colleges won't make their critics disappear either. And they'll also become more vulnerable to attack -- which may very well have important political implications.

Here's the headline over the National Review piece: "The academy is primed to be a punching bag for the GOP's next standard-bearer, just as the media were in 2016."

The media didn't listen when critics pointed out their biases -- and the academy doesn't listen when critics point out their biases either. Instead, those supposedly smart progressives on campus remain blissfully ignorant of the fact that there are a lot of disaffected Americans out there who are viscerally outraged when they hear about pampered liberal kiddies on campus shouting down conservative speakers. And they resent the snooty campus elitism that views regular folks as the "unwashed masses" who live in "flyover country," people not worthy of serious consideration because they're just a bunch of right-wing yahoos -- or so the nasty stereotype goes.