Bernard Goldberg
|
Posted: Jun 27, 2017 12:01 AM
Share   Tweet
The opinions expressed by columnists are their own and do not necessarily represent the views of Townhall.com. 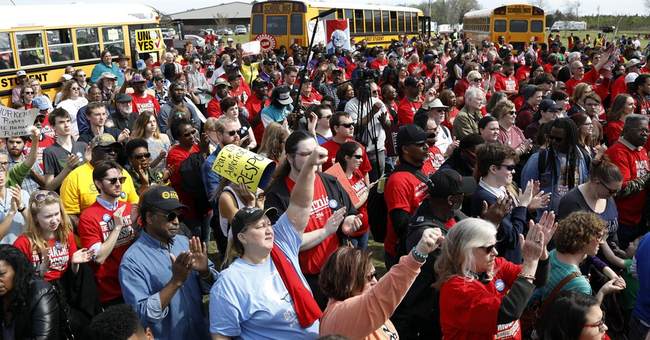 The thing about old socialist politicians, like Bernie Sanders, 75 and Britain's Jeremy Corbyn, 68, is that they have youth on their side.

Across the pond, the youth vote allowed the British Bernie Sanders to do a lot better than the so-called experts thought he'd do in the recent general election. Here in America, we all know how the millennials went ga-ga for Bernie. He got more millennial votes in the primaries than Hillary Clinton and Donald Trump -- combined.

I recently made a reservation for dinner at a restaurant in a very liberal city in North Carolina -- using only my first name, Bernie -- and the young hostess told me she was hoping it was Sanders who was coming in for dinner. Maybe she was kidding. Maybe not. She had a pleasant smile on her young face the whole time, but a pleasant smile is pretty much obligatory in the South, especially when you're disappointed.

The fact is, a lot of millennials like socialism. A 2016 poll conducted by Harvard University showed that a majority of voters between 18 and 29 -- 51 percent -- rejected capitalism while a third said they supported socialism.

How could this be? Doesn't everybody know by now that socialism doesn't work? Haven't they heard the famous Margaret Thatcher line, "The trouble with Socialism is that eventually you run out of other people's money"?

If they did hear it, they haven't taken it seriously. In a New York Times op-ed, "Why Young Voters Love Old Socialists," Sarah Leonard, a 29-year old editor at the far-left Nation magazine explains: "(W)ithin this generation, things like single-payer health care, public education and free college -- and making the rich pay -- are just common sense."

Of course they are. Until you run out of other people's money.

Let's acknowledge the obvious: Getting free stuff is fun -- mainly because ... it's free! So it shouldn't be a shock that young voters fell head over heals for a (democratic) socialist like Bernie Sanders who promised them a "free" college education paid for by those miserable rich people who have too much money anyway.

And just imagine if the Democrats somehow manage to come up with a young, progressive, attractive, even sexy version of the old socialist from Vermont next time around. Republicans -- and more importantly, America -- could be in serious trouble.

But here's where millennials get off easy: No one is calling them out for what a lot of them are -- which is greedy.

Here's how Thomas Sowell, the great thinker from California, put it: "I have never understood why it is 'greed' to want to keep the money you've earned, but not greed to want to take somebody else's money."

So what we have is a greedy generation that feels entitled to all sorts of things, including other people's money. If this is the future, give me the past.

George Bernard Shaw had it right a long, long time ago when he said: "A government that robs Peter to pay Paul can always depend on the support of Paul."

Who knew that Paul was 25 and voted for Bernie?

Memo to millennials: You won't be young forever. And when you get older and have jobs and pay taxes, who do you think is going to pay for all those "free" goodies you once demanded when you were young and -- forgive me -- not-too-smart? The bill for all that "free" stuff -- with interest -- is going to come due at some point, right? And by then the next generation of millennials is also going to want "free" stuff. You'll be paying for that, too.

One more piece of wisdom from Thomas Sowell, wisdom that young voters in the embrace of socialism might want to consider: "If you have been voting for politicians who promise to give you goodies at someone else's expense, then you have no right to complain when they take your money and give it to someone else."

Having second thoughts yet, millennials, about the virtues of socialism?