Ben West
|
Posted: Feb 23, 2016 1:23 PM
Share   Tweet
The opinions expressed by columnists are their own and do not necessarily represent the views of Townhall.com. 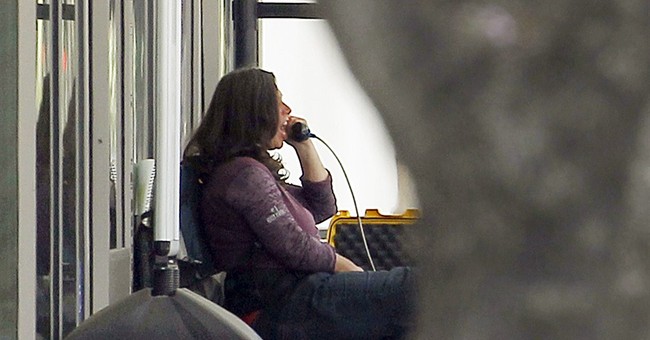 Ronald Reagan once said of the Marines, “Some people live an entire lifetime and wonder if they have ever made a difference in the world, but the Marines don’t have that problem.” Those words seem hollow, now; when a desperate Marine must reach out for help, the last sound he may hear could end up being a busy signal.

Our Veteran’s Crisis Line (VCL) is in crisis. Veterans who fought in battle, to protect and serve, have another battle to fight when they return home. A lifesaving phone call they may place, reaching out for a sympathetic ear to listen, may go unanswered or be redirected to voicemail.

The nation these soldiers swore an oath to defend isn’t returning their calls. In a recent article published in Military Times, Patricia Kime notes the failures of a system to provide service to returning veterans. She notes, “the VA estimated in 2012 that 22 veterans die each day by suicide… both the VA and advocacy groups say it should be interpreted with caution.” It is inaccurate, because it is incomplete.

The documentary Crisis Hotline; Veterans Press 1, provides another sobering statistic, “Since 2001, more US service members have taken their lives than have died in battle.” In a subsequent article, Patricia Kime delves further. Since its inception, the VCL “has fielded more than 2 million calls and is credited with saving more than 50,000 lives... But as demand has risen for its services, so have the number of calls routed to the hotline's backup facilities: According the inspector general, the number of calls rose by 112 percent from 2013 to 2014.” As more service members are returning home with battle-induced PTSD, the number of calls are increasing, yet the number of qualified live responders have not been added. Even more troubling is that there seems to be very little training and virtually no tracking of care for the service member after they hang up.

Private agencies have attempted to fill the void that the Veterans Administration has created. Lines for Life, an Oregon based non-profit, runs a Military Helpline. They provide 24/7 live support and have innovative technologies for service members, like a text application that allows the service member to receive updates and information.

They saw the need and filled a void, due in large part to the sheer volume of calls they were receiving on their hotline from troubled service members, who had called the VA line or had not even been given the VA Hotline number.

The number of veterans who qualify for services, but who are not enrolled due to a backlog of files, appears to be the root of the problem. The service members leave the military with very little information and no resources to draw from. Veteran parent Jean Somers stated, “It took six weeks to turn our son from a civilian into a soldier. It should have taken them at least six weeks to transition him back.”

It is vital that our returning service men and women be given real resources and proper instructions on how to enroll for benefits. We need to provide the manpower to accommodate the influx of wounded soldiers who are dealing with a myriad battle scars, some visible but many unseen. These soldiers have held up their end of the bargain, but find apathy and indifference from the agencies designed to care for them.

By relying on agencies like Line’s for Life as a stopgap measure, veterans have an additional layer of protection. Increased awareness of the resources they can rely on within the system, as well as private agencies, are minimal and immediate ways to help. There need to be long term and permanent solutions. If the system can no longer sustain or meet the needs, then it’s time for a change. Our service men and women deserve more than to be covered up.

As the spouse of a veteran, I have seen firsthand the struggles of those who return to civilian life. We have an obligation to protect those among us who have offered up the greatest sacrifice. Appallingly, although we have been discussing this issue for an interminable number of election cycles, almost nothing has been done. This is shameful, and a blight on our nations history. My top priority will be ensuring our veterans have the highest level of care available.