For the Left, Bigotry Is a Tool

Ben Shapiro
|
Posted: Mar 24, 2021 12:01 AM
Share   Tweet
The opinions expressed by columnists are their own and do not necessarily represent the views of Townhall.com. 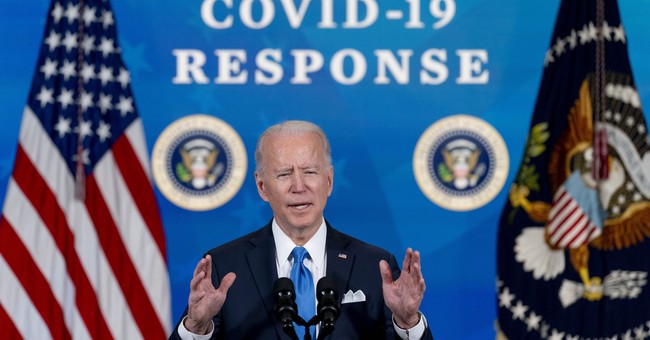 This week, a white man shot to death eight people in Atlanta-area spas, six of them Asian American. According to Atlanta police, the man said he was targeting brothels and blamed the women for his alleged sex addiction. The gunman stated that he had visited two of the spas before and had planned to drive to Florida and target the pornography industry. So far, there is no evidence that the shooter was motivated by anti-Asian animus, making hate-crime charges unlikely at this point.

Nonetheless, the establishment media and Democratic politicians quickly began reflecting the lie that the shooting was an anti-Asian hate crime, the latest outgrowth of a major uptick in anti-Asian hate crimes -- all driven supposedly by "white supremacy." White House press secretary Jen Psaki connected the alleged increase in anti-Asian sentiment to former President Trump, stating that his "calling COVID 'the Wuhan virus' ... led ... to perceptions of the Asian American community that are inaccurate, unfair." Racial grifter Ibram X. Kendi tweeted: "Locking arms with Asian Americans facing this lethal wave of anti-Asian terror. Their struggle is my struggle. Our struggle is against racism and White supremacist domestic terror." Nikole Hannah-Jones, pseudo-journalist and de facto editor-in-chief at The New York Times, tweeted in solidarity: "I stand with my Asian-American brothers and sisters, just as so many of you have stood with us. I grieve. We must own all of this history -- ALL OF IT -- and determine to fight for a truly multiracial democracy where we all can be free."

This is cynical politicking at best.

The same sources decrying anti-Asian sentiment have spent years expressing anti-Asian animus in the form of discriminatory college admissions standards: President Biden's administration dropped a discrimination case against Yale University just a month ago, clearly thanks to the administration's position that affirmative action for black students outweighs Asian American success in a pure meritocracy. The same people blaming "white supremacy" for anti-Asian hate crimes have militantly ignored the location of the crimes -- largely major metropolitan areas, with a large number of such crimes coming not from white Americans but from black Americans (a plurality of overall violent crimes targeting Asian Americans, according to the Bureau of Justice Statistics, were committed by black Americans in 2018). The same establishment media sources blaming Trump for anti-Asian hate cheer on the active closing of merit-based magnet schools in New York and San Francisco, thanks to those schools' disproportionate Asian American attendance: Hannah-Jones tweeted last year that it was "disingenuous" to talk about "specialized high schools being majority POC" (people of color) when referring to Asian Americans.

All of this is morally base. Anti-Asian animus is anti-Asian animus, whether it comes from woke school administrators or street criminals. To treat such animus differently based solely on the identity of the offender is to make obvious that you simply don't care about anti-Asian animus. For the left, it's just the latest club to wield against the broader American system, facts be damned.