Nationalism and Patriotism Don't Have to Be Opposites

Ben Shapiro
|
Posted: Nov 14, 2018 12:01 AM
Share   Tweet
The opinions expressed by columnists are their own and do not necessarily represent the views of Townhall.com. 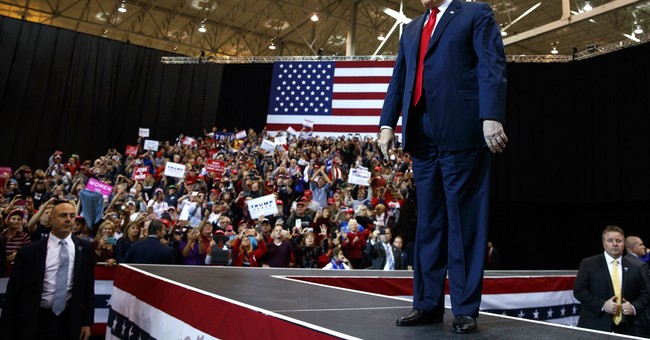 On Sunday, French President Emmanuel Macron spoke at a ceremony marking the 100th anniversary of the end of World War I. There, he took the opportunity to slam President Trump's "America First" nationalism. "Patriotism," Macron said, "is the exact opposite of nationalism: Nationalism is a betrayal of patriotism. By putting our interests first, with no regard for others, we erase the very thing that a nation holds dearest, and the thing that keeps it alive: its moral values."

This statement has a sort of European charm. It's also false. And dangerous.

Nationalism, when opposed to patriotism, can indeed be terrible. It can suggest that the interests of one nation override the interests of every other nation, that imperialism and colonialism are worth pursuing out of love of blood and soil. But when combined with patriotism, nationalism can also be a bulwark against tyranny. Nationalism can stand up to international communism. Nationalism can refuse to bow before the dictates of multiculturalism, which suggest that all cultures and practices are of equal value.

Patriotism is a philosophy of national values: It is a statement that your nation has values that are eternal, true and noble. American patriotism prizes God-given individual rights protected by limited government. Were America to lose God-given individual rights protected by limited government, it would no longer be America. But patriotism doesn't mean that it is the job of America to spread our values everywhere else to the detriment of our own national strength. Our patriotism encompasses American nationalism: We believe that America must come first so that America can be strong enough to promote her values where appropriate.

It is simply a fact that human beings resonate to nationalism. The question is whether that nationalism can be grafted to a worthwhile philosophy. The German troops of World War I marched into battle out of national pride; so, too, did the American doughboys. Americans have fought and died for their flag and their families; so have soldiers of other nations. But America is great because that flag stands for certain values, and American families are built on those values.

The opposite of nationalism, then, isn't patriotism. It's internationalism, or the idea that all human beings share similar values, and that, therefore, borders and national interests are irrelevant. That philosophy is utterly foolish and dangerous. Simply view tape of thousands of radical Muslims marching in Pakistan to protest the acquittal of a Christian woman from charges of blasphemy and realize that not all people believe the same things.

But that multicultural philosophy has led Europe to open her borders to waves of migrants who may not share European values, and who have led to cultural polarization and, indeed, the rise of right-wing nationalist movements. It's that philosophy that has led Europe to leave behind her uniquely Western heritage in favor of a broader outlook that has undermined her cultural solidarity.

Nationalism, then, isn't the problem. Lack of values is. And mistaking anti-nationalism for a value system in and of itself endangers free citizens who hold worthwhile national values dear.