Ben Shapiro
|
Posted: May 02, 2018 12:01 AM
Share   Tweet
The opinions expressed by columnists are their own and do not necessarily represent the views of Townhall.com. 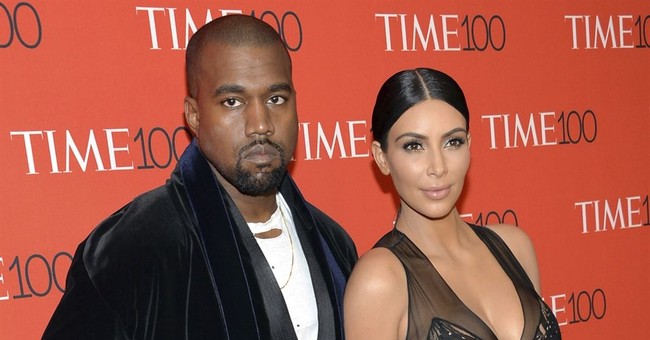 It's easy to dismiss Kanye West.

It's easy to dismiss him because he's nutty. This is a fellow who tweets about antique fish tanks and fur pillows. This is the guy who calls himself Yeezus (after Jesus) and suggested that then-President George W. Bush didn't care about black people in the aftermath of Hurricane Katrina. He isn't exactly known for his bouts of emotional stability.

And in our celebrity-driven culture, we shouldn't pay too much attention to those who haven't spent a lot of time studying policy. That's how we end up with celebrity politicians, emotion-driven policy and reality television substituting for news.

With that said, Kanye West did something deeply important over the last two weeks: He opened up the debate.

Stung by the gratuitous censorship of the left, West began tweeting that Americans ought to think for themselves. He even tweeted a picture of himself wearing a "Make America Great Again" hat. And suddenly, the left went nuts, too. Kumail Nanjiani, co-writer of "The Big Sick," tweeted, "This was the worst twitter day in twitter history." Op-eds ran at The Root and The Washington Post claiming that West had been suckered.

But surprisingly, West didn't back down. He soon released a track with fellow rapper T.I. debating the merits of coming out as pro-Trump, with T.I. tearing into him as out of touch and West defending himself as thinking outside "the plantation." West met with conservative activist Candace Owens and tweeted quotes from Thomas Sowell.

Now, none of this means that West should suddenly be considered for leadership of The Heritage Foundation. But it does mark a break in the solid leftist wall of Hollywood and the music industry, and in the intersectional coalition.

The entertainment industry can't tolerate conservatives -- when I wrote a book on political bias in Hollywood, several Hollywood insiders told me openly that they refuse to hire those on the right. Shania Twain learned just a few weeks ago that signaling support for President Trump in any way means taking your career into your hands.

The same holds true in identity politics circles. Those on the left who suggest that politics must innately follow immutable biological characteristics (i.e. black people have to be Democrats) felt deeply threatened by West's comments. After Chance the Rapper tweeted out that black Americans don't have to vote Democrat, the left's pressure snapped into place so rigidly that he backed off and apologized.

What's happening? It's doubtful that West started reading Edmund Burke. It may just be that West, like a lot of Americans tired of being told what to think by their industry and racialists on all sides, is getting tired of being told what to do. It's possible that West, like most Americans, sees America as a place with problems but a place where individuals can think and achieve freely. And he's clearly willing to take part in a political debate so many of his friends aren't.

That makes West an important voice, at least for now. It does take courage to buck your entire cadre in order to publicly declare what you think. West deserves credit for that. And who knows? Perhaps some other prominent Americans might come forward to re-engage in a debate from which they have been barred.