The Delusional Optimism of Both Sides

Ben Shapiro
|
Posted: Oct 25, 2017 12:01 AM
Share   Tweet
The opinions expressed by columnists are their own and do not necessarily represent the views of Townhall.com. 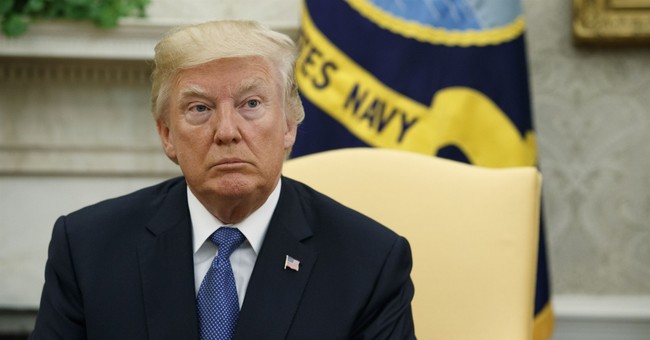 This week, President Trump went to battle with Gold Star widow Myeshia Johnson. Johnson's husband, Sgt. La David Johnson, was killed in Niger earlier this month. Trump called his widow to offer his condolences. But Myeshia Johnson apparently interpreted that call as a callously indifferent attempt to curry favor. She conveyed her displeasure to Rep. Frederica Wilson, D-Fla., who promptly went public with it. Trump responded to Johnson's anger not with compassion but with indignation: He stated that he had never been callous toward her.

The most likely explanation for this hubbub is misinterpretation on one or both sides. The chances that Trump wanted to offend Johnson are slim and none. But it's not politically or morally wise for Trump to begin a public firefight with a grieving widow.

So why are so many Republicans cheering him on? Because there are many on the right who believe that Trump simply cannot lose, that he has the political Midas touch. Their evidence: Trump said impolitic, offensive and boorish things regularly on the campaign trail in 2016, and he then won the election over Hillary Clinton.

Meanwhile, Democrats seem to believe that they need to offer no alternative to Trump's governing vision, that they can simply stand on the sidelines and scream at him. Thus, Sen. Sherrod Brown, D-Ohio, claims that Trump has staffed his White House with white supremacists; and Rep. Maxine Waters, D-Calif., says that she wants to "take out" Trump. Democrats' evidence for their obvious belief that Trump will certainly fall in 2020 is that Trump's approval ratings are abysmal and he lost the popular vote in 2016. Democrats see 2016 as a complete fluke.

Both sides, however, are wrong.

Trump supporters are wrong that Trump is untouchable. Trump didn't win in 2016 purely because he's some sort of Teflon candidate; he won because he ran against the weakest candidate in American history. Trump actually won fewer votes in Wisconsin than Republican nominee Mitt Romney did in 2012. Nobody showed up to vote for Clinton, so Trump won the state. Trump won fewer votes in Michigan than Republican nominee George W. Bush did in 2004. Nobody liked Clinton, so Trump won the state. What will happen if Democrats choose not to run a corrupt, venal and thoroughly charisma-free candidate? What will happen if they run former Vice President Joe Biden or Sen. Bernie Sanders? Between 2000, when George W. Bush lost the popular vote by about 544,000, and 2004, when he won it, he picked up some 10 million votes. Where is Trump going to pick up similar numbers?

Democrats are wrong that Trump will be a definite loser. Since 1968, just one elected incumbent president has lost re-election without a major third-party candidate in contention (President Jimmy Carter in 1980). Incumbency is a heavy advantage, and Democrats seem to be under the misimpression that they can continue to bank on the Obama coalition without President Obama on the ballot. They tried that with Clinton. It failed. In order to compete in the Rust Belt, Democrats need to leave behind intersectional identity politics. But that means alienating some of their base.

In the end, the calculus is simple: Trump can't afford to be cavalier, thinking he's guaranteed victory; Democrats can't afford to sit on their laurels and hope that Trump collapses. In any case, some cautious pessimism might be in order all the way around.