Ben Shapiro  |  Nov 16, 2016
The opinions expressed by columnists are their own and do not necessarily represent the views of Townhall.com.
Top Columns
Trending on Townhall Media 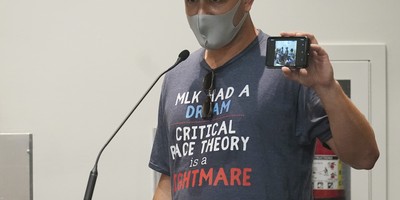 On the Saturday night after Donald Trump's stunning presidential victory over Hillary Clinton, "Saturday Night Live" decided to forego its mandate -- humor -- in favor of a full-on political wake. Kate McKinnon, who has done a creditable job mocking Clinton for most of this election cycle, led off the show with a full rendition of the recently deceased Leonard Cohen's "Hallelujah." There were zero laughs and plenty of delicious, delicious celebrity tears.

McKinnon wasn't the only one crying. Lady Gaga, who introduced Clinton at her last pre-election rally, apparently wept openly backstage as Clinton lost on election night. So did Cher. Katy Perry was so overcome that she skipped singing the national anthem.

Lena Dunham of "Girls" and bragging-about-sexually-abusing-her-sister-in-her-memoir fame, penned an open letter: "I touched my face and realized I was crying. 'Can we please go home?' I said to my boyfriend. I could tell he was having trouble breathing, and I could feel my chin breaking into hives. ... At home I got in the shower and began to cry even harder. My boyfriend, who had already wept, watched me as I mumbled incoherently, clutching myself."

To put it mildly, bwahahaha. Or less mildly, BWAHAHAHA.

The left spent its time during this election cycle lecturing Americans from the Hollywood Hills. It didn't work. After years of President Barack Obama traipsing into studios in Los Angeles to read mean tweets, after nearly a decade of listening to the sophomoric unearned moral superiority of actors and actresses who earn millions for reading lines other people write, after watching 9/11 truther rappers go to the White House, Americans said no to celebrity culture.

And they did so by electing a celebrity.

The great irony of Trump's victory is that he was an anti-celebrity celebrity. He had all the perks of celebrity, but he reveled in them. He didn't try to claim that he was a better human being than white middle-class voters in Wisconsin by virtue of living in New York in a penthouse covered in gold leaf. Trump played the everyman on television, and it worked.

Meanwhile, celebrities who didn't grow up in tremendous wealth hobnobbed with the elites. Singers and actresses taped a "Fight Song" rendition for the Democratic National Convention. Dunham appeared onstage at the convention. Beyonce and Jay-Z campaigned for Clinton. So did Bruce Springsteen. And all of them did so for a woman whose closest contact with flyover country came during a highly choreographed stop at Chipotle.

Americans may never get over their obsession with celebrity. But they sure don't want to hear those celebrities talk down to them. Hollywood has disconnected itself from rural America, and rural Americans were more than willing to punish Hollywood for that sin. If Democrats hope to win down the road, they'll have to do better than trotting out the scornful glitterati.