The Romance of Poverty 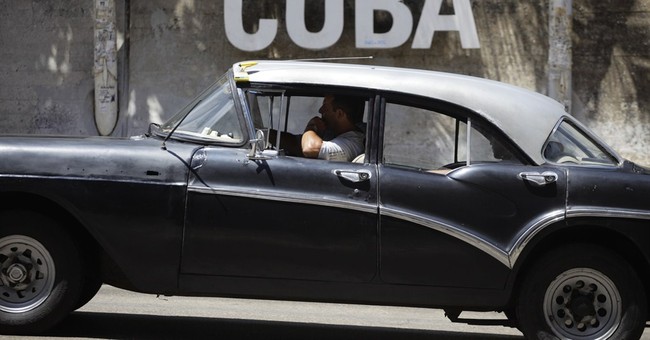 On Tuesday, CNN ran what should have been a puff piece in its travel section about the wonders of visiting Cuba. The title of the piece spelled out the angle: "Why you should travel to Cuba before it looks like everywhere else." The authors, James Williams and Daisy Carrington, write, "Cuba is not like other places, or rather, not like anywhere that exists today. To some outsiders, it looks firmly stuck in the 1950s. Vintage cars roam the streets, the landscape is absent of strip malls and global chains, and the buildings -- though crumbling -- hark back to a grander time." The authors conclude, "It is these throwbacks that lend Havana, the country's capital, an undeniable charm. A charm that, some worry, is in peril once the U.S. embargo lifts."

Who are these unnamed sources who worry deeply about the charm of poverty degrading into the soulless maw of capitalist enterprise? The left speaks of poverty with the same fervent attachment with which a lover speaks of his partner's quirks. Poverty is charming. Poverty ennobles. Poverty is Mimi from "La Boheme," Fantine from "Les Miserables," Che Guevara (the icon, not the mass murderer) and Gandhi (the icon, not the shamanistic wife beater). Poverty is artists struggling for their bread while crafting masterpieces.

And poverty is equality. Everyone calls each other comrade while they hoe their gardens for scraps of food. There's a real sense of community when everyone shares a general sense of hopelessness.

Most of all, poverty is wonderful -- for other people. It's a great place to visit, but not a place you'd like to live.

But you need others to live there so you can visit.

And so the left romanticizes poverty. Primitive civilizations must be preserved, since they represent a simpler, deeper way of life. The poor rubes who occupy such civilizations must be kept that way for their own good, lest they be transformed into shallow husks of themselves by commercialization. John Smith came to America to rape and pillage for gold; Pocahontas stood for the spirituality of the mountains and the inherent value of the eagles. Only those clinging to the bottom rung of material existence can know the colors of the wind.

Now, it turns out that those experiencing poverty like it a lot less than those who look upon it from above with a wistful eye. Those Cubans who still hope to ride their 1959 Chevrolets to Key Largo don't see their throwback vehicles as a selling point; they'd trade them in a heartbeat for a 2005 Honda Civic and the ability to drive it to an actual job. The Cubans who inhabit those quaint, run-down buildings would likely beg to have Banana Republic buy them out and let them retire elsewhere.

But that would ruin the ambience. And so the left insists that Banana Republic stay out. Because, after all, the left appreciates the authenticity of poverty, even as they artificially create it.