Rise of the Barbarians 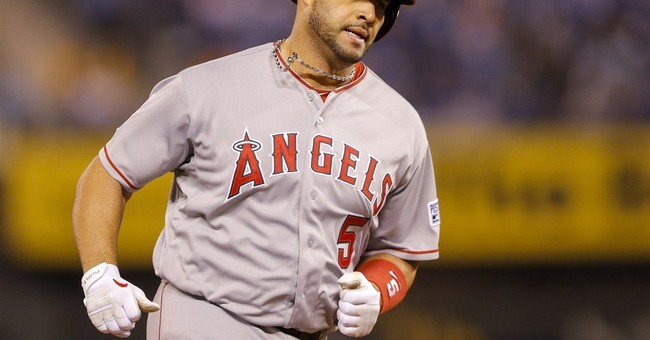 On Friday night, a Huntington Beach man, 43, was walking back to his car after the Los Angeles Angels played the Kansas City Royals in the American League Division Series. Three men accosted him, and then proceeded to beat him senseless. He is currently in critical condition at a local hospital after police found him unconscious.

I didn't find the story particularly shocking, given that I took my father and two younger sisters to the Angels-Royals game on Thursday night. Throngs packed the stadium -- the team announced the attendance at 43,321. We had bleacher seats, which sold for $68. The team must have also sold standing room tickets, since behind the bleachers -- lines of fans stood three deep, watching the game.

When my family and I arrived at the game, the ushers had not cleared paths through the standing-room crowd for those who wanted to get to their seats. We gently edged our way toward the seats.

Which is when I heard a guy scream into my ear: "Why the f--- are you bumping me?"

I turned to face a young Hispanic man, wearing a long-sleeved flannel shirt (it was reportedly 93 degrees outside at the time), baggy jeans, an Angels cap cocked off at a bizarre angle, the brim unbent. He wore a close-cropped three-day stubble. He was approximately my height, but probably 20lbs. heavier than I. Two of his friends flanked him.

Though I hadn't bumped, I quickly apologized -- after all, what point is there in a confrontation at a sporting event?

Again I apologized. When it became clear that this fellow had downed at least a few beers and had his mind set on some sort of violence, my sister grabbed my arm and we walked away. He glared at me the rest of the game. My sisters focused on reassuring me that getting into a physical fight with the dolt would have served no useful purpose, and could have ended in a 3-on-1 beating. Which didn't make me feel much better.

Unfortunately, this fellow wasn't the only beer-soaked Neanderthal in the bleachers. When a Royals fan, who happened to be black, showed up with his girlfriend, two boozy white Angels fans screamed -- with children in close proximity -- "Go back to f---ing Kansas City!"

It's unlikely any of these charming folks were involved in the beating of the Huntington Beach man after Game 2 of the ALDS. But we now live in a society where young male barbarians are growing in number, their masculinity tied into useless aggression. More and more, young men seem to channel their aggressive instinct not into building, but into destroying -- not into defending the innocent, particularly women and children, but into confrontations for no apparent reason other than demonstrating dominance.

As a society, we have robbed men of their protective missions. Men who seek to protect women and children are called anti-feminist, gender normative. Men have abandoned their responsibilities to the state. As for building things -- well, there too, men have been told that to build is to act selfishly, without concern for the community. And young men have no male role models, since many of their fathers have abandoned them or abandoned true maleness in pursuit of vainglorious brutality. All of which leads to an increase in destruction by men without purpose, hemmed in only by the power of the state and the benefits of self-interest.