Obama: Troll Hard With a Vengeance 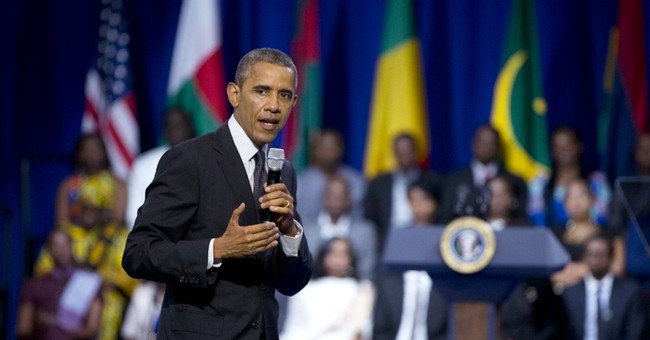 Trending
This week, as I have been predicting for months, President Barack Obama announced that he would be considering unprecedented executive action to provide legal status for millions of illegal immigrants. His goal is not to solve the immigration crisis -- you don't grant legal status to 5 million illegal immigrants, then leave the back door wide open if you're interested in solving the problem. His goal is not to help illegal immigrants -- he instead leaves them in limbo by granting them temporary work permits, rather than blanket amnesty.

His goal is trolling.

Trolling is a practice whereby a person takes a deliberately indefensible position simply to draw passionate excess from an opponent. That is Obama's goal here: He hopes for extreme language, impassioned opposition and eventually, impeachment.

Joe Trippi, a Democratic consultant, explained why Democrats love impeachment talk: "The more they talk about it, the more it has a red hot effect on their base. So if you can get the temperature just right, you're turning out all your base voters, and Democrats don't take it seriously, and it's a good year for you. If that stove gets just a little too hot, and you lose control of it, you're going to have every Democrat on the planet turning out to stop it."

Obama trolls because he recognizes that trends cut against Democrats in 2014. If he believed that Democrats were well-positioned to win back the House of Representatives, he would threaten executive action and then call on Americans to give his party a majority. Instead, he seeks to gin up outrage on the right and enthusiasm on the left. And he'll use the lives of millions of Americans and non-Americans to do it. It's a desperation play, but it's his only play.

That's because Obama has no capacity for compromise. His strategy has always been simple: govern when you have a majority; campaign when you don't. And so, for the last several years, he's spent significantly more time doing fundraisers than being president -- and even when he's being president, he's simply setting up the next stop in his endless campaign.

So what should conservatives do? First off, they should stop talking impeachment. It's a waste of time and effort. It serves no purpose. It is not principled to talk impeachment; it is idiotic. There are zero Democrats in the Senate who would vote to convict Obama and few Republicans.

Second, conservatives should point out that Obama does not have the country's best interests in mind. He does not care about the fate of illegal immigrants -- if he did, he'd stop incentivizing children to travel thousands of miles in the hands of coyotes, then offering uncertainty as to their status, incentivizing thousands more to do the same. He obviously does not care about the political climate of the country -- if he did, he'd stop manipulating and start governing.

Finally, conservatives should ignore Obama. His rhetoric is unimportant. It is a distraction. They should focus instead on his actions, which are deliberately designed to undermine the country for his own political gain.