Welcome to the Executive Dictatorship 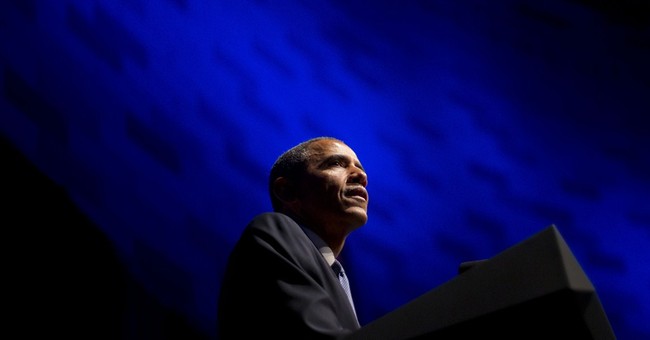 Trending
The Constitution is dead.

There is almost nothing the president of the United States cannot do. This week, we found out President Barack Obama's IRS not only targeted conservative nonprofit applicants with impunity but then destroyed the emails that could have illuminated the process behind such targeting. Meanwhile, the attorney general -- the executive officer charged with fighting government criminality -- continues to stonewall an independent prosecutor, maintaining along with his boss that there is not a "smidgen of corruption" in the IRS.

On the southern border, Immigration and Customs Enforcement has been converted from a policing agency to a humanitarian-aid agency, as the Obama administration encourages thousands of unaccompanied minors to flood Texas and Arizona. Those illegal immigrants are being shuttled around the southwest and released into the general population, and told by activists that they are just months away from amnesty.

Across the seas, Obama is unilaterally destroying America's anti-terror infrastructure. Iraq has become the preserve of the al-Qaida offshoot ISIS and the Iranian-connected Shiite government -- the specific outcome the United States originally wanted to avoid in the country. Afghanistan will soon devolve back into a Taliban-led cesspool for terror. And the Obama administration continues to fund a Palestinian government that includes terrorist groups Hamas and Islamic Jihad, and that has now kidnapped an American citizen, along with two other Israeli boys.

Nobody in the executive branch has been punished for Benghazi, Libya, Fast and Furious, serious national security leaks to major news outlets, violations of civil rights by the National Security Agency or any other major scandal. The Obama administration has seized authority to regulate health care, carbon emissions and labor relations in unforeseen ways.

And no one will stop the executive branch. Impeachment will not solve the problem of a 3 million-strong regulatory branch in which accountability is a fantasy. The legislature has no interest in stopping the growth of the executive, given that legislators seek re-election by avoiding responsibility, and granting more power to the executive avoids such responsibility. And the judiciary seems unwilling to hem in the executive branch at all, given its decisions on the Environmental Protection Agency and Obamacare.

So what's left? An elected tyranny in which the whims of the president and all of his men decide the fate of millions. The founders would have fought such a government with every fiber of their being -- and, in fact, they did fight such a government. The question now is whether state governments, elected officials and the people themselves will be willing to take the measures necessary to do the same.