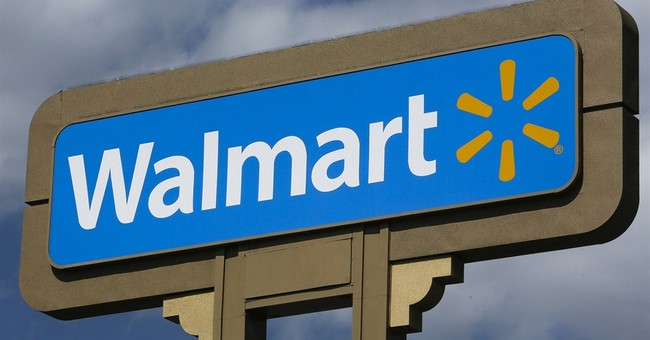 Did you hear the tragic details? You know – that dreadful news about Americans working on Thanksgiving Day, and the efforts to boycott the companies for whom they work?

“Because I believe in family, I pledge to NOT shop on Thanksgiving” the much-shared Facebook “avatar” reads. “If I’m shopping, someone else is working and not spending time with their family. Everyone deserves a holiday.”

It’s awful, isn’t it? People being productive on a holiday, providing their services to customers and making money in the process - what has happened to America?

I understand people feeling as though the historical and intended purpose of Thanksgiving Day is getting lost in our current cultural milieu. And I understand how it may feel as though retailers are simply exploiting the holiday, diminishing its actual significance, and using it for their own selfish purposes.

But before you re-post the avatar, or click “like,” or vow to “punish” the stores that will be open on Thanksgiving Thursday, why not consider a few details? In a culture given to people emoting, lashing-out – and boycotting – perhaps we’d all do well to think for a few moments.

If you’re convinced that working on Thanksgiving Day is a grave sin, then consider your own plans for that day. Might you be planning to spend some time watching football? If so, I wonder if you’re outraged at the NFL for exploiting our sacred holiday.

And what about the players – and the play-by-play broadcasters – and the tv producers and technicians and stadium parking attendants and security officers? If you’re watching football on Thanksgiving Day, all those other folks are working and NOT spending time at home with family. Don’t they deserve a day off, like you do?

And if you’ve decided that retailers should not do business on Thanksgiving Day – well, I presume you think that’s true of all retailers, including gasoline retailers – right?

Certainly you wouldn’t want a gas station employee to be away from their family on Thanksgiving Day just so you can be afforded the selfish convenience of filling-up on your way to your celebration - right?

And so what if you have car trouble or a power outage or – God forbid – you’re the victim of a crime, an accident, or a natural disaster. You won’t expect anybody to answer the phone if you call 9-1-1 or the towing company, because you won’t allow yourself to interfere with somebody else’s family plans – right?

Could it be that this backlash against retailers is yet another case of selective outrage in America? Retailers are the target of people’s anger right now, but most of us don’t really want everybody to avoid working on Thanksgiving Day, or any other day for that matter.

And how about this: if I’m shopping in a store – on Thanksgiving Day or any other day – then, yes, somebody else is working. And given that roughly one-third of the entire population of the United States is not working at all right now; and that the country’s labor force participation rate is at a thirty-five year low; and that the consumption of the federal Foodstamps and Medicaid welfare programs is at an all-time high – I’m thinking that if somebody is ambitious enough to work, even on Thanksgiving Day, then that’s a good thing.

And guess what? All this “holiday shopping” zealotry is not new. Converging Thanksgiving Day, the “holiday” season and retail shopping all together has a long history in the U.S., dating as far back as the 1920’s with President Herbert Hoover. Given that he and his successor President Franklin Delano Roosevelt both governed during a market crash and the “Great Depression,” they both saw the overall economic benefits of robust retail sales.

FDR is generally credited with forging the so-called black Friday “tradition,” and retail businesses has been perfecting it ever since. The recent developments with Target Stores, Toys R Us, Macy’s and Bed Bath and Beyond amount only to the latest chapter in a long American story. And in case it matters, Hoover was a Republican and FDR was a Democrat – so the whole holiday shopping craze, distasteful as it may be to some, is actually very “bi-partisan.”

Instead of being outraged with retailers who are trying to make money, have you considered being thankful that millions of our fellow Americans are willing to work on Thanksgiving Day, and in all different lines of work? And how about being thankful that our economy is still so incredibly functional that most of us have plenty of products from which to choose on the store shelves, and we can shop – or not shop – on most any day of the week?

Instead of outrage, let’s give thanks. That’s the best possible way to observe the holiday.