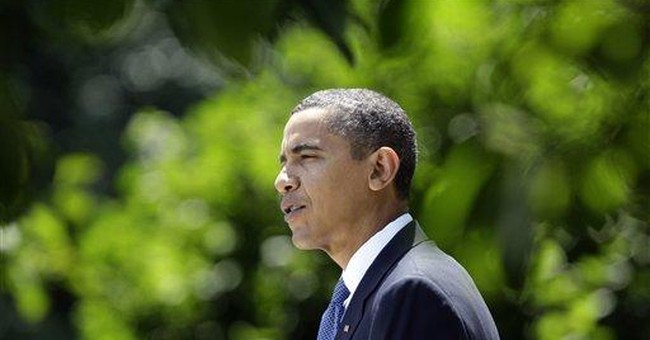 Trending
Could you be on President Obama’s “enemies list” and not even know it?
If you dare to disagree with him, you might be.
Just to be clear, the allegation that President Obama has been compiling an “enemies list” was officially raised last Thursday by Senator John Cornyn of Texas. Left-wing bloggers were quick to determine that Senator Cornyn is crazy, and to dismiss the entire incident, yet the White House regarded Cornyn’s remarks seriously enough that by Friday, it was responding to Cornyn and insisting that he is wrong.

So what was the “incident?“ By now you’ve probably learned about an apparent attempt by the Obama Administration to gather details about Americans who are allegedly “spreading disinformation,” in the midst of the national healthcare reform debate. The controversy stems from some language posted at the official web site of the White House (whitehouse.gov), wherein Linda Douglas, the communications director for the White House Health Reform Office, attempts to refute the claims that President Obama prefers a “single payer” (that is, an all government-run approach) health insurance approach.
"Facts are stubborn things," Douglas begins (a quote from President John Adams). Then she goes on to write:
“There is a lot of disinformation about health insurance reform out there, spanning from control of personal finances to end of life care. These rumors often travel just below the surface via chain emails or through casual conversation. Since we can’t keep track of all of them here at the White House, we’re asking for your help. If you get an email or see something on the web about health insurance reform that seems fishy, send it to flag @ Whitehouse.Gov. ”
Now, to put this incident into broader context, you need to first understand that Ms. Douglas’ remarks appear to be made in response to content posted on another web site. And adjacent to her text, Ms. Douglas provides a video greeting, recorded while she sat at a desk, wherein she recites many of the same things that were written in her textual message on the web site.
But at the desk where Ms. Douglas is seated, there is a computer beside her, and on the computer screen is, quite vividly, the homepage for the web site Drudgereport.com . And it just so happened that, earlier in the week, Drudgereport.com posted links to video recordings, one dating back to 2003 and the other to 2007, wherein Barack Obama stated before two live audiences (and in no uncertain terms) that he wants our country to adopt a “single payer,” “universal” health insurance system. That’s not what President Obama is promoting now. Today, he insists that he envisions a government-run healthcare plan to be only one among many options available to Americans. Yet, there he was - six years ago, and two years ago, respectively - saying the exact opposite of what he is saying today.
For her part, Ms. Douglas attempts to refute the “single payer” concern in her own video, by introducing - and then displaying - a clip of President Obama from July 28th of this year, wherein he reassured an audience that government run healthcare will not supplant private healthcare. But that fails to address the fact that before becoming President, Barack Obama argued for the elimination of private health insurance altogether (on the 2003 video clip, Obama even lamented that it would probably take ten to fifteen years to get private insurers out of the healthcare market completely).
And not only is Douglas ignoring the “facts” about Obama calling for an elimination of private health care insurers during his pre-presidential years, she is also changing the topic just a bit. She reiterates that President Obama is actively pursuing “health insurance reform,” rather than “healthcare reform.” Those two subjects are inextricably attached, but they are not the same thing, and to place emphasis on “insurance,” takes the spotlight off the most ugly facet of Obama’s agenda - he’s “selling” government-run healthcare, and thus far Americans are not buying it.
It’s nothing new to see “political spin” emerging from the White House. Spokespersons for the Presidents are always attempting to quell controversies and avoid negative attention being placed upon the President, all the while advancing the President’s message. And while Ms. Douglas is not the official Press Spokesperson for President Obama (that job belongs, of course, to Robert Gibbs), she is nonetheless fulfilling a similar role, as it regards communicating about Obama’s healthcare agenda.
What is disturbing, however, about Ms. Douglas’ message on the web site, is her apparent attempt to have Americans “snitching” on each other. She is, quite literally, asking you, if you identify something on the web about health insurance that is “fishy,” to “report” what you encountered to the U.S. Government. If you happen to have published a blog entry, or an opinion piece, or even a “letter to the editor” that expressed an opinion about the heatlh care debate that may have been different from President Obama’s, well, perhaps your government has collected data on you.
Barack Obama once wanted to eliminate private health insurance, and the White House is snooping on private citizens. Those are very, very stubborn facts, now aren’t they?
Trending Townhall Video