What I Saw At McCain Headquarters On Election Night 2008 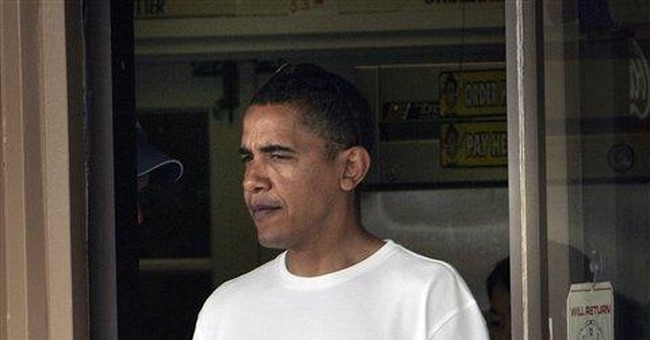 So as we close-out 2008, and begin a new year with the soon-to-be President Obama, the view from the “foreign news desk” may shed some light on some of the ways in which the world misunderstands both our country, and our President-elect.

I don’t have any “McCain scandal” to tell. No tabloid-style inside scoop about John McCain and Sarah Palin squabbling behind the scenes on election night, or Palin’s daughter’s boyfriend’s mom doing drugs, or “marital tension” boiling-over between celebrity Sarah and jealous husband Todd.

But on November 4, I was at McCain-Palin headquarters in John McCain’s hometown of Phoenix, Arizona. The headquarters were set-up at the luxurious Arizona Biltmore Hotel and Resort, a facility where Mr. McCain has spent election day for every one of his previous Senate campaigns, relaxing and watching the returns being reported.

I was hunkered-down in the “central media center,“ which was, essentially, a very large banquet facility packed with electronic equipment, and journalists and technicians from, literally, all over the world.

By 1pm Mountain Time, having watched multiple reports on the Fox Newschannel and CNN about “exit interviews” at polling centers on the east coast, there was a bit of a “lull in the action.” That’s when Ian, a reporter from Dublin, Ireland seated at the work station next to me, asked me to join him for lunch. And after some shop talk over food and beverages, the conversation got really interesting.

“You realize Europe wants Obama to win this thing, don’t you?” he asked.

“I know that’s a widely-held perception” I replied.

“You don’t think the polls are accurate?” he asked.

“I’m skeptical of them."

“The problem with McCain,” Ian explained, “is that he is perceived as being another war monger, jus like Bush, and Europe is fed-up with Bush.”

“Yes, that is another widely-held perception” I told him. “But I’m even skeptical of this supposed hatred of Bush.”

“What’s to be skeptical about?” he asked.

“Well, consider this” I told him. “During the Bush presidency, no less that four heads-of-state have campaigned on Bush-like themes of cutting taxes, and taking a strong stance against Islamic-driven terrorism, and also promised to their countrymen closer ties with the United States and the Bush Administration itself. Stephen Harper of Canada, Angela Merkel of Germany, Nicolas Sarkozy in France, and Tony Blair of England all campaigned on these platforms, in one fashion or another, and they all won their respective elections. So while the opinion polls may reflect Bush hatred, ballot boxes have conveyed something different, and I take the election outcomes more seriously than I do opinion polls.”

Ian seemed a bit surprised by this analysis, yet he didn’t try to argue about it. Changing the topic, he then asked me “so is Fox Newschannel really the most popular cable tv news outlet in the U.S.?”

“Yes, it is consistently ranked the highest in viewer ship” I told him.

“I find that ‘fair and balanced’ moniker to be very amusing” he said. “Seems to me that much of what I see there is anything but balanced.”

“I think you need to separate the news from the talk shows” I told him. “Fair and balanced is meant to describe the news product, while the talk shows are opinion and editorial-based.”

“But do you even agree that the news is either fair, or balanced?” he asked.

“I do” I told him. “Juxtaposed with the liberal bias that is inbred within other news organizations, Fox is refreshingly un-biased.”

“That’s interesting” he said with a smirk on his face. I could tell he was skeptical, but was politely choosing not to argue.

Later that night, when the clock struck 9pm on the West Coast, and California was “called” for Obama, and Obama was thus declared the winner of the election, several American journalists began cheering, “high-fiving” each other, and dancing about in the McCain media center. A shot of staffers jumping and hugging on the set at CNN in Atlanta appeared on our big screen monitors, as well. “Oh dear God,” Ian exclaimed in his thick Irish brogue. “You weren’t jokin about the bias.”

“Pardon me” I replied, not quite understanding his point.

“I said you weren’t jokin about bias in American media” he said. “What’s with all this celebration for one candidate over the other?”

“It’s real” I told him. “You’re seeing some American media professionals in a rare moment of candor. Usually the bias is more subtle, but it’s always present. That’s why you can’t believe all the wonderful things told to you by the American press about Obama and other liberal politicians, nor can you believe everything terrible told to you about Bush and other conservatives.”

Conservative Americans have developed a healthy skepticism of our nation’s dominant, mainstream media. It’s time, now, to develop a skepticism of how our nation is being portrayed in the foreign media, as well. This will be especially important as we enter into the era of Obama.