Rejecting Obama: Is It Racism, Or Socialism, Or Something Else? 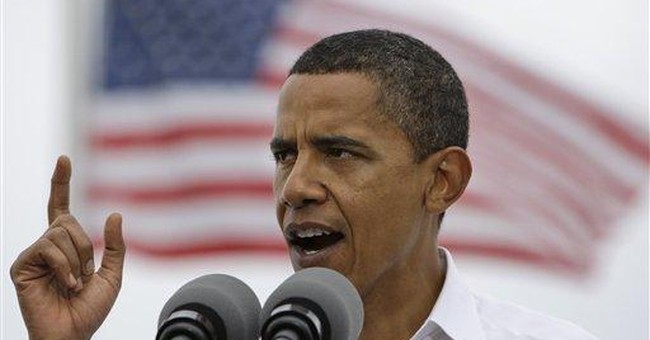 Is racism causing some Americans to reject Barack Obama’s presidential candidacy? Or is it possible that some of us who oppose Obama, simply don’t like his ideas?

In recent weeks, much has been said about the notion that Senator Obama has not adequately secured his own Democratic voter base, and has not adequately made inroads with independent voters, as many analysts believe he should have done by now.

This reality began to set-in a few days after the Democratic National Convention when, even with the closing night’s Super Bowl-styled nomination acceptance speech, Obama received virtually no “bump” in the tracking polls. It became even more apparent after Governor Sarah Palin’s selection as the Republican Vice Presidential nominee, when polling data revealed that Obama had not “closed the deal” with former Hillary Clinton supporters, (especially female Hillary supporters) and the prospect of a female Vice President on the right side of the aisle was alluring.

As of now, the Palin excitement has dissipated a bit (although she continues to energize conservative Republicans). Economic news is worsening. And the liberal “Democracy For America” political action group from Vermont is running a new video advertisement trashing Mr. McCain for having been a cancer patient, featuring photos of the Senator with surgical scars and bandages on his face, and Medical Doctor’s expressing doubts about McCain’s life expectancy.

And in the midst of this environment, it’s still essentially a “tie score” between McCain and Obama. Those polls that seem to lean in the direction of Obama, do so only slightly, and mostly within the margin of error.

So how can this be? How is it that our nation, anxious over present conditions and disgusted with the current President, is not more fully embracing the purveyor of “hope” and “change” and everything else that is thought to be the opposite of George Bush?

About two weeks ago an orchestrated effort was attempted by liberal politicians and media pundits, to assure us that the only thing that could possibly stand in between Obama and our vote is “racism.” CNN’s Jack Cafferty explained that the differences between Obama and McCain could not be more pronounced (this is true); and that McCain is essentially a carbon copy of the “failed” President George W. Bush (this is not true); and, therefore, the only reason that some Americans are not supporting Obama is Obama’s “race” (this is also not true).

Similarly, when asked at an Obama rally why she thought the presidential contest was so tight, Kansas Governor Kathleen Sebelius replied “have any of you noticed that Barack Obama is part African-American?…That may be a factor..”

And shortly thereafter, researchers at Stanford University determined that Obama may lose up to 6 percentage points on election day, simply because he’s black. As Stanford Political Scientist Paul Sniderman stated it, "there's a penalty for prejudice, and it's not trivial."

But the fact that there is racial tension in America is not “news.” And those who have been sounding the alarm about a possible “racial rejection” of Obama seem to assume that, race aside, there is nothing “unlovable” about Barack.

This is inaccurate. Many of us are appalled at the “moral equivalency” that Obama has expressed in his analysis of the democracy of Israel, and the terrorist state of Iran.

We are offended that, during his recent visit to an assembly of the United Nations in New York last week, the anti-Semitic Iranian President Mahmoud Ahmadinejad was treated to a special dinner in his honor, by Obama supporter and fundraiser Penny Pritzker. And the bizarre congeniality Obama has expressed towards the Israel-hating Ahmadinejad is now costing Obama dearly among many Democrats, Jewish Democrats in particular, in New York, New Jersey, and Florida.

Similarly, many of us Obama “non-supporters” are appalled at his economic plans. He talks a good game about “tax cuts for the middleclass,” yet has spent most of his 20 month campaign preaching the gospel of tax increases on corporations (as though this will create new jobs and improve productivity) and has vowed to nearly double the capital gains tax rate on all Americans. Obama running mate Joe Biden declared in stunning candor that he and Obama intend to “take money (without reference to whose money they wish to ‘take’) and put it in the pockets of the middle class people..” It is economic re-distribution - - “socialism” - - that Obama is peddling, and many of us aren’t buying it.

This election will be historic on many fronts. It’s a shame that the candidacy of America’s first, black, major party presidential candidate is tainted with such horribly flawed and destructive ideas.