ABC News And "The Central Question:" Will Obama Be Scrutinized Next? 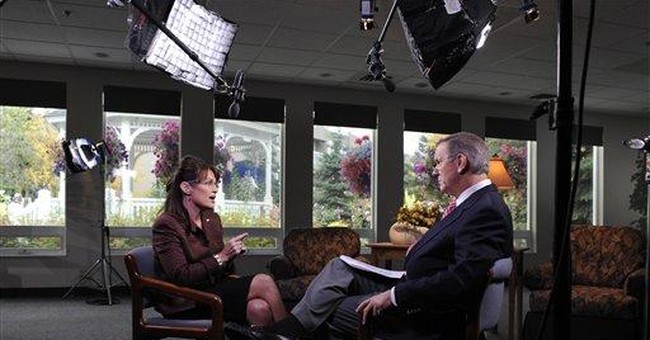 What an amazing escapade in broadcast journalism.

In his exclusive one-on-one interview with Governor Sarah Palin, the Republican Vice Presidential nominee, Charlie Gibson of ABC News began with what he characterized as “the central question:”

“Governor, let me start by asking you a question that I asked John McCain about you, and it is really the central question” he stated. “Can you look the country in the eye and say ‘I have the experience and I have the ability to be not just vice president, but perhaps president of the United States of America?’"

Great question, Charlie. And it should be the “central question” for anybody who seeks the presidency or vice presidency. So why is Governor Palin being asked this question now, while the question has not been posed to the other candidates that have participated in the 2008 election cycle?

Gibson further questioned Palin about having adequate understanding of “international affairs,” and how, and why, she remained so confident in her abilities to be President or Vice President. Gibson even asked if her attitude towards the challenge didn’t entail “some hubris.”

Much has been written in the past two days about Gibson’s condescending attitude towards Governor Palin, as well as his questioning her about “the Bush doctrine” - - complete with his refusal to clarify what he was implying with the term “Bush doctrine,” as though the term implies one precise, easily defined concept (it does not). Within the past twenty-four hours, it has also been discovered that the complete transcript of Gibson’s interview does not match up with the edited video that ABC News aired, and it appears that edits were made so as to make Governor Palin seem more aggressive towards Russia than she actually was.

I do not wish here to attempt to add to this type of analysis. I must, however, raise this question - why hasn’t Gibson’s line of questioning been applied universally, to other candidates? In particular, why hasn’t Barack Obama ever been asked similar, if not the same questions?

Senator Obama is a lawyer, former “community organizer,” and legislator, who cannot claim any particular legal, business, or legislative accomplishments. He has earned a few million dollars in the past two years with his writing and publishing, yet his written works do not enlighten about history, nor reveal any great new insights or visions for the world’s future. Both of his published books are about himself, and his “life’s journey.”

With his rather limited personal and professional background, it seems reasonable that Mr. Obama would be asked if he is “experienced enough,” or if he has a sufficient understanding of “international affairs.” One could also make the case that Obama should be challenged about “hubris,” given his favorite writing topic, and given his fast-track approach to pursuing the presidency (he launched his presidential campaign with less than a full year of experience (184 days) in the U.S. Senate).

But Barack Obama has not been asked about these things. Not by Charlie Gibson, nor by anyone else among the esteemed ranks of American journalism. And “experience” aside, there are many other puzzling facets of Mr. Obama and his candidacy, that don’t seem to elicit the slightest bit of curiosity among our journalist friends.

For example, Mr. Obama has insisted for most of this year that we are in a recession. The American economy has not posted a single quarter of “negative growth” in the GDP this year (indeed Q2 posted a rather robust gain of over 3%), and last week’s projections for Q4 estimate strong new hiring and job growth. Yet, Mr. Obama continues to say that when he becomes President, he will lead Americans out of “the recession,” and has used “the recession” to argue for a doubling of the capital gains tax rate, and sharp increases in corporate and personal income taxes. His presupposition about “the recession,” and his reasoning that tax increases will help fix “the recession,” continue to go unchallenged by American journalists.

On foreign policy, Mr. Obama has vowed to abandon the policy of the American President refusing to personally meet with leaders of known terrorist states. The policy has been in place since 1979 when President Carter’s Department of State implemented it, and it has been followed by every President since. Yet Mr. Obama has promised that when he becomes President, he will continue his great “healing work” and will meet “without pre-conditions” with the heads of our nation’s adversaries, terrorist states and all. This plan has gone unchallenged by American journalists.

The “small town gal” from Alaska is being scrutinized. The guy from the big city of Chicago, who writes and speaks eloquently about himself and has already labeled himself as a “change agent” and “the one” who is leading America “to healing,” manages to escape such scrutiny. Somebody is displaying a whole lot of “hubris,” and it is not Governor Palin.