Austin Bay
|
Posted: Mar 13, 2019 12:01 AM
Share   Tweet
The opinions expressed by columnists are their own and do not necessarily represent the views of Townhall.com. 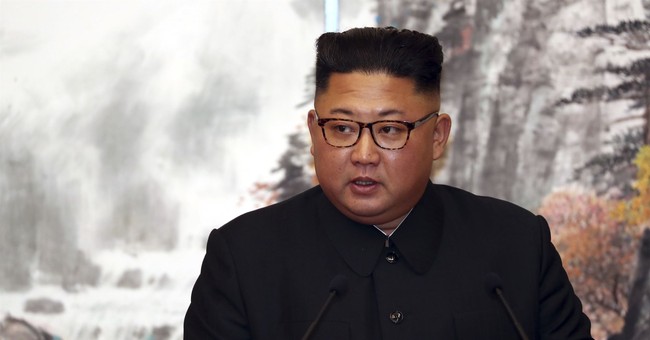 No sensational agreements; no bombastic threats. Sensationalist media had to scramble. For a week or so, snark artists called the summit a diplomatic disaster.

Start with a calendar, then do the math. The Korean War began in June 1950 when North Korea invaded South Korea. The war will turn 69 this year: definitely the menacing senior citizen among globe-threatening armed catastrophes.

Then in February 2018, North Korea's tune changed. Trump's tweet from March 6, 2018, summarized developments: "Possible progress being made in talks with North Korea. For the first time in many years, a serious effort is being made by all parties concerned. The World is watching and waiting! May be false hope, but the U.S. is ready to go hard in either direction!"

In this historical context, Hanoi may rate as a disappointment in a nascent process that began in March 2018. More likely, Kim's stonewall was a negotiating gambit he had to try. Did anyone expect the summit to end with North Korea agreeing to complete, verifiable, irreversible denuclearization?

North Korea has a record for promising good behavior, then reneging and demanding economic aid. Trump gave North Korea only his time, otherwise, Pyongyang got zilch and nada.

Kim and his cohort may regret their Hanoi stonewall. Their action will further stiffen economic and political sanctions. Financial restrictions hinder North Korean money laundering and the naval embargo has crimps smuggling. When companies are caught violating the sanctions, the businesses and their officers are penalized.

Sanctions aren't perfect but they impose costs on Pyongyang. Over time, the economic stress increases.

U.S. and allied anti-missile technology and sensor systems are improving dramatically. Land- and ship-based anti-ballistic missiles have improved. A new wrinkle affecting North Korea is boost-phase intercept using missile-armed F-35s and "long-loiter" drones armed with high-speed missiles. Drones with advanced sensors can already track missile deployments and launches. Within two years, North Korea might launch an ICBM and, within seconds, see it destroyed in boost phase by a swarm of missile-firing drones.