Austin Bay  |  Jan 10, 2018
The opinions expressed by columnists are their own and do not necessarily represent the views of Townhall.com.
Top Columns
Trending on Townhall Media

Next month wealthy South Korea will host the XXIII Winter Olympics in PyeongChang -- despite the on-going Korean War.

Sorry, this is not a technicality but a bitter historical fact and dangerous political reality. The war between North and South Korea that began in 1950 continues. The 1953 armistice is not a peace treaty but a ceasefire deal that established a Demilitarized Zone and assumed peace negotiations would follow. Unfortunately, fire on the peninsula never quite ceased and peace has not followed. North Korea's criminal regime must shoulder the blame.

South Korea's capital, Seoul, is not so fortunate. North Korean artillery regiments positioned north of the DMZ hold Seoul hostage. Pyongyang's heavy guns can threaten suburbs and manufacturing zones in and around Seoul that produce 30 to 40 percent of South Korea's GDP.

The 1988 Summer Olympics were held in Seoul, yet North Korea's big guns remained silent. The Kim regime, then led by its founder, Kim Il Sung, was jealous of the South. Investigators subsequently tied the November 1987 in-flight terror bombing of Korean Air Flight 858 to a North Korean plot to rattle South Korean parliamentary elections and frighten would-be participants in the 1988 Olympics.

However, the Cold War was still on and two key North Korean allies, the Soviet Union and East Germany, decided to send teams to Seoul. Allied Communist teams competing for Olympic gold definitely crimped any North Korean plans to disrupt the games.

However, 1988 would be the USSR's and East Germany's last Olympiad. By 1992, both Communist countries had collapsed. The Cold War was over -- except on the Korean peninsula, where it still persists.

The Korean War is often used as a prime example of a "frozen war." The description serves a purpose; the conflict continues unresolved.

However, the situation is dynamic. To highlight a difference between 1988 and 2018, the 2018 Olympics have no Soviet and East German athletes serving as human shields to thwart North Korean terrorists. Chinese athletes will participate, but Beijing claims it is enforcing stiff economic sanctions on Pyongyang. Sanctions add dynamic risk to security planning.

Here's 2018's biggest difference: most weapons analysts now agree that Kim Jong Un's regime has ICBMs capable of striking Seattle and San Francisco. Kim claims North Korea is on the verge of producing nuclear warheads for the ICBMs. Being able to threaten North America with nuclear destruction is a major strategic change in the Korean War, and one the Trump Administration swears it will not permit.

In terms of weapon arsenals and armies, North Korea manages to remain competitive in the military realm.

However, South Korea's growing cultural clout and astonishing economic success make it clear which Korea won the war for who eats and enjoys life. The world knows it; the International Olympic Committee definitely knows it, which is why South Korea is once again an Olympic host nation.

Kim knows he cannot hide the Olympic games from his starving people. They already know. So he's going to join the circus. By agreeing to send North Korean athletes, his people will see their performance. He will also give South Korea something it wants, an all but iron-clad guarantee his terrorists won't disrupt the games. If he thinks this will divide the South Korea- U.S. alliance, he's wrong. His past record is too hideous. But North Korean participation does set the stage for discussing how to proceed with denuclearizing the Korean peninsula and perhaps giving Kim something he wants: his regime's survival. 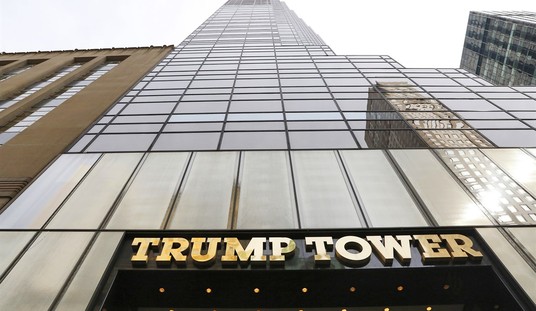