Austin Bay
|
Posted: Sep 07, 2016 12:01 AM
Share   Tweet
The opinions expressed by columnists are their own and do not necessarily represent the views of Townhall.com. 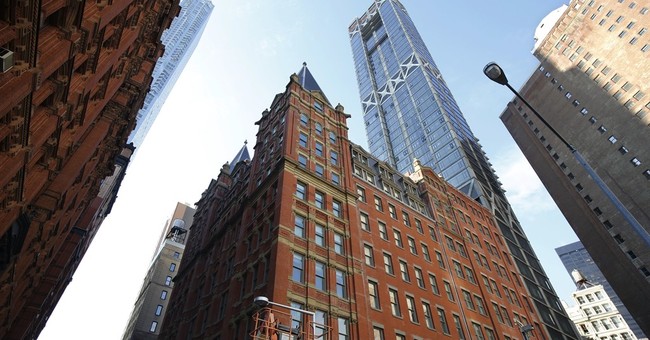 9/11 is an iconic date for Americans. It's also iconic for militant Islamists whose goals align with Osama bin Laden and his al-Qaida terror group. 9/11's prominence guaranteed the Benghazi attack would send a global message. Despite Bin Laden's death and President Barack Obama's January 5, 2012 claim that the "tide of war" was receding, in 2012 radical Islamists wanted the world to know their war on America still raged.

In the case of Benghazi, the Administration ignored the date, the year and the on-the-ground facts, and failed to take adequate precautions to defend against or respond to threats to personnel and facilities.

Mistakes and miscalculations occur in war. All wartime leaders make mistakes. However, since 2010, Obama had been suggesting that the Global War on Terror was over.

The Benghazi attack, however, demonstrated that his self-serving claim was wrong. Rather than own up to a mistake in judgment, his Administration engineered a cover-up. Though the president and secretary of state knew the attack was a planned attack, for some two weeks administration spokesmen claimed an anti-Muslim internet video had incited the violence. The president was cagily careful with his own words. However, his minions spread this false narrative. It deterred criticism of Obama's "receding" tide of war re-election campaign theme.

The administration's failure to prepare for attacks on vulnerable facilities on an iconic date in an election year, followed by its noxious "the video did it" falsehood, are why Benghazi is a politically corrosive issue in the 2016 election.

Subsequent Islamist terror attacks in the U.S., Europe and Asia, and the homicidal rise of ISIS in Iraq and Syria prove the video didn't do it.

Which leads to this reflection. I never thought the term GWOT was particularly apt. The phrase "War for the Terms of Modernity" appeared in a 2008 column of mine. It drew on a November 2001 essay that framed al-Qaida's 9/11 attacks as operations in a "fight for the future." To my mind, both phrases recognize we are engaged in a long-term cultural struggle, with struggle meaning a systemic conflict far more comprehensive than a war.

For this insight, however, November 2001 was a belated date. Egyptian author Sayyid Qutb, al-Qaida's intellectual godfather, understood the radical Islamist movement he envisioned and helped create would engage in long-term cultural struggle. He utterly despised American culture. He was executed in 1966 for allegedly plotting the assassination of Egyptian President Gamal Abdel Nasser.

So we confront religious-totalitarian enemies who wage a cultural struggle. Religious-totalitarian is an accurate description. In al-Qaida and ISIS, absolutist religious doctrines seamlessly entwine with murderous dictatorial political systems. Muslims who dispute their doctrines and methods are subject to slaughter as apostates. Their extremist dictates justify their heinous deeds as they pursue their utopian goal -- the Caliphate, a modern revival of a Deity-sanctioned past. Indeed, the Seventh century with cell phones, Islamist internet chat rooms, nuclear weapons and smart bombs: that sketches their terms of modernity. Pathological? They're dead set on killing you to achieve it.

If we are to prevail in this struggle, America and its allies must have the wisdom and resolve to ensure individual dignity and individual freedom secured by the rule of law are the fundamental tenets of 21st century modernity. We must also dedicate ourselves to the sustained, comprehensive defense of these tenets, using moral, intellectual, legal, economic and military means.