Austin Bay
|
Posted: May 11, 2016 12:01 AM
Share   Tweet
The opinions expressed by columnists are their own and do not necessarily represent the views of Townhall.com. 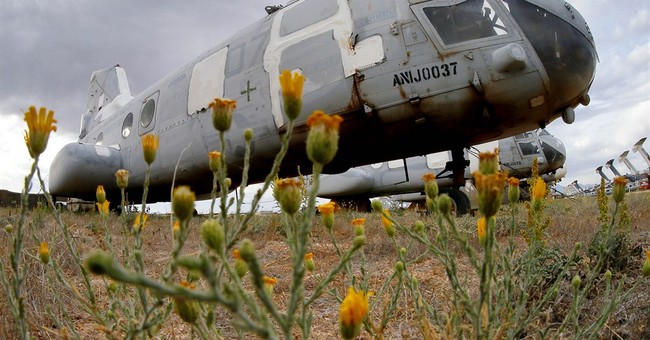 That policy is "gradual escalation." The Obama Administration does not use the term, but that is what we witness.

Gradual escalation proved to be the strategic curse of the Johnson Administration, an error in judgment that, at the time in late 1964, looked so reasonable -- and convenient -- to President Lyndon Baines Johnson. He envisioned leaving America with a transformative legacy, a victory in The War on Poverty.

I don't expect the White House press corps to give this Obama Iraq-Vietnam LBJ comparison more than passing notice. Despite a year of gradually expanding U.S. military engagement in Iraq, it has failed to do more than that. This failure reveals one of the biggest strategic weaknesses in the U.S. system: a biased media.

Intelligence agencies would call this an indication of behavioral susceptibilities.

The Obama Administration knows the national media will serve as a spin chamber to favor Democrats, even to the point of obscuring serious national security issues.

Obama's Deputy National Security Adviser for Strategic Communications, Ben Rhodes, recently gave the New York Times a gloating report on his sophisticated information warfare victory over the White House press corps and the national media (the press "blob" as Rhodes called it). Rhodes all but admits to lying about the Iran nuclear deal. He used "handpicked Beltway insiders" to "retail the administration's narrative."

One strand of the narrative was: it's either Obama's treaty or nuclear war.

Baloney, Mr. Rhodes. Your choice was stage drama, not state craft. At least a dozen other alternative policies exist that could have denied Iran's theocratic dictators nuclear weapons. The most promising involve utilize coercive diplomacy backed by military power.

But try and detail a policy requiring complex operations sustained by persevering leadership to a press corps spin drunk on giving Obama an arms control legacy. That -- the legacy `-- was the denouement of Rhodes melodrama. Remember, in 2008, candidate Barack Obama promised Iran unconditional negotiations. He sure delivered.

It is very difficult to determine the exact number of U.S. combat troops currently in Iraq. Yes, I wrote that correctly, combat troops. The Pentagon says around 3,600. But in February, a U.S. military spokesman in Iraq admitted "it's fair to say" on a daily basis the number exceeded 4,000.

On May 4, U.S. Defense Secretary Ashton Carter told Iraqi leaders the U.S. would deploy attack helicopters to Iraq to support the attack on Mosul. More Marines will deploy.

U.S. Marine units have already suffered casualties in engagements with ISIS combatants near Mosul. Yet the White House insists that the U.S. has "no boots on the ground," an echo of the Wizard of Oz ordering Dorothy to pay no attention to the man behind the curtain.

In Fall 2011, we had Iraq won. Joe Biden touted Iraq as an Obama Administration success. Former CENTCOM commander General Lloyd Austin wanted to keep a residual U.S. force of 23,000 in Iraq , a "presence" to reassure Iraqis and deter Iranian finagling. He also indicated that 10,000 to 15,000 might suffice.

When will Obama's gradual escalation exceed 10,000?

To find out more about Austin Bay and read features by other Creators writers and cartoonists, visit the Creators Syndicate Web page at www.creators.com.

FBI Confirms Remains Found in Wyoming are Those of Gabby Petito
Landon Mion
Psaki Confirms Border Patrol Agents Will Be Disciplined For Protecting America
Katie Pavlich
'Where Is She?' MSNBC Host Rips Kamala Harris For Being a Miserable Failure on the Border
Matt Vespa
Rep. Jordan on Border Crisis: ‘The White House Is Not Willing to Embrace the Policies That Work’
Madeline Leesman
Bob Woodward: Milley’s Call with China was Made ‘in the Interest of Protecting the Country’
Landon Mion
'Asleep at the Switch': Nikki Haley Rebukes Biden's UN Address
Reagan McCarthy