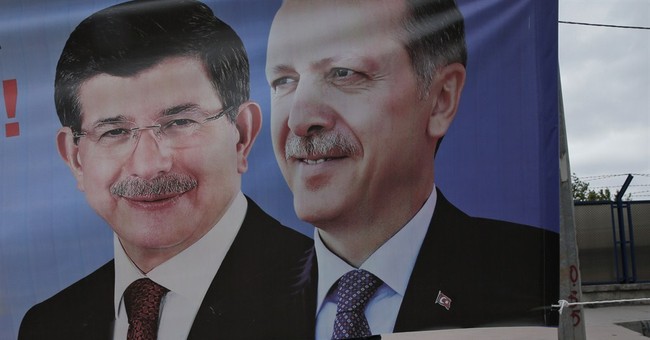 Curbing Erdogan's increasingly authoritarian ambitions not only is good news for Turkey but also makes a global statement about democratic resilience and the wisdom of free, informed voters when faced with difficult choices.

Culturally Islamic nations desperately need inclusive secular political models and free market development models. To the dismay of the Islamic State group's homicidal caliph and al-Qaida terrorists, the Turkish election demonstrates that a secular, democratic political system in a culturally Islamic society can be strong and confident enough to halt its most powerful leader when the ego-tripping head of state is in the process of going rogue.

Turkey's achievement has immense implications for the Middle East and, for that matter, the whole developing world. One of the major questions the Arab Spring posed in 2011 is how to modernize culturally Islamic nations. Islamic State modernity requires a strict seventh- or eighth-century religious social order (complete with ritual beheadings). However, it gets to possess 21st-century weapons and employ social media propagandists. Islamic State economics, beyond subsistence agriculture, amounts to the caliph's magnanimously dispensing loot and pillage to the faithful. What the caliph says goes, or his thugs kill you.

In contrast to this tribal violence and rule by the big man's whim, Turkey's democratic revolution, launched in 1923 by Turkey's republican founder, Mustafa Kemal Ataturk, offers stability, freedom and prosperity. Though Ataturk did not immediately establish a democracy, he authored a democratic orientation where Turkey's citizens would acquire experience with political pluralism, secular law, economic creativity and government by consent of the governed (instead of the consent of the Muslim clerisy and the sultan -- or the Turkish military).

It appears Turkey's experienced voters, the beneficiaries of Ataturk's vision, gave a would-be strongman a lesson.

Erdogan began as a reformer pursuing free market economic reforms and battling corruption. For a decade (roughly 2003-13), Turkey's economy grew. He was popular. However, he also used his single-party majority to collect and solidify power for himself and his close supporters.

At times, the reform mask fell, revealing a bully with a penchant for jailing critical journalists and using highly questionable prosecutorial tactics to jail respected senior army officers on vague charges of terrorism.

Erdogan was on the verge of becoming Turkey's biggest political problem, which is why his loss of majority control has enormous implications.

He sought a two-thirds AKP parliamentary majority. He then could have amended the constitution and imposed a powerful presidency on the political system. Opposition parties feared Erdogan's goal was imposing by insidious osmosis -- "rule by the big man's whim" -- for who would have become this empowered super-president bossing a less democratic and ever-more majoritarian government? Why, the fellow whom critics refer to as Sultan Recep. Prior to the June 7 election, the AKP had 327 seats in Parliament. Based on the most recent count, it now holds 258, far short of two-thirds. Single-party government control in Turkey requires 276 seats.

Since 1923, secular Turks (many of whom are practicing Muslims) have harbored the fear that if Islamists ever took power, they would never release it. One Islamist win would be the last free election. In the 1990s, in the midst of a rabble-rousing speech, Erdogan delivered this dangerous gem: "Democracy is merely a train that we ride until we reach our destination. Mosques are our military barracks. Minarets are our spears. And domes are our helmets."

Yes, I believe he tempered. While visiting Egypt in 2011, he said that he was a devout Muslim but also president of a democracy and that there was no conflict between his faith and democracy.