Confessions of a NATO Trip Wire: Why Poles and Balts Want US Trip Wire Forces 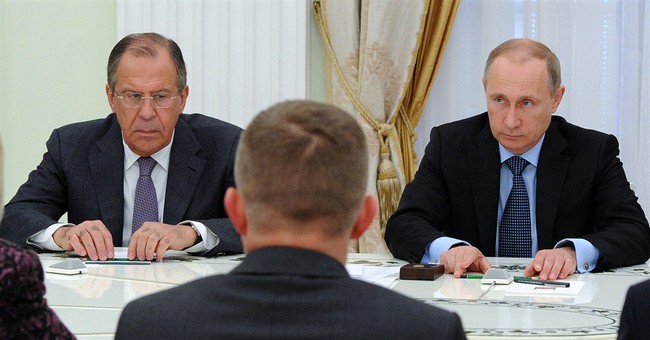 Occasionally referred to as The Three Musketeers Clause, the NATO treaty's Article 5 exemplifies the hard diplomacy that won the Cold War. The daring French musketeers promised one for all and all for one. Article 5 made a similar serious commitment.

In Article 5, NATO members agreed, "that an armed attack against one or more of them ... shall be considered an attack against them all." Each member would then take "action as it deems necessary, including the use of armed force, to restore and maintain" NATO security. The enemy had to attack a member's territory or member "forces, vessels or aircraft" operating "in or over" NATO territory.

That last clause told the Kremlin that an attack on U.S. soldiers in West Germany would trigger Article 5. Observers referred to U.S. soldiers on the "intra-German border" as "trip wires." And we were. I served a year in a U.S. Army armored cavalry regiment covering the Fulda Gap invasion corridor. From one of our observation posts we could watch the Soviet tank regiment stationed in Meiningen, East Germany, exercise on a live-fire range a short seven kilometers from the border. The regiment had over 100 T-62 main battle tanks. Four Russian divisions were positioned to follow the forward regiment. Occasionally, our ready-to-go reaction force consisted of two tanks. However, if the Russians "attacked from garrison" (a type of surprise attack), they would have to fight us. Even if this first battle was fatally brief, our resistance guaranteed Moscow faced a global war. The Russians knew the U.S. Air Force could shatter their tank divisions. The U.S. Navy would maul the Soviet fleet.

Message One: We encouraged aggressive Kremlin war planners to avoid actualizing their aggression. Think twice; then go have a shot of vodka.

Message Two: Message Two: We assured other NATO members that the U.S. would fulfill its Article 5 commitment. We were there to deter conflict. We bet that George Kennan was right. Contain the Soviets. After frustrating their aggression, at some point they would "mellow."

Vladimir Putin and his Kremlin pals have "de-mellowed." According to Putin, NATO and the U.S. are enemies, and our policies provocations. This repeats 1975 Soviet agitprop, which described my out-gunned unit as an imperialist occupier. Hey, Vlad, let me abuse words just like you do, buddy, to satirize your lies. We sure were provocative. We provoked second thoughts, you old KGB colonel, you. We intentionally provoked frustration in you and other Communist imperialists.

NATO's 21st-century eastern flank needs trip wires. To Poles and Balts, Putin's 2014 seizure and annexation of Crimea confirmed his aggressive intent. It also confirmed his disregard for treaties and high-stakes inclination to test U.S. resolve. In pulling off the Crimea caper, Putin shattered the 1994 Budapest Accord, in which Russia guaranteed Ukrainian territorial sovereignty in exchange for Ukraine's nuclear weapons.

Last year, Poland's foreign minister said NATO should station two heavy (armored) brigades on Polish soil. In May 2015, senior officials in the Baltic states asked the U.S. to establish permanent military garrisons in their countries. At the present time, the U.S. will briefly send units to Poland and the Balts (rotational units). NATO also conducts fairly robust exercises in these countries.

This is not a case where our allies are asking Uncle Sam to bear the burden while they party in France. In February, Poland launched a $36 billion defense modernization and expansion program. Poles and Balts want U.S. forces to, you know, provoke Putin -- provoke the wisdom of peaceful second thoughts.