The Struggle to Reform Islam 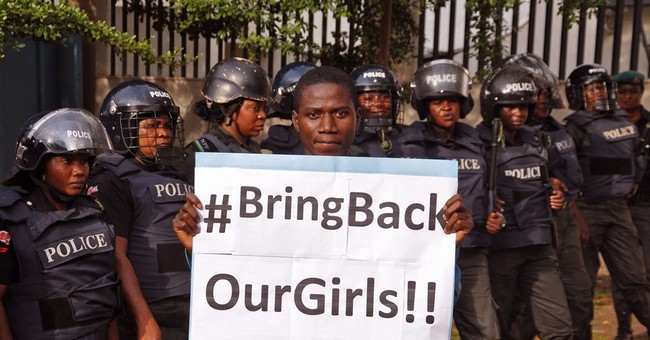 It is much easier to count the dead in Paris than in rural Nigeria.

Islamist terrorists connected to al-Qaida or Islamic State (perhaps both) murdered 17 people in the modern, globally linked capital of France. Seventeen is a definite number.

Last week, Boko Haram, the Nigerian Islamist terror movement, murdered several hundred people. Initial reports claimed 2,000. U.N. and Nigerian sources have trimmed the death toll but confirmed the massacre occurred and most of the victims were women and children.

The Paris butchers claimed their slaughter of 12 in the office of the satirical journal where Charlie Hebdo avenged the magazine's publication of cartoons, which -- according to the terrorists' religious dogma -- blasphemed Muhammad. A terrorist pal, however, also killed five people in a Jewish deli. Brutally murder editors and satirists in order to intimidate the press and silence free expression, and then target European Jews: both acts of carnage engage a vast store of ugly history.

The Islamist murders in Nigeria also touch terrible history. The 10th Parallel north, as it cuts across the continent, crudely divides Muslim North Africa from Christian and animist South Africa. In Uganda in 2002, I heard a Ugandan call it Africa's "green line," with green denoting Islam. He said for a millennium, Muslim imperialists had pushed south with two objectives, conversion and enslavement. Arab Muslims were running African slaving operations in the early 20th century.

The 10th Parallel north crosses Nigeria. Boko Haram bases its right to rule the whole of Nigeria on its Islam. Allah gives Muslims the right to rule. For roughly the same reason, the terrorists in Paris thought Islamic law superseded French press freedoms.

Remember the Chibok schoolgirls, seized by Boko Haram in a raid in April 2014? The Obama administration made it a cause celebre, with the twitter hashtag, "bringbackourgirls." The girls aren't back. In The Daily Telegraph, David Blair recently noted that Boko Haram'semir, Abubakar Shekau, intends to sell the Chibok girls as slaves. "Allah instructed me to sell them (the girls); they are his properties," Shekau said. Blair dubbed it "a primeval business." Apt phrase, that.

Every culture has its rejectionists, people who have disagreements with modernity. Sometimes they get violent. Terror is a tactic. Three decades ago Catholic and Protestant terror gangs squared off regularly in Northern Ireland.

The 30 Years War, spurred by Martin Luther's Protestant Reformation, savaged Europe -- but it ended in 1648. Here and now in our time, the most violent and dangerous struggle of the terms of modernity is within the world's Muslim communities, and it spills out across the globe.

"Islam needs its own Martin Luther," a Turkish professor friend of mine mused in 1992 as we watched an Ayatollah Khomeini-inspired demonstration in Istanbul. Moderate Muslim clerics argue their religion has been hijacked by extremists (like Khomeini) who use terror to silence religious and political opponents. Presumably, a "reformed" Islam would tolerate political pluralism and accept Charlie Hebdo's cartoons as the inevitable consequence of democratic toleration.

The Turkish professor was a Muslim and a Kemalist (follower of Kemal Ataturk, founder of the modern Turkish Republic). He supported a secular state, arguing only secular state can ensure political pluralism.

Radical Islamists, however, contend this is impossible. Within their Islam, mosque and state do not separate.

Ataturk provided a model for modernizing a culturally Islamic society, but his secular state is under attack by Turkish Islamists.

Perhaps the reformers have a new protector and advocate, this time an Arab Muslim.

On Jan. 1, Egyptian president Abdel-Fattah al-Sisi delivered a speech to the imams of al-Azhar University in Cairo. The speech was rich with echoes of Ataturk.

"Is it possible that 1.6 billion people (Muslims) should want to kill the rest of the world's inhabitants ... so that they themselves may live? Impossible! You cannot feel it if you remain trapped within this mindset," al-Sisi said. "You need to step outside of yourselves to be able to observe it and reflect on it from a more enlightened perspective."

Yes. Welcome to The Enlightenment.