Islamic State's Murderous Excess Is The Road To Its Demise 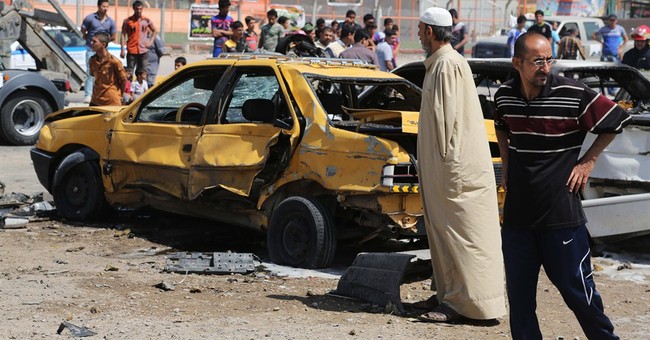 The terror gang now known as the Islamic State planned and executed an astonishingly successful military and media offensive.

Hatched in 2010 when the gang still went by al-Qaida in Iraq, the combined military-and-message punch banked on a complete U.S. military withdrawal.

The jihadists got it. Iraq needed a U.S. "security nightlight" to protect and mentor its fragile democracy, but America failed to leave a residual force. Iraq's crony-ridden government and a U.S. administration peddling the nostrum that a decade of war was receding share responsibility for this strategic blunder. The terror gang, under the nom de guerre Islamic State of Iraq and the Levant, filled the power vacuum.

Sensational battlefield victories complemented by calculated political symbolism --- the June 29 declaration of a world-wide Islamic caliphate, for example -- have given the Islamic State and its leader, Abu Bakr al-Baghdadi, global name recognition and control of geographic territory.

In an Internet video recording of his self-Caliphization, al-Baghdadi wears a black turban and black robe. He has a black beard and a dark expression. In early July, the Associated Press released a translation of his announcement. "The mujahedeen have been rewarded victory by God after years of jihad," he said. "They, the mujahedeen, were able to achieve their aim and hurried to announce the caliphate and choose the Imam. It is a burden to accept this responsibility to be in charge of you," he continued. "I am not better than you or more virtuous than you. If you see me on the right path, help me. If you see me on the wrong path, advise me and halt me. And obey me as far as I obey God."

Genocide and basic black have totally wowed Baghdadi's target political audience. The Washington Post reports that Sunni extremists are quitting al-Qaida and heading for al-Baghdadi's territory. That was his goal; he needs more recruits to repress it and defend it.

The Islamic State may field as few as 5,000 committed fighters. He needs tens of thousands to secure his territory.

However, the Islamic State's barbaric excess -- an integral part of its recruitment pitch -- has begun to undermine its political and military success. The jihadists have committed the Jacobin mistake. The French Revolution's Jacobin radicals employed the guillotine's blade in the public square; even when it wasn't chopping, its presence visually reminded citizens that Jacobins exercised absolute authority.

Until Jacobin excess united their enemies and led to their downfall. Jihadist crimes ignited international opposition. The Islamic State's genocidal assault on Yazidi Kurds galvanized it.

The political shape of an anti-Islamic State coalition is emerging. The Iraqi government has changed; so have American political calculations. U.S. and Turkish intelligence capabilities are focusing on the Islamic State. Though the mujahedeen dealt the Kurdish peshmerga a stinging defeat, U.S. air support gives the Kurds the edge in firepower. American military personnel are advising Iraqi Army officers. Islamic State mujahedeen could discover they are trapped between a peshmerga anvil and Iraqi Army hammer, both reinforced by U.S. airstrikes.

The Caliph and his fighters could retreat, but their ideological credibility would slide. Defending their territory, however, creates a targeting opportunity. It's called the Flypaper Effect. The mujahedeen who left Yemen, Libya and Europe to fight for the Islamic State suddenly discover they are in the bull's-eye of a 500-pound laser-guided bomb.