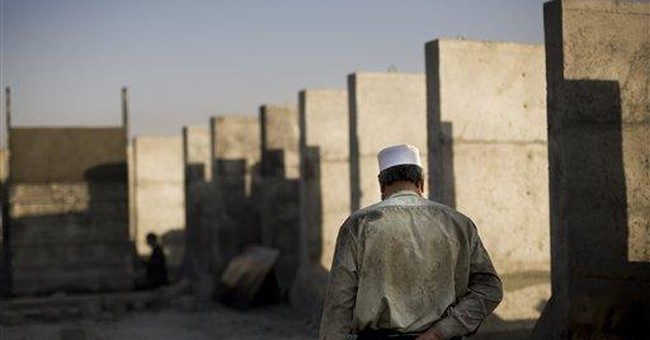 Analysts, and for that matter, political leaders rarely address this question, at least publicly. That's unfortunate. Napoleon understood the importance of assessing his opposition's position. He wrote in 1809, "In war one sees his own troubles, not those of the enemy." Focusing on one's own troubles and those of allies thwarts the clear-headed analysis of a diplomatic or military conflict Napoleon insisted was the mark of an effective senior commander.

American media have made a business of touting America's troubles in the War on Terror. Tales of doom, fright and angry despair are audience-grabbers. Would that doom, fear and despair were the sole traits. An "it must be our fault and we made them angry" argument threads the cable TV carnival of doom. In the case of Hasan, this shtick became a discussion of his "alienation" and "isolation."

Historians such as Bernard Lewis have written volumes on the Islamic world's cultural, historical, economic and political problems. Lewis' "What Went Wrong?" published in 2001, provided an extensive treatment of the great decline afflicting Middle Eastern Muslims. The assumption of theological superiority led to intellectual fossilization and stifled economic and cultural innovation.

Al-Qaida's brand of violent Islamists and their allies claim they have answers for "what went wrong" in their world. Lack of religious authenticity is part of his answer -- authentic Muslims will believe as al-Qaida believes. Hence al-Qaida places itself at odds with the majority of the world's Muslims. In al-Qaida's view, dividing secular and religious authority is a huge mistake, hence its goal of re-establishing a Muslim "caliphate."

There are various "green maps" of this caliphate, usually stretching from Spain to New Guinea, though Hasan would arguably include North America, since it appears he thinks sharia law should supersede the U.S. Constitution.

Al-Qaida in Iraq's emir, Abu Musab al Zarqawi, provided us with the most telling insight into al-Qaida's assessment of our strength and al-Qaida's huge problems -- problems existing on Arab Muslim turf. Intercepted in Iraq in January 2004, Zarqawi's letter to al-Qaida's senior leaders bewailed the attraction of democracy in Iraq.

A secular, democratic state run by Iraqis was his nightmare, and would seal al-Qaida's defeat in Iraq. This "new Iraq" would also create a modernizing political option in the Middle East. Zarqawi concluded he had to foment a sectarian war in Iraq between Shia and Sunni Arabs, and the resulting bloodshed and chaos would inflict a psychological and military defeat on the U.S. and its Iraqi allies.

Measured by the grand map of the would-be caliphate, al-Qaida has arguably lost significant ground since 2001. Several Sunni and Shia conflicts continue, but the strife Zarqawi sought to fatally ignite failed to shatter Iraq. He did incite defeatists in the U.S., but it was Zarqawi who was defeated in Iraq.

Pakistan teeters -- it remains a radical Islamist opportunity, but its success depends on Pashtun tribal fortunes. The same al-Qaida dependency obtains in Afghanistan. If Pashtun Taliban factions choose to make new political settlements in Pakistan or Afghanistan, the al-Qaida commanders they currently harbor are a trading card for concessions in both Kabul and Islamabad.

Al-Qaida's ideology remains psychologically influential, and Hasan is likely an example of a sympathizer turned terrorist operative on his own initiative. Hasans are a definite danger. In the aftermath of his assault, Americans are more closely evaluating violent, anti-American threats as indicative steps toward violent, terrorist action.

Diminishing the space for domestic terrorist sympathizers may well be the fruit of his murders. And that would be another defeat for al-Qaida's tyrants.

Who Killed Ashli Babbitt
Townhall
Marjorie Taylor Greene has a question for Speaker Pelosi on 'danger to our society' Maxine Waters
Twitchy
Conservative Women Are the Happiest People in America: Any Guesses Who's Unhappiest?
Redstate
Cops Don’t Have a Pause Button
PJ Media