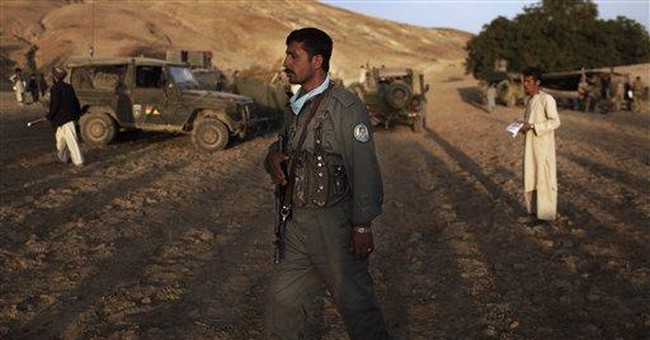 When American special operations forces (SOF) operating in Somalia killed a terrorist mastermind this past week, media reports focused on the drama and the bombast.

The drama was palpable. U.S. SOF used helicopters to attack a vehicle carrying Saleh Ali Saleh Nabhan, a notorious al-Qaida-affiliated killer currently aligned with the Somali Islamist militia, Al Shabab. After the copter attack on Nabhan's vehicle, a commando team landed and retrieved his body. This daring raid sounds like the work of U.S. Navy SEALs, but in complex missions in complicated places like the Horn of Africa, the U.S. Special Operations Command (SOCOM) makes use of elite SOF units from all services.

Indisputable evidence of success or failure in a "shadow war" against terrorists (and particularly in an anarchic region like Somalia) is rare. We have seen vicious terrorists repeatedly tout their mere survival as a victory, and media wedded to an "underdog" narrative template frequently repeat such propaganda without examination. Molecular analysis of Nabhan's corpse becomes an information warfare tool by providing DNA confirmation of his demise.

The subsequent bombast from Al Shabab, however, takes Nabhan's death as a given. Al Shabab told France's AFPA that ?"Muslims will retaliate against this unprovoked attack. ... The United States is Islam's known enemy, and we will never expect mercy from them, nor should they expect mercy from us."

Unprovoked? Nabhan helped organize a terror bombing that killed 15 people at the Paradise Hotel in Mombasa, Kenya, in 2002. He also played a role in an attempted shoot-down of an airliner at the Mombasa airport.

Islamist terrorists regard Kenya as a battle zone. In August 1998, they bombed the U.S. embassy in Nairobi. A captured al-Qaida document ("Trip from Nairobi to Cape Kambooni," translated in March 2002) provided a terrorist's assessment of the Kenyan coast. The al-Qaida plotter noted that Mombasa "teems with foreigners who stroll all over the place. It is said? that the American Army soldiers take their R&R there. Mombasa's security situation is terrible."

Today, the Kenya-Somali border remains porous, though Kenya has begun beefing up border police forces. Al-Qaida regards Somalia as its "first victory" over the U.S. Al-Qaida's "Letter 3" (from its "Letters to Africa Corps," translated in June 2002) made that clear. Of the U.S. retreat from Mogadishu in 1993 (spurred by the "Blackhawk Down" battle), Letter 3 said: "The Somali experience confirmed the spurious nature of American ?power and that it has not recovered from the Vietnam complex. It fears ?getting bogged down in a real war that would reveal its psychological collapse at the level of personnel and leadership."

Somalia is arguably the planet's foremost "failed state," with the Democratic Republic of Congo its basket-case competitor. Ethiopia and the African Union support Somalia's Transitional National Government (TNG). The AU has a small peacekeeping force in Mogadishu (led by contingents from Uganda and Burundi), allegedly protecting the weak TNG. Al Shabab draws ideological support from al-Qaida but the nation of Eritrea supplies weapons and training. Eritrea and Ethiopia are fighting a proxy war in Somalia, an extension of their own unresolved border conflict. This war provides toxic fuel for the shadow war of terrorists, clans, pirates and SOF.

Resolving the Ethiopia-Eritrea conflict would help lower the heat in the Somali cauldron, but that won't happen anytime soon.

On 9-11, the U.S. learned the bitter lesson that it cannot ignore the world's chaotic corners because terrorists will use them as global bases.

The result is a shadow war, where U.S. SOF target terrorist leadership and seek to disrupt terrorist plans.

The Somali people, however, are the real soft targets, and al-Qaida and its affiliate Al Shabab have no compunction about using them as sacrificial pawns and human shields. Letter 3 advocated creating a "national Islamic front" in Somalia - a shabby mask for al-Qaida's regional and international aims.