Why GOP Voters Still Don’t Get a Good Budget

Arthur Schaper
|
Posted: May 06, 2017 12:01 AM
Share   Tweet
The opinions expressed by columnists are their own and do not necessarily represent the views of Townhall.com. 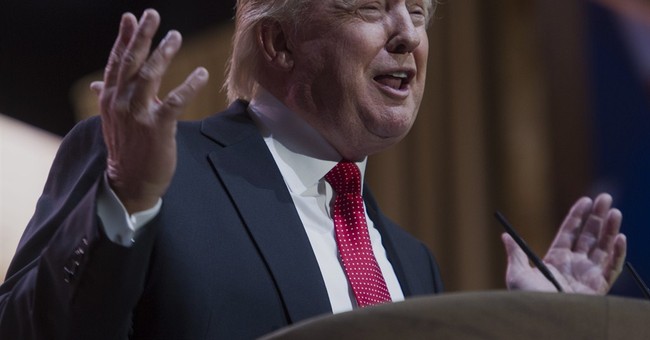 The latest Congressional omnibus is a total crock.

How could this happen?

President Trump campaigned and won on making good deals. He fired bad contestants every week on “The Apprentice,” but the latest budget made him look like the one who got fired. I am glad that Trump’s an outsider, but it looks like business as usual side-swiped him. Sure, we want people who do not originate from within the system, but we still need people who will take on the system, not the other way around.

The budget was a dud. I agree with Ann Coulter (again, but she still should have shown up in Berkeley)—waiting for “next time” is like Waiting for Godot, but even more absurd. This “next time” mentality does not exist for us. “Next Time” will not prevent another heinous murder like Kate Steinle’s. “Next time” doesn’t stop the illicit and pernicious drug trade poisoning our streets and communities. I am not interested in “Next Time”. Now is the acceptable time to get every budget done right.

The latest omnibus does not defund of Planned Parenthood. There’s no money for the wall along the United States’ southern border, but funding for walls in other war-torn countries in Asia and Africa. Wasn’t anyone paying attention when former Congressman Ron Paul questioned this foreign aid racket? We spend billions defending other borders, but pay less attention to protecting our own?

Trump, you were elected to drain the swamp, but the Swamp Thing isn’t going down the drain without a fight. The fight for our rights and good governance under the Constitution did not end on Election Day. We need to see more wins like the Republican reversals in the Rust Belt. It won’t end with confirming Neil Gorsuch, although I agree with Liberty Caucus champion Thomas Massie that this confirmation made your election worth it. Yes, there will be setbacks and limitations which will plague the your administration for years to come. But I am not settling for an ending to winning.

More winning, Trump. I haven’t gotten tired of it. Have you?

No funding for the wall? That was one outstanding signature promise of your entire campaign. Oh wait, silly me. Your press secretary Sean Spicer jousted with Breitbart reporters that the budget would help repair holes within 40 miles of the border fence. Hold on, Sean, those sections are not walls, and the repairs do not constitute walls.

No wall? Really?! Trump’s bitter primary rival Ted Cruz upended Trump with his “El Chapo Civil Asset Forfeiture” Act. How come Trump didn’t think of that? $1.4 billion for the wall is a drop in the bucket. Hey, I welcome constitutional executive orders which delineate the scope and discretion of the executive departments. I think that the regulatory rollback is excellent. But don’t stop there. We want a wall. Build the wall! Or as Milo had so gently declared in one talk: “Build the F---king Wall!”

Where’s Mr. Trump, the man who ran the boardroom like Superman turning the world backwards? I was hoping for something a little bit better than Howie Mandel: “Deal or No Deal?” without any leadership or input. I want the hard-core, hard-hitting businessman back in the saddle, i.e. the national board room, the Oval Office!

The omnibus is bad on other levels, too. More H2-B Visas? Not OK. So glad that US Senator Tom Cotton deliberately spoke out against that sudden addition. No defunding Planned Murderhood? Another unkept promise. The sanctuary city insanity is not fully resolved. Attorney General Sessions has issued letters and blocked grants. That’s nice, but not enough. Cities should not be getting Homeland Security grants in the first place, since they erode local control and individual voters’ sovereignty.

The bad budgeting process is not all on Trump’s shoulders. He could have vetoed the bill (too late!), then tell Congress: “Try again!” But why do Republicans, even with strong majorities, run away from hard demands for their—for our—priorities?

1. Big Business still pulls too many strings within the Republican caucus. More Republicans need to get used to micro-donations to build their war chests. Relying on third-house (i.e. special interest) money means that demands for more cheap labor as well as dismissal of clear cultural priorities (like protecting life) will win the day.

2. Republican leaders are still obsessed with appearing as the governing party, or The Adults in the Room. Good parents are not afraid to go crazy on their kids when they get out of line. As a teacher, I learned early that if kids wanted to act up, calling their bluff would force them to calm down.

3. The shrinking Establishment wing still holds levers of power (Hi, Speaker Ryan! They haven’t fired you yet?!). They worry about what the mainstream media thinks. The prime example of Donald Trump is not enough for them, I guess. They’ve simply gotten too comfy with collecting their paycheck then working for the cushy lobbyist job waiting for them after their retirement.

Then we get this from Trump: “I thought being President would be easier.”

Almost every President thought that way, except for Lincoln, since he trudged into office facing the dissolution of the United States, plus feuding members of his own cabinet all around him. The crazy wife didn’t help matters. Melania exceeds as First Lady, no doubt. Perhaps she should lead the next budget proposals.

I still believe in electing Republicans, (I don’t agree with Coulter on this issue) just better ones, a new fierce, robust phalanx of lawmakers beholden to their oath of office, not the worth of their donors, i.e. David Brat and Mark Meadows. They could then double down in the face of bad Democratic demands. If the Democratic Party insists on shutting down the government if they don’t get what they want, then let them live with their half-brained scheme. Let the Democrats shut the government down! Rush Limbaugh had it right: “The American people are ready to blame the Democrats.”