Arthur Schaper
|
Posted: Dec 20, 2016 12:01 AM
Share   Tweet
The opinions expressed by columnists are their own and do not necessarily represent the views of Townhall.com. 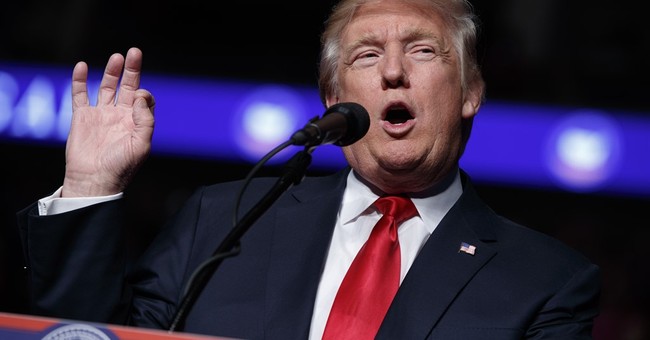 Welcome to Political Science 101, folks. Even some of my workplace peers are unclear about the Electoral College. Reminders: We are a Constitutional Republic, not a democracy, and the vote which confirms our next president is the Electoral College, not the nationwide popular vote. The Clinton campaign, the Stein campaign, the major networks did everything they could to hold the country in suspense and suspend the final results of these elections. College cry-bullies tried everything, too. They wrote emails, they blogged, sent hateful tweets. Yes, and all the other social media bells and whistles one can think of.

The spoiled, liberal-leaning Millennial generation just endured the first of many rude awakenings headed their way. Temper tantrums work on indulgent parents and frazzled professors, but not on elected officials and party leaders who want what’s best for the country. The college dropouts realized that the Electoral College is more than an elevated frat party of well-dressed activists.

They are elected officials, parents, children, business owners committed to the future of this country. They think, not feel, and they didn’t feel anything about the infantile rage of the left-wing crowds hating our Constitutional Republic.  Of course, the irate snowflakes who campaigned for Hillary didn’t stop with angry, mindless protests. The Tinseltown mafia assembled their own set of well-connected spokesmen for a final swing at swaying the Republican electors.

I had to watch a bunch of stuck-up A- (Martin Sheen is not a Big Time A+ actor to me. His politics are even worse. I would rather listen to Charlie Sheen/Harper/whatever his name is sing another dirty kid’s song) and B-list actors imploring the Republican electors to renege their pledges and their party for the good of the country.

Let’s be honest. Their limited, regressive worldview is not for the good of this country. The common man balance of popular vote in the different states ensured that the populist conservative candidate won the election. If the popular vote alone had determined the next president, We the People would have braced for four (or eight!) years of Crooked Hillary’s creepy laughter … and creepy socialist, statist, and depraved tyrannical policies.

Then again, would it have been a clean sweep for the democracy if the presidential election was based solely on popular vote? Vice President Mike Pence was upbeat and collected on “This Week with George Step-on-all-of-us.” If the presidency were determined by popular vote, Pence argued that Donald Trump would have campaigned in California, Illinois, and New York—and won!

Yeah, that thing about rules and procedures … The Framers of the Constitution outlined an excellent indirect election process for selecting the next commander in chief. They disdained democracy (rule by the mob majority (whether union thugs or underground criminals, if anyone can tell the difference). Do we really want the dysfunctional Confederate Regenerate state of California determining our next president? Not me—and I live in this sinkhole!

I know that Trump will make America—including California—great again. And I know 100 percent that he will be the next president. Honestly, I never doubted that Trump would get the requisite 270 Electoral votes to clinch the win. I just wanted to see how butt-hurt the Hillary supporters and Democratic partisans were going to be at the end of the day.

And I was pleasantly surprised.

Hillary Clinton has lost so many times, now, one would think that she would get tired of it. But on this Electoral College Day, she flunked even more than expected. In Colorado, one DEMOCRATIC elector announced his refusal to vote for Crooked Hillary. Another Democratic elector in the state of Maine announced his decision to honor the primary contest, which awarded the delegation to Bernie Sanders. In Minnesota, too, an electoral declared “Hill No!” Those states, however, have clear guidelines on the submission of electoral votes. If the candidate wins the state popular vote, then the slate of electors must reward that candidate.

But federalism is a two-edged sword. Washington State permits “faithless” electoral votes to count, even if the voter faces a fine. Of Washington State’s twelve, only eight voted for Clinton. Three voted for Colin Powell (a left-wing Republican, and “compromise candidate,” I suppose). One more went to Faith Spotted Eagle, a Dakota Tribe leader.

OUCH! After all that hemming, hawing, and pleading from the progressive left to bait Republican electors to abandon Trump, more Democratic electors ditched the Witch of Wall Street, corruption and all. Can anyone blame this last-minute revolt? After all, the Democratic National Committee pulled every trick and tipped every hand to ensure Hillary’s primary victory. Bernie Sanders got burned, unfairly burned, and these electors told Clinton to “pound sand.”

Yes, Trump had two faithless electors. One cast his ballot for John Kasich, even though the governor of Ohio had a smidgen of humility and said “please don’t.” The other ballot went to Ron Paul. After three abortive presidential bids, the former libertarian-leaning congressman got his first electoral vote!

So many firsts, so little time.

The liberal university-media-Democratic Party phalanx further confirmed how irrelevant they have become today, when the second phase of Election 2016 drew to an end. Anti-Social Injustice Warriors jumped up and down shouting “Kill! Kill! Kill Donald Trump’s election win!”

If Ben Franklin is in heaven looking down on the United States, he should know that the 304 electors that voted for Trump believe in this Republic, and they indeed intend to keep it. The liberal elite, the left-wing technocrats, the George Soros puppets don’t understand what a Republic is. They depend on mob rule, directed by insanity, not common sense. They want to be the wolves at the dinner and vote to dine on the lamb in the minority.

Too late. Trump is our president, and Democrats have become further humiliated in how divided they have become. What an Election Victory, and I can’t wait for the inauguration!