Arthur Schaper
|
Posted: Dec 05, 2016 12:01 AM
Share   Tweet
The opinions expressed by columnists are their own and do not necessarily represent the views of Townhall.com. 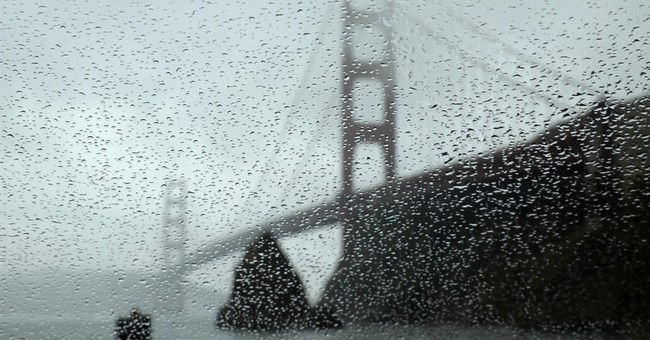 Election 2016 was great news for almost all Republicans.

We know about the blue states that went red. Wisconsin went from a sea of blue to a near red-state (except Madison and Milwaukee). Michigan is on the road to recovery, and red all over, too. In Pennsylvania, Democratic strongholds like Erie County and the surrounding suburbs of Philadelphia County went Republican. States which stayed Democratic got redder, too. Minnesota was a near-win for Trump. A Republican governor with a now ruby-red legislature will flip the Land of 10,000 Lakes into the GOP column in 2018. Illinois Republicans also made modest legislative gains. A new Republican Rust Belt strategy will pay future dividends. Globalist pressures, immigration, and anti-American trade deals are forcing conservatives to target the industrial core of America, long neglected by the think tanks.

It was bad news in California, too, following modest gains in 2014. Democrats took back the state legislative super-majority. The final blow fell when Democrats flipped a state senate seat in the reliably Republican SoCal region of Diamond Bar. The California press—from the Sacramento Bee to the Los Angeles Times—have downplayed this progressive political restoration, claiming that Sacramento’s moderate Democrats will hold back the hyper-liberalism of their peers.

The State Assembly Speaker Anthony Rendon (who represents cities with the lowest quality of life among cities nationwide) will enjoy a longer shelf-life (since reformed term limits extended his potential tenure to 12 years). He wants to focus on “Latinos.” What? The rest of Californians don’t matter?! Taxes are coming. Water is not. Labor unions rule, and uniformed voters drool. Anti-religious bigot state senator Ricardo Lara will take another crack at criminalizing Christianity.

California’s liberal ruling class despises Trump, and demand secession. Should we be surprised? Progressives resemble the Confederates of 1860. They like their slaves (welfare-dependent and illegal), and they don’t want the federal government messing with their peculiar institution of “Government First, Individual Last.” If there is a secession, the 19 northeastern California counties that voted for Trump should form The State of Jefferson and call it a day.

But seriously, is there a silver lining for the Golden State?

Former Congressional candidate-turned-radio host Carl DeMaio (who ran on nearly every Democratic plank in 2014) discussed with libertarian Steven Greenhut the need for a robust opposition. They claim that Republicans are too focused on law-and-order issues. They need to be libertarian, fit their district. My assemblyman David Hadley checked off every box on their list … and still lost.

Should California Republicans just pull up stakes and leave? I met California transplants in Texas, but I’m not ready to leave, yet. After three weeks of reviewing California’s epic losses, I believe California can be saved. Trump’s most enthusiastic supporters—from Marco “Taco Trucks” Gutierrez to We the People Rising—all hail from California. Long Beach, CA is the seat for one of the most active national Trump contingents.

How can President Trump and Company Make California Great Again?

Do you see the problems here?

California’s Secretary of State Alex Padilla (who denies the existence of voter fraud) allows people to register to vote online. California Republicans are mulling a lawsuit (finally!). I would like to see Attorney General Sessions sue the state of California for rampant voter irregularities. After all, voter fraud violates the civil rights of all Californians!

2. Labor reforms. Big Labor buys politicians the way chefs buy meat at the butcher shop. Their domination in Sacramento ensures the progressive agenda for all, while taxpayers get to pay for it.

3. Religious Freedom Restoration Initiatives. The churches across the country did not sit out Election 2016. Religious liberty faced extinction if Jezebel Hillary won the presidency. Ricardo Lara’s SB 1146 woke up Christians even in Sodom-and-Gomorrah California. Conservatives need to tap into this momentum. California’s churches are alive and well, but need to get active. Donald Trump was the only Presidential candidate to suggest repeal of the nefarious Johnson amendment during the campaign. If Congress repeals this law, churches and pastors will reassert their freedom, then participate in politics and shape the culture.

4. A Donald Trump presidency is ready to defund sanctuary cities. California has at least 35. Securing the borders and ending welfare to illegal aliens will remove California’s Democratic voter base while welcoming back taxpayers and middle-income families.

Californians can do their part, too, of course:

6. Repeal Prop 14. In 2008, California enacted Louisiana-style jungle primary. The result? Three quarters of Los Angeles Country residents have no Republican on their ballot, besides Donald Trump. Epic fail. It must be repealed.

Is this a tall order for California?

It would be yuge! But with President Trump, Californians have nothing to lose!