Media Trumping, and Our Trumped Media

Arthur Schaper
|
Posted: Apr 27, 2016 12:01 AM
Share   Tweet
The opinions expressed by columnists are their own and do not necessarily represent the views of Townhall.com. 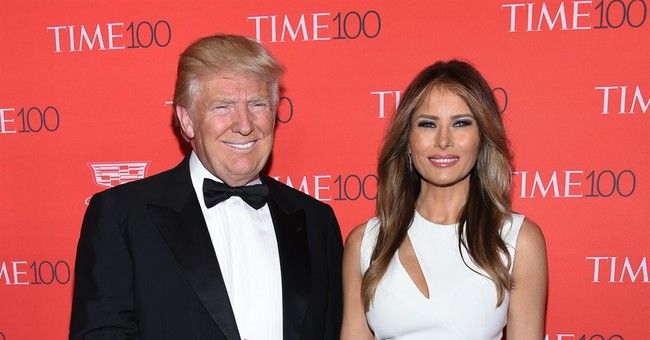 On April 26th, within minutes of the polls closing in the New England and Mid-Atlantic states, media outlets up and down the Eastern seaboard projected Donald Trump as the big winner. With no votes tallied, no precincts fully accounted for or counted, the news sites, the bloggers, and the heavy anchors at their news desks predicted who would carry the New England states: two old, white New England liberals. Well, make that three: Sanders, along with Clinton and Trump.

Of course, I find it very offensive that the polling sites decide who is going to carry the states before actual votes are tallied. To ally my fears (and to rub in another victory for his guy), one Trump fan told me that these Internet polls draw projections from the exit polling. Yes, exit indeed, as in "watch election integrity, free of media prodding, EXIT out the window.”

For all the conservative efforts to limit the power of the media to shape, read distort, our elections, once again this country is riding a crash course toward conventions and general elections, with the CEOs of NBC, CBS, and ABC crowning the next nominee. Actually, nominees, since Big Media has wanted Hillary as Democratic nominee—and President—for four years. Donald Trump has strengthened their hand. This media pressure is nothing new. President Obama was a media creature. The papers, the nightly newscasters, and especially the Sunday morning talk shows wanted a hyped-up narrative of “the first black President.”

Oprah Winfrey dived right into Election 2008. Besides giving out free cars and high ratings for the American Broadcasting Corporation, the Queen of Day Time TV deigned her blessing to Barack Obama as our next chief executive. She could have selected Hillary Clinton, but the identity politics of the first black President exceeded the left-wing feel-good need to endorse the first woman president.  Perhaps she was thinking of running for the White House herself. She might have the chance, since the current GOP front-runner toyed with her as his next VP. Of course, he will change his mind as quickly as he opposed then welcomed, the hesitated, then opposed an expansion of H-1b visas.

We wer off to a great start this election cycle, and now we have the anti-conservative touting himself as the anti-Obama. Look at that face! All that stuff Donald Trump said about abortion, gay marriage, gun control … all that other stuff Donald Trump had done in regards to illegal immigration (hiring illegal aliens, allowing them to continue to work for his firms, within his corporate empire): none of it matters.

The Mainstream Media keeps covering this guy, and the right-wing media seems content to cover for him. Every time he barks, the press asks “How high?” He says the same things over and over, and more people still want to hear it. I actually listen to the Sunday Morning talking heads. How can they keep interviewing this guy? Apparently, more viewers are tuning in. Nielsen’s loving them, I suppose. As for me, I have tuned them out. I rarely catch the nightly news. Before going to bed one night, I watched the Los Angeles news affiliates talk about the GOP front-runner’s latest exploits. Two stories back to back regaled the sleepy LA area audience with Trump’s silly statements or creepy feats. It was YUGE, and it made me sigh: UGH!

Ben Shapiro was right. Trump is the master of the media, and HAS trumped the press in the process.

The lying, vain-scream media are an easy target, anyway. The conservatives proved repeatedly that they deserved our revulsion, not our respect. The liberal-laced media elites have been telling us what we need to think, rather than what we want to hear. New Media journalists emerged since then, including The Drudge Report, followed by Breitbart, Truth Revolt, Hot Air.

To their credit, the Heritage Foundation’s new news media affiliate The Daily Signal has done an incredible job writing and promoting pro-liberty and pro-life reforms all over the country, even if conservatives fear the worst in the upcoming general election. And they do so without trying to pick Presidential winners and losers.

The diversity of opinion is a blessed necessity, and the monolithic influence of conservative counter-media efforts is more than welcome. But let’s cut the crap once again (transgendered bathrooms aside). Some conservative forces are just as guilty of pushing the hugely populist, yet questionably principled front-runner. Certain talk radio and major news sites, bent on raising their profile, have created their own sick and twisted version of a media hyped Presidential creation.

It’s all about the money. Ratings, viewers, advertising. Lather, rinse, repeat. Wash away a constitutional Republic, and replace with populist optimism. Of course, Trump made the media the focal point in this campaign, and manipulated the coverage to his gain. He’s been on TV for years, as a loud-mouth boss looking for the next apprentice. He also knew how to laugh at himself with his cover of the “Green Acres” theme song one year.  Donnie, they may love you, but I still choose Ted Cruz.

There are the chattering classes in Washington, and the cash-in cohorts like consultants, campaign managers, and lobbyists who win big when lawmakers vote in their interest (as opposed to the public interest in line with the national charter). Now we have the conservative media crowds, too. Consultants got rich off the pro-amnesty donor class who wanted Jeb! Now the conservative news outlets are ranking in the dough for cooking Trump’s worth and viability. Trump has been quite a money-maker for them. He says something inflammatory, they get to talk about it—for or against—and millions of their loyal listeners drink it up like kool-aid on a summer day. And the mainstream media hates them for it.

Unfortunately, their drunken need for easy press and solid, consistent media coverage is costing us a healthy discussion on the future of this country, and our much-needed recovery from the aggressive cancer of Obama’s progressivism.