The Democratic Party: The War Between the Statists

Arthur Schaper
|
Posted: Apr 07, 2016 12:01 AM
Share   Tweet
The opinions expressed by columnists are their own and do not necessarily represent the views of Townhall.com. 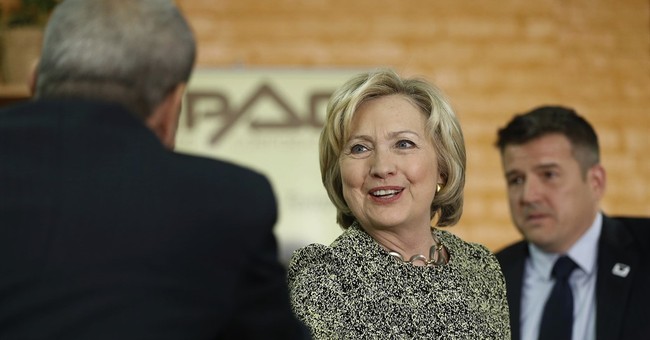 Following Cruz’s Wisconsin win, it is all but assured the Republican primary will end on the convention floor in Cleveland, Ohio.

The Republican Party as we know it will probably end there, too.

Honestly, I am not worried. Middle America has been squeezed enough between the corporate barons and the welfare queens. Enough is enough.

If the media were not so determined (and determinist) in their focus on diminishing Republicans and shaming conservatives into silence, you and I would also know that the Democratic Party is splitting, much like the Titanic sinking underneath its overwhelming heft.

The latest evidence that the SS Democratic Party is going under? Weekend at Bernie’s is outraising Madam Hillary, and just crushed her in Wisconsin.

How did he manage this? Unlike Clinton, who has spent much of her air time going after Donald Trump, Sanders attacked Scott Walker. He is the real enemy to liberal Wisconsinites.

You have to hand it to Sanders. He is coasting on consistent (if inane) messaging: “The rich are getting richer. The poor are getting poorer (not really). The top 1% is getting more wealth”.

Bernie is also honest about the true core of the Democratic Party: statist, selfish, socialist.

No better diagnostic for the Democratic Party came out earlier this week than from Van Jones, the one-time jobs czar, forced out because enough conservatives reported what the mainstream media ignored: he was a rabid communist.

Jones was blunt, and wrong on some points, and yet his misunderstanding of his party’s dire straits are just as informative.

“A civil war is breaking out in the Democratic Party.”

Let’s be crystal clear. This is a civil war in the most uncivil of senses: two sides within one organization. After reading for the past four years that the Republican Party is exploding among libertarians, Evangelicals, and the Big Business wing, I find a more diverse media exposing the deep fractures of a political party floating on Big Labor money.

Jones defined this fight over the one (of many) ethical lapses of Madam Hillary Clinton:

“This went from being, ‘Hey, you know, I don’t care about your emails, blah, blah, blah. We’re all going to play nice here.’”

The FBI is fast-tracking their investigation into Email-gate. How about reopening inquiries into Whitewater and the Clinton Foundation? Secretary of State Clinton hob-knobbed with the highest and mightiest around the globe. Then suddenly all this money from foreign investors was pouring into her eponymous charity foundation.

“As this thing has gone on, what’s happened is Bernie Sanders should be out. In a normal situation, he would be out.”

We hear the same heated rhetoric from different corners of the Republican Party, too (including from yours truly). The difference? Republican primary voters know how to count. It’s time for Kasich to check out. His bid for the White House is just slavish, self-serving power-brokering at this point. He has no mathematical chance of winning. If the two front-runners maintain their stay, they can ensure the 2012 8-state rule stays in place: “the nominee must have won at least eight states.” Kasich would be out, and so would any dark horse hiding in the shadows.

“Last month, he raised $41-42 million. We’re in the middle of a second Sanders surge. And now both sides are getting frustrated with each other on everything. And so it shows up.”

A second Sanders surge? Good for the country, and good for the Republicans (if they would only open their eyes and see). Sanders has improved on the grassroots fundraising game like no one else. Madam Hillary’s millions cannot make her win. When are candidates and consultants going to wake up and smell the Citizens United? Money cannot buy anyone a seat anywhere anymore. In California, Republicans took seats which Democrats had gripped for twenty-thirty years! Union money, and a lot of help from Big Business could not keep them in liberal hands. No matter how much money, a political machine cannot hock a bad brand. One-hundred-seventy million on Jeb Bush, and everyone who backed the former Florida Governor came out empty-handed.

Now, Jones’ last remark about the Democratic civil war was particularly revealing, for how much he still was missing the mark:

“It’s like a couple fighting over some total side issue.”

These old liberal battle-axes are fighting over who can out-statist the other.

They want open borders, when the American people want security and national integrity. They want to raise taxes on everybody, even though the Occupant in the White House raised taxes considerably, with very little show for it.

Oh, and this fight is no side issue. This is about principle (Sanders) vs. politics (Clinton). This is about honesty v. ambition. This War Between the Statists rests on whether the Democratic Party is going to openly glorify its crude, anti-democratic, schizophrenic hypocrisy; or if Democrats are still going to play to the middle—and the Middle Class—only to revert to backroom deals that make the well-connected get richer off of everyone’s hard-work and hard-earned income.

Whatever early obituaries may say about the Republican Party, conservatives can rest assured that Democrats are driving themselves apart, with little to show for their future viability as a party.