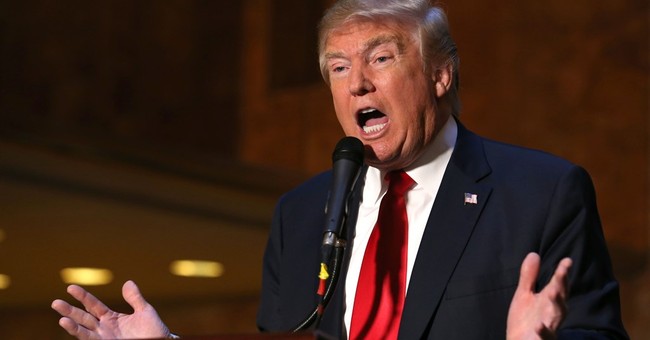 With all the work I have been doing with We the People Rising in California, Donald Trump has grown on me – a little.

I still think he’s a rodeo clown. I still think that Bobby Jindal or Ted Cruz should be our next President. But like Kurt Schlichter, and many of my other conservative friends in the South Bay, I have no problem voting for a candidate with such unrestrained boldness of speech. Plus his stance on immigration touches the frustrations of Middle America and the working classes, fed up with Big Government in collusion with Big Labor and the Chamber of Commerce to enrich themselves at the expense of everyone else.

No, I am not endorsing Donald Trump, but I would vote for him if it came to that.

More importantly, though, I support the ideas and inspirations which surround him.

Now, with all of that out of the way (and yes, I had to swallow hard writing that I could vote for the Donald), I will now declare what I hate about Donald Trump.

I hate the allegations of racism leveled against him. I hate the Left-wing attacks against this real estate mogul because he wants to deport illegal aliens, and more importantly has called out the politically incorrect truth: illegal aliens are committing crimes in our country.

Now, I want to attack the bizarre petition to prevent Donald Trump from hosting Saturday Night Live this November 7th. As I had written before, I will clear out my Saturday Night calendar to watch the Donald. He’s a funny guy, and he is spot on on just about everything, as long as he stops talking about single-payer healthcare. Unfiltered, unintimidated, he speaks his mind without hiding anything, even if it appears that he has nothing much on his mind to say (“I make deals. I’ll fix it. I’ll build a wall”). Still, this unrestrained demonstration of clear and convincing assurance is so lacking in our country right now.

We need it now more than ever.

I wish that a better candidate were speaking so clearly the unflinching truth. Well, actually there are two – Jindal and Cruz – but Trump has somehow mastered the Media game as no one else could. Too many people have seen him on TV.

So, let’s talk about Saturday Night Live. I will be watching, and before the show, I will be reporting to NBC and all related media affiliates: let the Donald host. I am tired of the liberal loony left throwing a fit every time someone they dislike gets a major gig. They go out of their fascist, illiberal way to ensure that no one else has any fun. The political correctness has run amok in this country, and now it’s time to run it off the ranch. Besides, Trump has hosted and guest-starred a number of times, and he was good!

Please, let the Donald host SNL. Have him play a skit with Tracy Morgan as Brian Fellow’s fellow on “Safari Planet.” How about another round of “Celebrity Jeopardy”, with other comedians playing Bill and Hillary Clinton and Barack Obama? Maybe we’d get some straight answers, or at least we would see how clueless and inept these candidates really are.

And racist. Trump blasted this terrible video with two words: “It backfired.” You bet. Why? Because the means have occluded the message, which is patently false to begin with. The means: little children cursing and swearing? Really? Such conduct is offensive and disgusting in itself. If the students were cursing against abortion or gun control, I would still hate the means. When communicating a message, never use a method guaranteed to turn off the intended audience. Moreover, having clearly Hispanic youth speaking in very affected Spanish is stereotyping writ large. The distinctive mixture of accented English and interspersed Spanish words exposed the false and misleading nature of the commercial.

As for the message: the producers wanted votes against the Donald. They end up providing more reasons to down-vote that YouTube clip. Hispanics around the country support Trump. I even know Hispanics in California who support him. Here’s a clip from a resident in heavily Latino Huntington Park, CA who supports Trump, interviewed by another Latino who is voting for him. During the first few hours of the clip’s release, viewers exposed the number of down-votes changing. Someone behind the scenes was trying to remove them. That attempt to diminish the disapproval of anti-Trump racism failed, too.

Big Media, promoting the Big Government statist status quo, must accept that We the People are not buying their political correctness. The timely and telegenic ascendancy of Donald Trump is the full frontal slap in the face to special interests telling the public what is in their best interests. Stop illegal immigraton, let the Donald host his show, and deport anti-Trump racism.