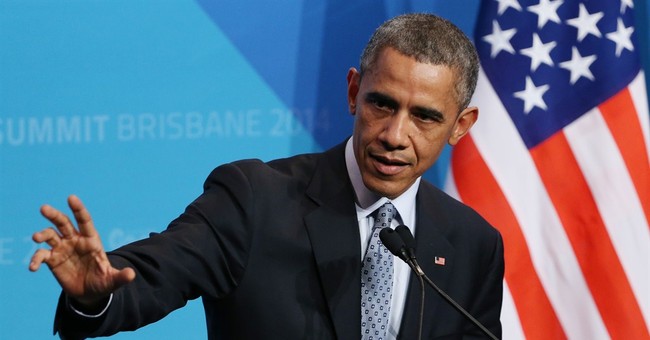 Following the 2014 GOP shellacking which expanded Republican numbers in the House and gained the US Senate, left-wing contrarian William Saletan for Slate went to work dumbing down repudiation of Obama’s economic policies. The title could not be more explicit (and misleading):

The US Is Moving Left Despite Republican Gains

Really? The basis for William Saletan’s argument? Republicans campaigned, effectively and successfully, on income inequality, as though the issue belonged only to the Left.

Republicans also zeroed in on blacks and other underserved populations. In Louisiana right-wing candidate Rob Maness pointed out, “Unemployment for young black men in this state is three times the rate of unemployment for anybody else.” In Georgia, Republican Gov. Nathan Deal emphasized the state’s progress toward reducing the number of black men in jail.

Rather than adopting left-wing ideology, Republicans are reaching out to minorities in part because they are underserved by long-standing Democratic/liberal/left-wing politicians. Uproars in the Chicago-area from the black community, and even former basketball star Charles Barkley’s indictment of black voting patterns suggest that minority groups are waking up to the disappointment results of Democratic branding.

Republicans researched how much money Democratic officeholders paid their male and female staffers. Any Democrat who paid women less was called out for it, regardless of circumstances. Republicans used this tactic in at least five states: Colorado, Illinois, Louisiana, New Hampshire, and Oregon.

The “Equal Work/Equal Pay” fraud has gone answered long enough, and in the 2014 cycle, conservative groups upended the Democratic hypocrisy on this issue. The notion, however, that Republicans are calling for arbitrary demands for exact pay are not taking place however, since the differences in income having nothing to do with gender exclusively to begin with. One conservative Republican, New York Congressman Tom Reed, schooled his liberal challenger on this issue, and received applause in contrast to her dismal reception of derision.

What about the effects of real unemployment?

While Democratic incumbents bragged about declining unemployment, Republicans pointed out that this number omits people who are so discouraged they’ve stopped looking for work.

This was a GOP talking point in Arkansas, Colorado, Georgia, Kentucky, Oregon, and Virginia. Dan Sullivan, the party’s nominee for the Senate in Alaska, put the argument this way:

"If nothing else, Republicans have exposed the consequences of left-wing economic ideologies, which exacerbate income inequality and diminish economic opportunity. In order to present viable solutions to these problems, they have done what conservative Prime Minister Margaret Thatcher had advocated long before: define the terms of the argument before your opponent, and you win the debate.”

Republicans are not adopting left-leaning ideology, as much as they are stealing the terms to promote free market, pro-business policies.

Before his hard-fought reelection campaign, Michigan Governor Rick Snynder presented right-to-work reforms as “Workplace Fairness and Equity.” Equality and fairness are left-wing, progressive buzzwords, but right-to-work is right-leaning, conservative reform to put power back in the hands of the individual worker while promoting economic growth.

In Massachusetts, Baker criticized Democrats for raising gas taxes, utility taxes, and everyday registration fees, all of which hit the middle class. In Illinois, Rauner said sales taxes should target “services that are more business-oriented rather than on low-income working families.” In Arkansas, Hutchinson aimed his tax relief package at people making $75,000 or less. Some Republicans and libertarians, including right-wing Gov. Sam Brownback of Kansas, called for abolishing income taxes on low earners.

What Saletan ignores, and which conservatives highlighted in these campaigns, is that Republican governors are still moving away from taxation, rather than seeking deeper revenue streams for government largesse. Contrary to the left-wing argument, targeting low-comes groups in these states does not signal that Republicans have gone left, but they are reaching out to the numerous groups which the Left’s economic policies have left behind.

Then comes the final litany:

Republicans picked up other liberal themes, too. They harped on the injustice of cutting Medicare, the importance of educational opportunity as “the great equalizer,” and the folly of gambling pension money in the stock market. They endorsed health care as a fundamental right, ridiculed the description of wealthy people as “middle-class,” and championed midnight basketball.

Education as the great equalizer is not a liberal idea, or a conservative one, but an essential American identity. As for the referenced to midnight basketball, these transitions reveal the populist heart-beat of an insurgent GOP, adopted by the Tea Party, integrated by a rising class of Republican US Senators who are championing hope and change through policy as opposed to hollow rhetoric.

Flashy, catchy headlines aside, Slate’s desperate attempt to claim “We won by losing” is a lost cause, and even Saletan is forced to concede the obvious:

No, Republicans haven’t become liberals. They still hate taxes and blame everything bad on President Obama, Obamacare, and big government. But their focus on wage stagnation and class stratification reflects the economy and the political climate.

Ironically, Saletan’s argument affirm what Republicans have argued all along: President Obama and his policies are hurting working Americans, and our positions can turn this dire situation around. Instead of claiming that the country is moving left, the Washington GOP political class and its new members are exposing the corrupt failure of the Left, then coopting their language to promote free economic principles.