Agreement With AT&T for Carriage of WEYI and WWMB

Armstrong Williams
|
Posted: Dec 05, 2019 12:01 AM
Share   Tweet
The opinions expressed by columnists are their own and do not necessarily represent the views of Townhall.com. 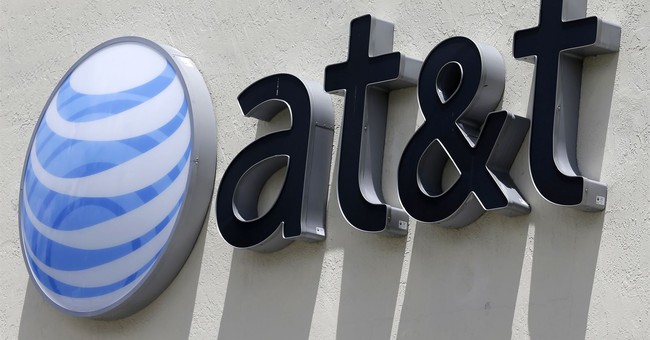 After a nearly six-month blackout, viewers in Flint-Saginaw, Michigan, and Myrtle Beach - Florence, South Carolina, will once again be able to view their local television stations. Following many months of tough negotiations, my broadcast team at Howard Stirk Holdings was able to successfully conclude carriage agreements with pay-TV giant AT&T over the weekend. The stations had been off the DirecTV satellite service since the beginning of June.

It is a relief to have this impasse behind us.

During the course of the protracted saga, I have warned the Federal Communications Commission that AT&T has unfairly used its outsized -- and some say monopolistic -- power to wrestle below-market retransmission rates from much smaller broadcasters. Their behavior deprived the viewers of local TV, which we provide for free to the home. To add insult to injury, AT&T's recalcitrance adversely impacted the diversity of programming local viewers are entitled to receive. As one of the few African American owners, I take my commitment to the public interest very seriously. The programming and content at Howard Stirk Holdings has been designed to serve the needs of those communities -- programming they receive no other place.

Following last week's determination by the FCC in the Deerfield Media proceeding that the use of a single negotiating agent by Howard Stirk Holdings and eight other TV facilities -- a process which is permissible under FCC regulations -- had impeded good faith negotiations, Howard Stirk Holdings engaged a new agent and was able to reach an agreement with AT&T. While the agreement may not be perfect for either party, it nevertheless ends the blackout on DirecTV of my stations and allows viewers who were watching by satellite (the stations were always available for free over the air throughout this process) to see the important and local content these stations provide.

Importantly, during the blackout period, Flint was still dealing with its catastrophic, lead-in-the-water public health crisis, and Myrtle Beach was in the aftermath of Hurricane Dorian. Our stations provided needed coverage of these and other important public interest issues. Ensuring this vital information is available to the widest public possible is crucial, and I am relieved the situation has been resolved.

We learned a few key lessons while all of this was unfolding. First, we learned that the regulatory market skews heavily in favor of the pay-TV industry. Unlike broadcasters, they face no limitations on their ability to reach additional subscribers via their video, broadband or over-the-top services, nor do they face any restrictions on their acquisition of or affiliation with programming networks or content providers. Seventy percent of all TV households still subscribe to a traditional pay-TV service, and AT&T, Verizon, Comcast and seven other titans of the telecommunications industry, control a whopping 91.5% of the nationwide broadband market. Broadcasting, by contrast, is one of the most heavily regulated industries in our country.

We learned that it is unfair for American viewers to be held hostage to the extraordinary power that big media companies wield in the video market. While our impasse has ended, there remains a fundamental devaluation of free over-the-air broadcast television.

And we learned that Congress was wise in its original intent to mandate a sunset to the Satellite Television Extension and Localism Act Reauthorization, or STELAR. STELAR stems from legislation first passed 30 years ago to temporarily give startup satellite television companies a significantly discounted copyright license to allow them to better compete against big cable monopolies. But today, AT&T is a $235 billion titan, no longer a startup in need of government assistance. Their attempt to use the Deerfield Media proceeding as justification to extend STELAR is wrong. STELAR's time has come and gone, and it should expire as Congress originally intended.