Beware of Unions Offering Gifts: Patients Are Their Collateral Damage

Armstrong Williams
|
Posted: Sep 08, 2018 12:01 AM
Share   Tweet
The opinions expressed by columnists are their own and do not necessarily represent the views of Townhall.com. 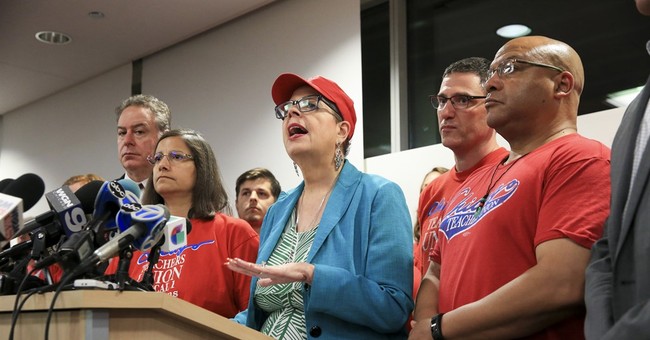 By now, we are used to seeing our nation's unions do everything that they can to put their interests ahead of the industries that they are trying to undercut. The most storied example is how the unions put their own agendas ahead of the auto companies and the car-buying public, strong-arming what were once some of the nation's prominent companies into unrealistic demands that ultimately led to their downfall.

If you could imagine, now we are seeing a new level of crass self-interest. Today, the unions are putting themselves ahead of the very patients -- some of the sickest and poorest citizens -- that they say they want to help. What's more, they've recruited new partners into the mix. Partners that will surprise us all.

For over a year, the California branch of the Service Employees International Union, a union that has been involved in many questionable activities, has led an aggressive campaign to unionize the dialysis industry. SEIU is pursuing two efforts to force its agenda: First, they are applying more pressure on dialysis providers. And second, they are threatening their providers' finances. Using these two tactics, SEIU knows that the chances that the industry will cave to their unrealistic demands will increase.

SEIU's first tactic is a statewide ballot initiative in California that will cap provider revenues at 15 percent above the amount that they spend on patient care -- an amount that excludes many of the administrative costs in running a clinic. The second effort attempts to prevent dialysis and kidney transplant patients from using charitable donations to pay for their health insurance premiums. Nearly 4,000 low-income patients with kidney failure in California may lose access to their health insurance -- and possibly even their clinics -- if SEIU's bill (Senate Bill 1156) is signed into law.

As part of its scorched-earth campaign and win-at-all-costs mentality, SEIU worked with its legislative enablers to introduce SB 1156 and get it passed into the California State Senate in May. Knowing that a bill that harmed patients and limited the role of a private charity would be controversial, SEIU found common ground with the state's largest health insurers to oppose charitable premium assistance and effectively limit opposition to the bill.

What would cause the insurers to join forces with a union? Simple: The insurers found that they are unable to use their size and financial advantage to force the providers into accepting lower reimbursement rates for patients with private insurance. Sensing an opportunity in labor-friendly California, the insurers created common cause with the unions to attack the dialysis providers through SB 1156.

And SEIU's reward to insurers for such cozy collaboration? If approved, the bill will let insurers charge whatever premiums they want while reimbursing dialysis providers at Medicare rates - which are much lower than private insurance rates -- for any patient who receives charitable premium assistance.

When individuals with kidney disease progress to the point that their kidneys can no longer function, they must clean their blood regularly using a dialysis machine. By and large, patients who utilize the clinics that SEIU is trying to unionize spend three to four hours a day, three times per week hooked to a dialysis machine. While it keeps patients alive, dialysis is both physically exhausting and financially draining. As a result, it leaves most patients unable to work and dependent on saved resources, friends, family members and government programs.

For people who wish to stay on their private health insurance and delay going on Medicare and/or Medicaid, the insurance costs are significant. Even those on Medicare can face significant costs for supplemental insurance. Fortunately for these patients, they can get help from nonprofit charities to pay their health insurance premiums. Unfortunately, the 21-year-old federally approved program that helps them is in SEIU's and the insurance companies' crosshairs.

Let's be clear, the dialysis providers also have a financial stake in this. The two biggest providers are publicly traded companies. Caught in the middle are sick patients who, without charitable premium assistance, may be forced into overstretched government programs that don't meet their needs.

Other commentators have made the case for charitable assistance programs being good for public policy. My intention is to shine a light on what the unions are doing, because this battle is not limited to California. SEIU has a similar ballot initiative in Ohio and other anti-patient, union-sponsored legislative efforts are gaining traction in Arizona and Nevada.

Unless we want to hand one of America's most corrupt unions legislative victory after victory, we must encourage our duly elected officials to reject their efforts to harm patients. It doesn't matter if they've appealed to and won insurers' support; SEIU's efforts have always been and will always be anti-business. Today, they and their newfound friends are also anti-patient.