Armstrong Williams
|
Posted: Aug 23, 2018 12:01 AM
Share   Tweet
The opinions expressed by columnists are their own and do not necessarily represent the views of Townhall.com. 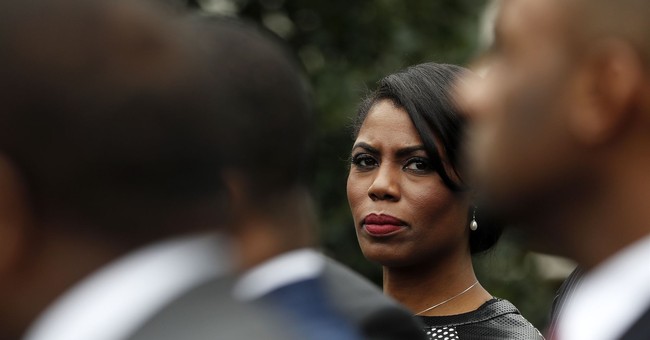 My respect and appreciation for the many milestones our president has accomplished during his two years in offices remains unwavering. But because I am his friend, I feel I must address the rampant disloyalty among staff that seems to constantly plague him. The most recent violation of trust includes revelations by long-time Trump associate and former White House assistant Omarosa -- she made recordings of confidential communications with the president and on the White House premises.

Let me be clear. No matter what internecine squabbles are taking place among White House staffers, the level of respect and critical nature of the job requires them to maintain the utmost discretion. Secretly taping confidential discussions in that context is troubling in its duplicity. But it is perhaps more troubling in that, placed in the wrong hands, such information could threaten our nation's security. Who even needs the Russians hacking into our election apparatus when it seems members of our own president's inner circle are only too willing to betray his trust?

Nor is this an isolated issue. Trump advisor and campaign strategist Steve Bannon got fired from his White House role amidst reports he was leaking information to journalists. It turned out to be true when a salacious book detailing White House dramas entitled "Fire and Fury" came out a few months after Bannon's departure. The book's author, Michael Wolf, cited Bannon as a key source of information along with access to administration officials.

More recently, Michael Cohen, Trump's long-time confidant and personal attorney, revealed secretly recorded sensitive, privileged communications between himself and the president. Cohen has reportedly shopped those recordings to investigators looking into alleged misdeeds by the president, seeking a deal to spare himself prosecution for his own alleged crimes. Now we have the latest saga. Omarosa, the mononymous vixen of reality TV fame, has cashed in her White House experience to publish a so-called memoir accusing the president of being racist and senile, among a host of other salacious allegations. To back her claims, Omarosa has released a number of surreptitiously recorded conversations between Trump and other White House staffers, including Chief of Staff Gen. John Kelly.

All of this points to a systemic issue that has persisted throughout Donald Trump's business career and subsequent ascendancy to the office of the president. Namely, the president expects loyalty but does not always extend it to those from whom he demands it. This is particularly troubling in that business negotiations often rely on cohesion among individuals on the same side of the table. In fact, strict confidentiality is often a legal requirement in those circumstances.

New York Times reporter, Maggie Haberman, who has interviewed the president several times in the oval office, stated on Twitter that other White House staffers have also been secretly recording the president. This atmosphere of pervasive lack of discipline and rank duplicity seems to be a reflection of the culture of leadership Trump is creating. It is an environment where no one seems to value trust, loyalty and respect for the highest office of the land. No amount of protocols or stern former generals playing babysitter to the White House staff will change this. For order to be restored it must come from the top -- the Commander In Chief himself.

Over the more than 30 years I have worked as an entrepreneur growing businesses both large and small, I can attest that setting the right tone is critically important to creating successful organizations. While this appears to be a simple concept, it is not easy in practice to exhibit the qualities one expects colleagues and subordinates to follow. This is especially true in situations in which sensitive client information relating to investment activities, foreign and domestic policy initiatives or public relations strategies are a core feature of a firm's service offering.

The president's ongoing personnel challenges did not start with nor will they end with Omarosa's firing and subsequent indiscretions. This is bigger than just a few rotten apples. One would hope that the pain of the public fallout of these events would spur a sense of introspection within the president himself. He is not merely a player on the stage. At this point in the game, he is the lead actor. The overall performance of the cast of characters around him necessarily reflects on the quality of his leadership.