Let’s Grow Our Own Farm Workers

Armstrong Williams  |  Sep 08, 2017
The opinions expressed by columnists are their own and do not necessarily represent the views of Townhall.com.
Top Columns
Trending on Townhall Media

The tide of globalism, is, according to economists, a train that has already left the station. The neo-liberal consensus, shared by both Republicans and Democrats alike over the past few decades has been that so-called ‘free trade’ is the solution to economic growth in American. But globalism also has its discontents, none less acknowledged than the American farm worker.

In 1870, at the height of the labor market in agriculture, fully half of all working Americans were employed in the agriculture industry. Today, that figure is less than one percent of all workers. There are several reasons for this. First, technological advancements have made farm work much less labor intensive. Mechanized farming methods account for the lion’s share of the decline in the percentage of the agriculture-related labor force. And that is by design.

Earlier in America’s history, seasonal migrant workers, both American and largely Mexican, crossed the borders frequently to work the harvest seasons, and then returned to their homes in Mexico. But beginning in the 1960s, American-born workers began to organize against migrants, who they viewed as undercutting their collective bargaining rights.

Cesar Chavez, a revered Chicano (and ethnic identity adopted by people of Mexican descent born in the U.S.) labor and civil rights activist, decried the importation of undocumented immigrants as a direct attack by farm owners against the rights of U.S. citizens. Chavez organized major labor strikes against U.S. farmers, resulting in some cases, massive shortages and price increases in agricultural staples.

But the neoliberal agenda quickly caught on. First, farming organizations began to break the organized labor stranglehold on production by secretly importing undocumented workers from Mexico. This practice proceeded, largely unchecked, until the 1990s, when a more formal solution was devised – NAFTA. Proposed by Republicans and enacted into legislation by President Bill Clinton, NAFTA was seen by many in the business community as the solution to intractable problems of government-imposed environmental and labor regulation that was stifling American economic growth. But it was sold to the American consumer as a way of getting goods on the table at lower cost.

To be sure, NAFTA delivered on its promise of lower cost to the consumer. But at what price? It seems obvious now, but the savings to the American consumer came at the cost of the American worker. This is a tradeoff that many other countries – including especially China – have refused to make. China sees the productive worker as the engine of its economy, Whereas America sees the consumer as the engine. In truth, both are wrong.

It takes both workers and consumers to drive the type of economic growth America needs now. How can consumers buy more goods if they are not generating incomes? With labor market participation rates showing modest signs of uptick after almost three decades in freefall, it seems that the labor market is recovering slightly. But we need to look for ways to get many, many more working age Americans into the labor market.

Farming is one open avenue. Whereas in 1998, more than a third of farm workers in America were recent immigrants, as of 2014, the number of recent immigrants in the U.S labor force fell to almost eleven percent. The Obama administration touted DACA - his executive order allowing children born abroad and brought illegally to the U.S. as children – as a measure to protect the human rights of undocumented immigrants. That is not the case. The objective of DACA, driven by major corporations, was to protect the dwindling supply of cheap undocumented labor available in the agricultural industry. And that diminishing supply, ironically, was driven by the success of NAFTA in driving up job opportunities for Mexicans in Mexico. As it stands, in 2016, there is a shortage of available labor in the U.S. agricultural sector of almost one million workers. And that in turn is starting to have adverse effects on the ability of U.S. farmers to compete in the global agricultural market.

There is another side to the solution to the American labor problem that is not contained in Trump’s promise to end DACA and strengthen the enforcement of immigration laws. It is that America – and especially the Republican Party – is going to have to come to terms with organized labor. American voters are not likely to return to farming and other industries under the same working conditions as undocumented immigrants. It goes without saying that a job that does not pay living wages is not a job worth doing for most Americans. On the other hand, both producers and consumers of American agricultural products are going to have to adjust to the higher costs of labor that will necessarily arise when American citizens are called upon to take over the jobs currently occupied by undocumented immigrants.

There is a third component to this shift in U.S. policy that must be addressed. As the tacit agreement between big business and undocumented labor ends, there will be a skills gap in the U.S. labor force that will be somewhat difficult to mitigate in the short term. Educational institutions, including original land grant colleges and Historically Black Colleges (HBCUs) are some of the few remaining options for teaching long lost agricultural skills in the U.S. These could provide the basis for a structural retraining platform for the burgeoning American farm labor force. 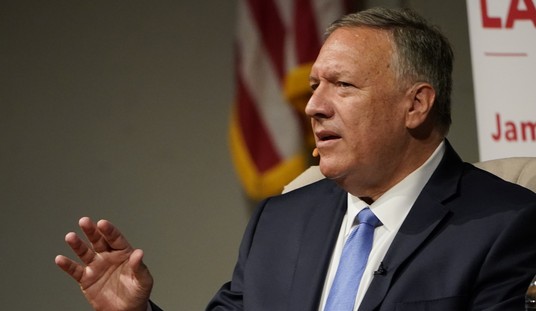