The Same Media That Created Him, Now Out to Utterly Destroy Trump

Armstrong Williams
|
Posted: Oct 10, 2016 11:17 AM
Share   Tweet
The opinions expressed by columnists are their own and do not necessarily represent the views of Townhall.com. 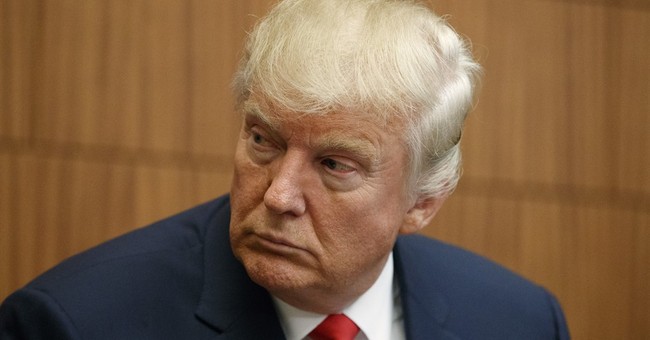 This election cycle, the media’s influence has extended far beyond their tradition roles as reporters and provocateurs to actually framing the public debate. By selectively releasing a decade-old ‘hot mic’ moment in which Donald Trump spoke in demeaning, graphic sexual terms about women, the media sought to circumvent the focus on the issues that was originally intended to be focus of the town-hall style debate between the candidates Sunday night.

The reason why the media has been so intent on dragging extraneous, personally damaging information into the national debate is because they are now afraid of their own creation; Donald Trump. Let’s not forget that up until this point, Trump’s campaign has been largely fueled by headline-grabbing sound-bites that the media were lapped up with the frenzied gusto of starving curs. They in fact have now become so expectant of feeding off controversial statements generated by the candidates, that they have completely abandoned their roles as watchdogs guarding the nation’s storehouse of facts, integrity, truth and transparency.

The print media in particular have all but abandoned investigative reporting and profiling the lives and public records of the candidates; gone is the long form journalism of the past. And the television media no longer even make the pretense of doing in-depth interviews, relying solely on sound-bites and ‘gotcha’ moments featuring a rapidly loudening cacophony of pundits with a bewildering set of agendas and vested interests. Nixon administration vice-president Spiro Agnew’s words describing the media as ‘nattering nabobs’ would be even more applicable to today’s media than at the time he said them. In fact, if he were a fixture on today’s political scene, he probably wouldn’t be in the running for VP, but in fact the CEO of a media start-up called “Natter ” which enabled pundits to instantly publish short, pithy attacks on political candidates. Oh wait, I forgot; we already have that and it’s called Twitter. But you get the point – Agnew’s ‘natter’ is today’s ‘tweet.’

Donald Trump has masterfully manipulated the media's insatiable hunger for red meat by feeding them scraps from his table. He’s been more available to the media than almost every other candidate in American history. He’s broken all the rules by calling in to the morning shows to give impromptu interviews, tweeting direct responses to reporters covering the campaign, and then going on the attack against the media rallies. Donald Trump has violated almost every rule about media overexposure there is, and yet it seems that the media still cannot get enough of him. And that’s because at the end of the day sex sells – and very few sell it like Trump can.

And speaking of selling sex isn’t that what it’s all about anyway? As a conservative, I have long decried the moral decline in America – from the sexually debasing rap music lyrics, to the declining significance of marriage and monogamy, to the virtual banishment of the word ‘God’ from the public sphere. We live in an age in which the top-selling novel among women is a book called Fifty-Shades of Grey, a novel that flirts with sexual taboos in the nether-world between sex, violence, rape and consent. The implication being of course that there are fifty shades of damnation to which the human soul can fall prey. Blacks use the n-word with so much frequency in pop music that it has become a central feature, a fact that is ultimately confusing to white listeners who are encouraged to listen to the music, and yet strictly forbidden from repeating the n-word contained in almost every other line of the lyrics. Even I, who used to cringe every time I heard the word, have grown somewhat immune to the coarsening of public language and degradation of culture that has eroded our values.

But Donald Trump comes from this world; he is a virtual pioneer of reality-TV. He has owned casinos and hotels. He has promoted sporting events, beauty pageants, and night-club openings. Trump is by his own admission and popular acknowledgment a pop star in the tradition of a gangster-rapper or a rock music mogul. This is not, nor should it be news to people. Is anyone shocked that in his over forty years in the entertainment business, he has said something controversial and sexually explicit? Are people really so naïve as to believe that culture and politics are such separate spheres that they don’t influence each-other? After all, even rapper Kanye West has been reported as saying he intends to run for President at some point. Isn’t America not ready for the day that Kim-Ye redecorates the oval office?

Let’s not be distracted from the truth of the message merely because of the imperfections of the messenger. While at times inartfully expressed, Donald Trump has questioned conventional wisdom and gone against the grain in ways only someone who is not a member of the political class can do. His pop culture roots give him a sort of popular legitimacy and grass roots appeal that cannot be denied or controlled by the mainstream media. He has proven to be resilient in the face of attacks, in many cases actually benefitting from negative publicity.

The media are afraid of this. They are so accustomed to being able to build people up and take them down with ease, that the Trump candidacy’s resistance to shocks makes them question their own power and prestige. Because they cannot take him down, they cannot control him, and that scares them even more. The mainstream media know that if that cannot succeed in destroying Donald Trump after building him up and feeding off the controversy generated by his candidacy, they are not in control. And that’s why they decided to unleash a ten-year old recording the eve of the second Presidential debate. They want desperately to control perspective, and they are failing.