The Year Ahead: A Changing of the Guard Amidst A Brave New World 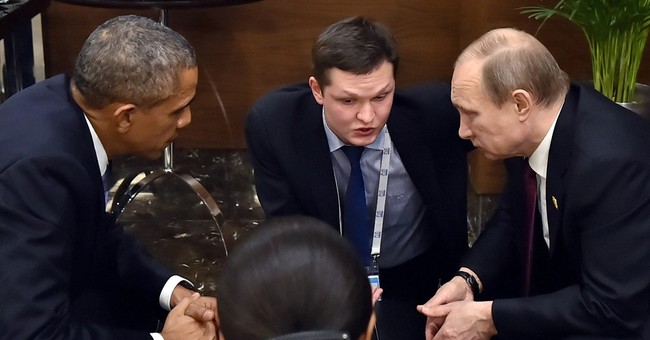 The famed satirist Aldus Huxley once remarked “[e]xperience is not what happens to a man; it is what a man does with what happens to him.” Thus as we look forward to 2016 we should do so while keeping in mind the lessons that past years of experience have taught us.

And the first thing that 2015 has taught us is that predictions of future events almost never conform to reality. In 2015, for example, it was widely predicted that former Florida Governor Jeb Bush’s entrance into the Presidential race would pit the scion of an emerging Republican political dynasty against that of an emerging Democratic political dynasty in Hilary Clinton, as both would emerge victorious in their respective primary contests. However, that foregone conclusion has been upended by the unexpected rise of the outsider candidate, with complete political novices Donald Trump and Dr. Ben Carson currently leading the field.

Probably the biggest theme of 2016 is that it is an election year. We will see massive spending on political campaigns, a cavalcade of punditry, and the usual spate of promises and dire warnings of impending doom that are endemic to any political season. There will ultimately be two candidates vying for our vote, a Republican and a Democrat, that’s all but certain. Also, given the political tension and gridlock of the past four years, it is unlikely that the new President will be elected with a broad mandate as in past years. But 2016 will likely be a referendum on the political climate of post-civil rights America. The culture wars and the racial conflicts that have come to the forefront in 2015 will play themselves out in interesting ways.

The lower circuit courts may pave the way for the Supreme Court to hear another set of cases related to the Hobby Lobby decision, which will this time focus on whether exemptions for employer-sponsored contraception coverage for closely-held corporations will also be extended to religious non-profits including hospitals and universities. These will likely be a key battleground for religious liberty issues going forward, especially in light of Obamacare’s employer mandates. The growing tension between ever-expanding government and the diminishing private sphere is something to look out for in 2016.

On a related note, racial tensions surrounding the use of force by police in minority communities will pit the issue of crime against the issue of civil liberties in novel and unpredictable ways. Increased pressure for police accountability and transparency by these communities comes in the wake of the emerging surveillance state. Cameras are now pretty much ubiquitous, including the growing practice of outfitting law enforcement officers with body cameras. High profile cases of officers being indicted for excessive force against civilians is unprecedented in America, and is likely to have important implications for how law enforcement is conducted in the future. It would seem that the legal framework governing the justifiable and appropriate use of force is rapidly evolving. One wonders how actual policing – training, tactics, and operational procedures – will change in light of the fact that a police officers’ version of events will become an increasingly less important factor in evaluating use of force than in the past.

But experience also teaches us that the more things change, the more they stay the same. Thus, while a coalition of nations has now coalesced in a fight against the scourge of Islamic extremism, we should not expect that battle to be won in 2016. France, a reluctant partner in the first Middle East war that toppled Iraqi dictator Saddam Hussein, now appears to be eager to take the fight to the enemy. In the aftermath of attacks on its own soil, its stance regarding the threat of Islamic extremism has changed from tepid to quite aggressive. But don’t expect a resolution to the Mideast quagmire this year. This is a millennial struggle that will likely continue to rage on. Although in 2016, there is likely to be a less accommodating stance towards immigrants on the part of Europe – which fears that large amounts of Muslim immigrants could not only pose potential security risks, but also disrupt the cultural dynamics of the continent.

Russia’s adventures in Syria will not bode well for Russia itself or the Middle East in 2016. It has waded into the fray without building the necessary international support for its efforts, and the cost to Russia’s already faltering economy could prove insurmountable. The fact is, Russia is no longer a world superpower, but a regional power with globalist tastes. It cannot sustain a protracted war in the Middle East and risks causing political turmoil at home as it is seen committing precious resources to a war with very little upside in the minds of everyday Russians. This latest adventure reveals Putin’s desperation to remain relevant and avoid a power transition that might not only reveal the voluminous political skeletons in his closet, but also potentially expose Putin himself to the same sort of ruthless persecution he has meted out upon his political enemies over the preceding decades. Look for a political shift in Russia in 2016.

2016 is likely to be a year heralded by domestic politics, culture wars, and geopolitical drama. These issues offer both opportunities and challenges for those who are exposed by virtue of necessity or adventure. But as with all experiences, it is ultimately what we learn about ourselves in the process that is likely to matter most in the end.