The Substance of Things Unseen 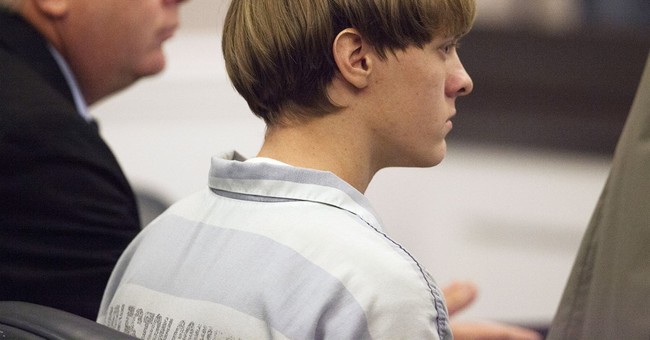 One of the things that really stood out over the past few weeks in the aftermath of the terrible tragedy in Charleston, South Carolina is the incredible grace with which the community of Charleston has borne both its own anguish as well as the intense international media circus that has enveloped the town. Charleston’s response stands in stark contrast to some of the scenes of protest and outright chaos that occurred in other parts of the country like Ferguson and Baltimore.

After such an ugly act was committed in a house of worship, the nation was shamed into acting to remove the confederate flag, which continued to wave irreverently while the other flags at the state’s capitol were lowered in observance of the community’s mourning. The unyielding flag highlighted the need for healing and leadership, and its obstinacy became the focal point of a heartfelt urge to exorcize our nation’s original sin once and for all.

But the victims themselves, their families, fellow congregants and neighbors responded in quite a unique way. Once the culprit had be apprehended and brought back to face what is sure to be a long and conspicuous road to justice, the victims’ families showed up at his arraignment, not to curse the murderer, nor to bury him, but to tell him they had forgiven him. The power in that act of mercy in the face of such unspeakable horror was a wonder to behold. It was reflective of a depth of faith forged by centuries of hardship, struggle and perseverance despite a centuries’ long legacy in the South of incredible racial violence and oppression. It was the faith of a people who had seen their AME church burned down to the ground almost two centuries, in 1821, amid its pastors’ suspected involvement in planning the slave revolt of Denmark Vesey.

After the church was rebuilt, it was subsequently closed in 1834, when all black church congregations were outlawed by the state of South Carolina. To be a member of a black church was in itself considered a revolutionary act in the antebellum South. Not only were ministers among the few blacks who were literate, the power structure feared that the assembly of blacks would lead to sedition against the conditions of servitude – if for no other reason than the fact that Christian teachings urge us to view ourselves as God does: deserving of love and equal in his sight.

But after the Civil War in 1865 Emanuel AME church reopened and has served as sanctuary and a place of religious communion for over a century. The fact that this institution has withstood so much adversity and yet survived and flourished has only strengthened our faith. We know from almost two centuries of experience that justice is a divine ordinance, and that no law of man or human transgression can divert its inexorable decree. The great Reverend Martin Luther King’s famous statement that ‘[the arc of history is long, but it bends towards justice’ is a statement of both faith and steadfast patience that perfectly encapsulates the attitudes of many in the South.

During King’s time, there was a lot of impatience over the removal laws and customs that forced blacks to endure a lower caste of citizenship in America. King himself felt impatient about progress towards racial equality and said so many times. However, he also knew that the means must reflect the ends. He did not believe that you could use violence to overcome violence. His moral teachings and spiritual philosophy of non-violence was vigorously criticized among other civil rights leaders as being naïve, ineffective and downright cowardly.

But it was not. To continue to act peacefully and with dignity in the face of injustice tends to hold a mirror up the perpetrators showing them the ugliness of their behavior. It is often too much to bear when those who would try to uphold a system of oppression have to confront film of citizens trying to exercise their basic rights to sit at a lunch counter only to be beaten with police batons and bitten by German Shepherds. Creative nonviolence is not to be confused with cowardice. It is really a form of power that transcends the usual laws of physics, the dynamic of equal and opposite retribution, and in effect transforms the force of the oppressor into the power of the oppressed.

King’s faith, like the faith of so many devout Christians, was not merely a tactical stance against oppression. It really was (and is) a prophetic vision for a coming world in which justice and peace reign supreme. Faith grounds us in the confidence that if we just keep up our end of the bargain – that is, believing in God and doing good unto others – our reward will come. The truth has a biological advantage, but evil relies upon artifice. Evil needs the veneer of truth to survive, because if people saw it for what it really is, they would reject it outright.

That is in a sense what happened that night at the Emanuel AME Church in Charleston. The killer tried to mask his evil act in a veneer of faux righteousness. He went to the Church, and was welcomed with open arms by people who were truly faithful and peaceful. He almost decided against his dastardly act because the congregants were so nice to him. It had to be an act, he thought. These people could not be so genuine. He thought he could sow seeds of evil and discord by committing a vile atrocity. And although he did actually murder innocent people, he utterly failed in his aims.

His hate was met with love. His vindictiveness was absorbed by forgiveness. He could not cause the good people of Charleston to start hating each other warring against each other. Instead, they came together in a spirit of fellowship and removed a symbol that had bitterly divided the community for decades. Thus we as a nation proved once again that faith is the substance of miracles that no one could have foreseen.