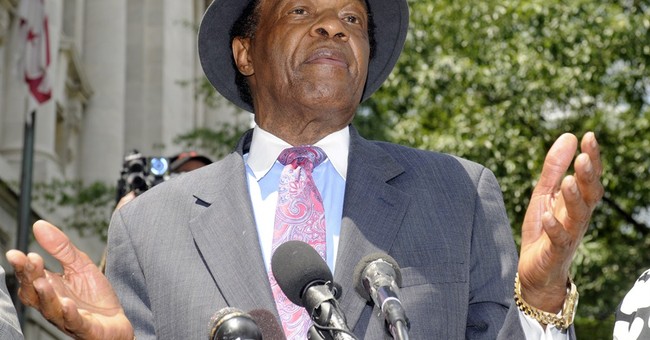 By the time Marion Barry died this November 23, he had already been buried several times by the mainstream media. But each time a chorus of praise seemed to breathe life into a career that many thought had been irreversibly damaged. For the most part, that praise came from the poor and the forgotten. His people were those left behind in D.C. when in the riotous aftermath of Martin Luther King’s assassination, many of the city’s middle class resident hastened their flight to the rapidly developing suburbs.

The suburbanization trend was certainly not unique to D.C., nor caused exclusively by the riots. They were the result of far ranging social and economic factors that had been generations in the making. Black urbanization had started in the 1940s, spurred driven by a search for jobs, equality and opportunity. By the 1970s, American industrialism was on the wane, and many cities found their tax bases shrinking. Municipal resources became strained because, despite the loss of taxpayers, urban populations continued to increase.

Barry was a primary symbol of the new urban political reality. He came out of a deep civil rights background, having been a leader in the student-led movement in Deep South in the 1960s. As a young college graduate, he had the perfect pedigree for a big city Mayor with a black majority electorate. And as a community organizer, he had developed an almost magical ability to empathize with the plight of the people. Some say it was almost too magical.

Barry’s philosophical underpinnings were patently anti-establishment. Even as a mayor, all indications were that he viewed himself, and his constituency, as outsiders. In a city like Washington, D.C, that was certainly a lingering reality. D.C. residents had fought long and hard for home rule, before congress finally passed the Home Rule Act in 1973, which for the first time enable D.C. residents to elect a mayor and city council. Thus Barry rode to power on a wave of social upheaval, and was seen by many in D.C. as the first true representative of the D.C. population, which by that time consisted of a large, poor black majority. For most of D.C. residents during Barry’s heyday, Barry was the first and only mayor they had ever had the opportunity to vote for.

Barry sure had the pulse of the city under his thumb from day one. Early on in his tenure, he made it a point to appeal to the the elderly and the youth. His work in providing housing and services for the elderly will surely leave a lasting legacy and positive legacy. And his insistence upon providing summer job opportunities for any D.C. youth who wanted one still stands as a testament to his amazing political dexterity. He awarded major city contracts to minority businesses for the first time in D.C.’s over 200 hundred year history. He started an annual thanksgiving Turkey giveaway that continues to this day. And for all of this, he got awarded the keys to the city, but the keys to the hearts of many of D.C.’s least powerful.

To explain Barry’s almost cult-like appeal to non-Washingtonians is an almost impossible task. To many around the country Barry is the poster-child of official corruption run amok. Certainly the Federal government felt so, and they went out of their way to expose his weaknesses in a very public fashion. But to many native Washingtonians, it was those very flaws that made him such an endearing character. The everyday citizen who may have been down on her luck could relate to Barry’s flaws. In a sense, being who he was in the position he occupied made the least powerful feel like they fit in somewhere. Whatever their situation was, they knew they had someone they could go to who at least spoke their language.

Marion Barry’s many personal flaws have been more than adequately explored in the public eye, and so they do not bear repeating here. I have never been one to judge someone by their media portrayal in any case. Over the last couple of years, I had the wonderful opportunity to get to know the former Mayor up close. We began a discussion about the possible collaboration on a local news talk show that would be hosted by Barry. As a result we would meet regularly for lunch at the Monocle restaurant near my offices on Capitol Hill. And despite having been out of the Mayor’s office for over fifteen years, Mayor Barry was still one of the most recognized faces in the city. People couldn’t help but gawk when seeing us dining together.

As we talked I began to get a glimpse of the person behind the persona. By this time his health was obviously failing, but he remained passionate about his city and his people. He had fully come to terms with his mistakes, made no effort to hide or sugarcoat them. But he also had his eye on the prize. He wanted more than anything for the people he loved to understand his true motives. He wanted to be in control of his legacy. He spoke repeatedly about trying to get publicity for his autobiography. He spoke about the upcoming thanksgiving turkey giveaway. We rarely discussed current politics though. It was almost as if in the last year of his life he had transcended his role as a politician. He seemed to be yearning for nothing more than real human connection.

It became fairly obvious while spending time with him, that Barry’s driving motivation had never been money or power. He could have had plenty of both had he wished. His major transgressions stemmed from wanting to be liked by all. He valued social capital above all else. And in that sense, despite it all, he remained ever true to the community ethic he espoused so valiantly.