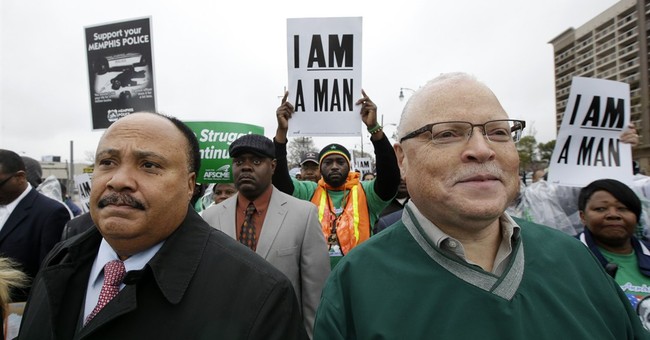 At a time when historically black colleges and universities are struggling to obtain funding for hopeful African Americans students, you would think that the UNCF and other prominent African American leaders would rejoice over the fifth largest donation in UNCF history.

Instead, the reaction to the $25 million donation has been anything but thankful. Some individuals on twitter wrote “UNCF literally sells ‘their soul to the devil’ accepting checks from the Koch Brothers without knowing their evil history” or “Koch donation to UNCF tells children everywhere that money is first and integrity is unnecessary.”

Executive director of Color for Change, Rashad Robinson, said, “Charity is not justice. Giving someone a check at the end of spending years putting in laws to suppress them is not justice. It's cover. It's maybe allowing the Kochs to sleep well at night.”

President of the American Federation of State, County, and Municipal Employees (AFL-CIO), Lee Saunders, wrote a letter to President of UNCF, Dr. Michael Lomax, severing all ties between the two groups.

Saunders wrote, “Therefore it is with the deepest regret that I write to notify you that we must sever our partnership. We are doing this as a result of actions you have taken as president of the UNCF that are not only deeply hostile to the rights and dignity of public employees, but also a profound betrayal of the ideals of the civil rights movement.”

Apparently Mr. Saunders believes that donating $25 million to help send African American boys and girls to college is a “betrayal of the ideals of the civil rights movement!”

Since when did empowering black kids with the opportunity to expand their education become a violation of civil rights? Mr. Saunders falsely argues that since the Koch Brothers have fought for voter identification laws, they must be racist against African Americans.

Civil rights activist and artistic entertainer Harry Belafonte went so far as calling the Koch Brothers “white supremacists.” But why would so-called “white supremacists” pay for the college education of thousands of black students? Isn’t this a direct contradiction?

Does it make any logical sense that because the Koch Brothers have donated to conservative and libertarian causes in the past, their recent $25 million donation is now somehow tainted? Is it no longer possible in America for two groups who typically don’t see eye to eye on many issues to work together on one very important issue: empowering the future generation of black Americans?

The Koch Brothers, like many other American citizens including prominent African Americans like myself, believe big government policies work against the black community by incentivizing dependency over individual choice and freedom.

Accusing the Koch Brothers of racism because you disagree with them on public policy and then telling the UNCF to reject their donation is not only ignorant, but cruel. Cruel to the thousands of black Americans who are currently benefiting and will benefit from the generous donation of two brothers who want to see all Americans lifted out of poverty and receive a high quality education.

President of UNCF, Michael Lomax, made the right decision in accepting the Koch Brother’s money and putting the future of so many kids above politics.

In a statement concerning the donation Lomax said, “UNCF is proud to announce this new scholarship program that will help motivated and deserving students not just get to and through school, but to become our next generation of innovators and entrepreneurs. We are enormously grateful to Koch Industries and the Charles Koch Foundation for their long-standing support of UNCF and for helping to create new opportunities for earned success and a better future for our students.”

Maybe Mr. Saunders and others like him will open their eyes and see that they have the wrong idea about conservatives. We are not cold-hearted and certainly not racist. We simply believe limited government and free market policies give Americans of every color the best opportunity to thrive in this country. Putting individuals above politics was the right choice to make.